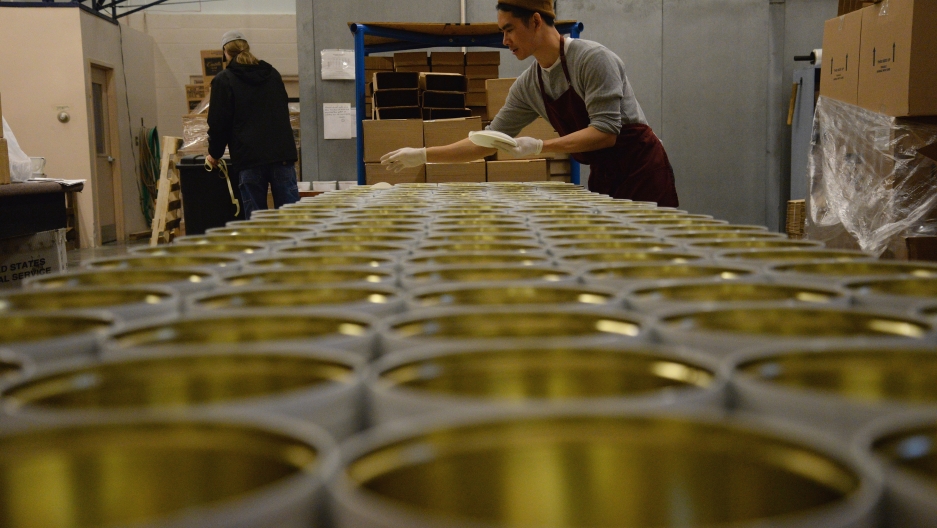 Assumption Abbey is perhaps best known for its fruitcakes. They sell out by Christmas each year, and this year monks made over 30,000. These days, monks from Vietnam do much of the work. Alphonse Le, a 29-year-old monk from Vietnam, had never tasted fruitcake before moving to Assumption Abbey in 2016.

Assumption Abbey’s halls were once full of monks in simple robes.

Now its cemetery is full of simple crosses.

“We just lost two from deaths within three and a half weeks,” said the Rev. Cyprian Harrison, 85, in the library of Assumption Abbey, a Roman Catholic monastery tucked away in the rolling hills of southern Missouri’s Ozark Mountains. “It’s kind of a spiritual harvest time for our community.”

The Rev. Robert Matter was the most recent of Assumption Abbey’s monks to pass on. At 92, he had devoted most of his life to a contemplative monastic life, taking his vocation in 1949 after serving in the US Navy during World War II. 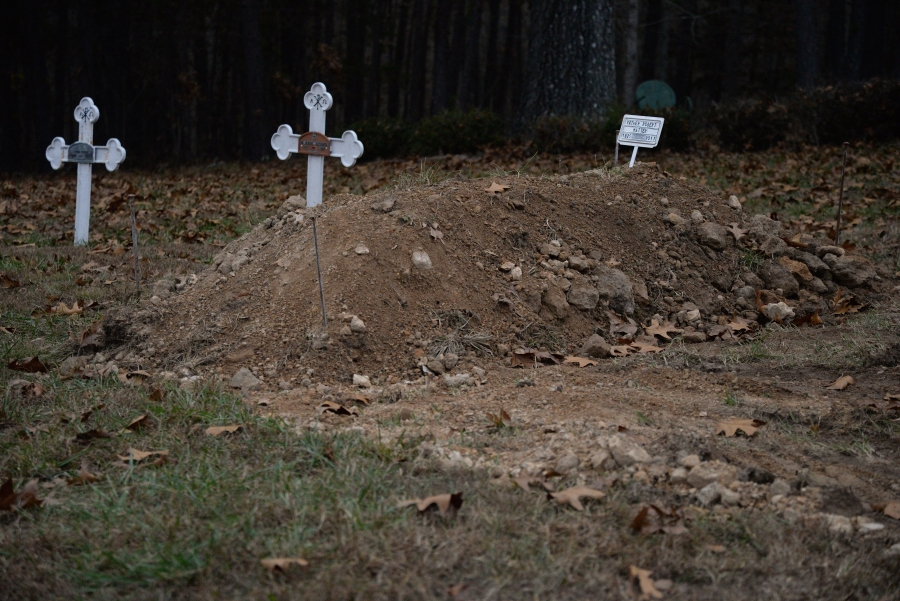 The grave of Rev. Robert Matter on November 16, 2017. He died at age 92, one of two elderly monks who died at Assumption Abbey in just a few weeks.

Simple white crosses, like the one that mark his grave, largely tell the story of this place: It was once full to the brim of young monks, many of them veterans — several fought at the Battle of the Bulge. Assumption Abbey was built in Ava, Mo., in the 1960s as an extension of a crowded Trappist monastery in Iowa.

Over the years, those monks grew older and older, and the number of new monks taking vows grew fewer and fewer. Eventually there were far more white crosses in the monastery’s humble cemetery than there were monks walking its quiet halls. It seemed that Assumption Abbey’s fate had been sealed.

As Assumption Abbey’s monastery was fading, the monastery where Rev. Thaddeus Nguyen lived in central Vietnam was overflowing.

“We are rich in vocation,” Nguyen said. “Each year we have at least 15 or 20 vocations, but the capacity of the house can only receive 10 or 15 of them because we don’t have enough place for them to stay.”

It was a match made in heaven: Two monasteries on opposite ends of the world, different in nearly every way, but united by a common faith. The monks of Assumption Abbey put out a call for help. The monastery in Vietnam answered. The first Vietnamese monks, Nguyen among them, arrived in 2012.

“At first, for us, it was difficult,” Nguyen said. “There is a cultural gap. I mean the understanding between Vietnamese monk and American monk, but it’s not big problem. And we can understand more easier one another [now], and the time comes more easily.”

Today, of the dozen monks who live at the abbey, seven are Vietnamese. They are the youngest monks. Only four are US-born, most of whom are in their 80s or 90s. Another monk is from the Philippines, but has lived at the monastery for decades.

“We’ve found that we’ve been able to gradually blend,” Harrison said. “It’s an interculteration, and it’s working. There’s a good spirit on both sides. The fruits have been good. So it looks like this really is God’s will, and it’s beginning to fly.” 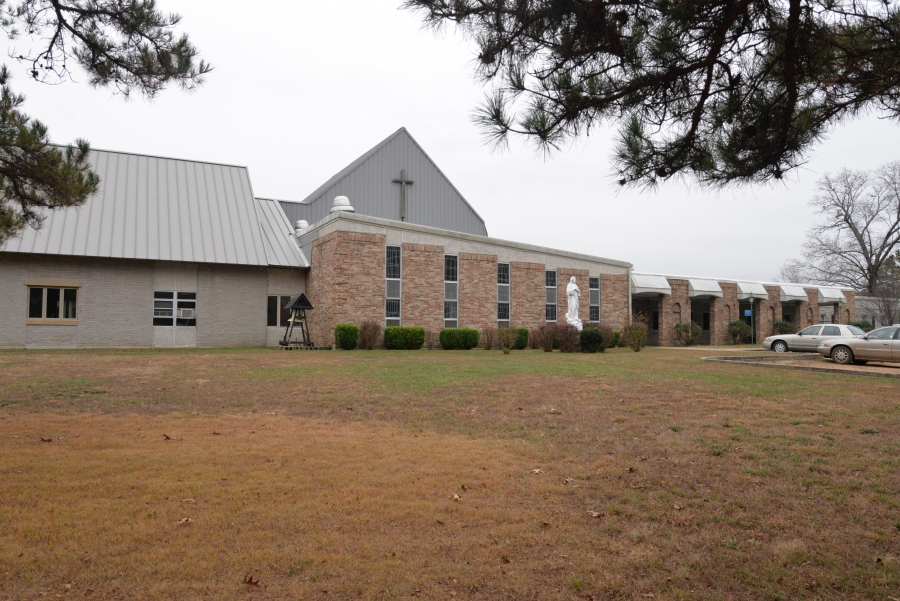 Assumption Abbey was built in Ava, Mo. In the 1960s as an extension of a crowded Trappist monastery in Iowa.

That’s not to say there haven’t been challenges. “The food,” Harrison adds with a chuckle. “Ours was not all that appetizing to them and some of theirs was not appetizing to us, but there’s a gradual blending going on there.”

One result: Vietnamese inspired dishes, made with deer meat.

The American monks are mostly elderly, so it is the Vietnamese monks who have taken on much of the monastery’s upkeep: cooking, cleaning, gardening and working in the bakery. Assumption Abbey is well known for its fruitcakes, which sell out by Christmas each year and are shipped around the world, supporting the monastery financially. This year the monks made more than 30,000 fruitcakes. 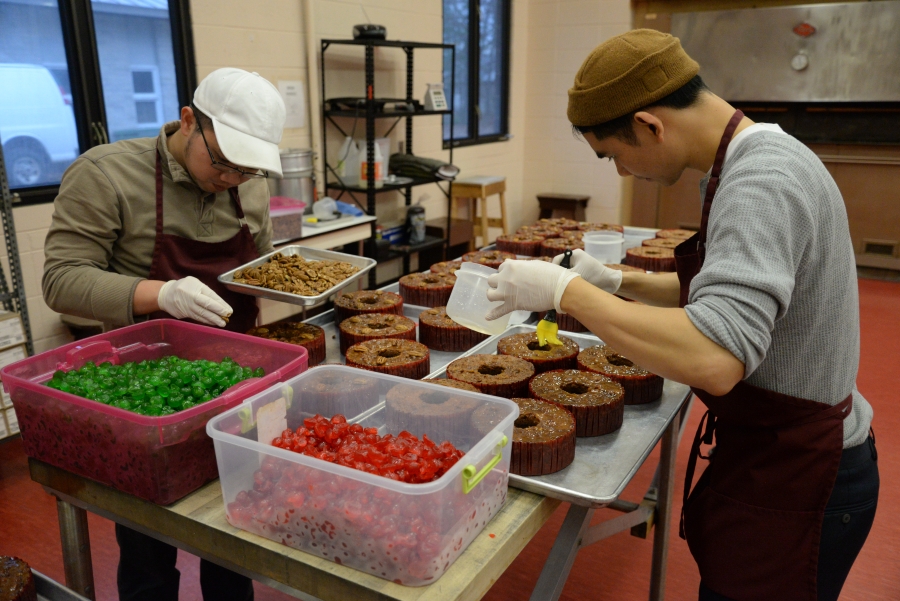 Alphonse Le, right, and another monk from Vietnam decorate fruitcakes at Assumption Abbey’s bakery on November 17, 2017. The monks bake and sell around 30,000 cakes each year to support the monastery financially.

Hear Rev. Thaddeus Nguyen on the challenges of being in the same religious family, but being different nonetheless.

Unboxing fruitcake tins, Alphonse Le, a 29-year-old monk and Assumption Abbey’s most recent arrival from Vietnam, reflected on his journey to southern Missouri. “I think that it is the will of God,” he said. Le often chats with guests in the monastery’s guesthouse, eager to improve his English.

Thanks to monks like Le, the simple white crosses behind Assumption Abbey, overlooking a seemingly endless expanse of rolling, forested hills, are no longer the monastery’s final chapter.

“It reminds me of my years when I entered [the monastery],” Harrison said. “That was a time not too long after World War II, vocations were pouring in — a lot of young men, energy and whatnot.”

“So in a sense, this is a renewed experience of my early years. It’s very interesting. Very heartening.”