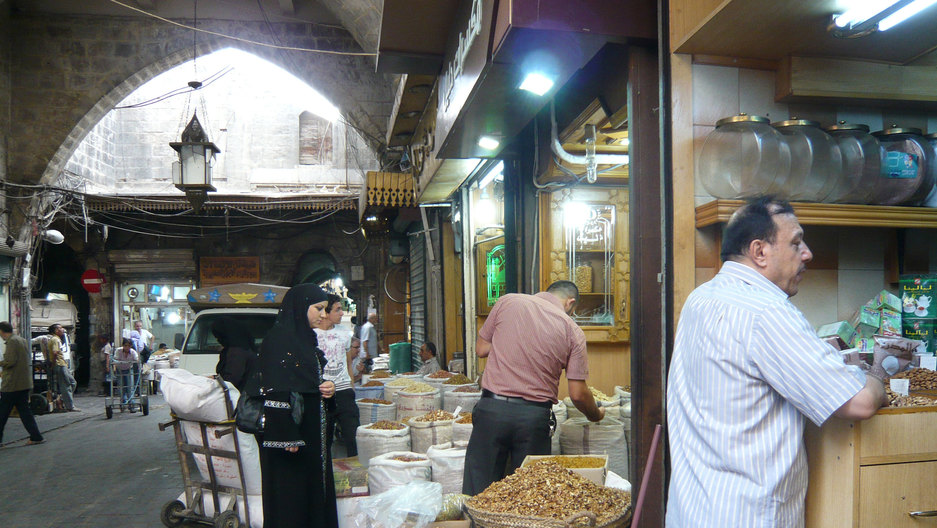 People shop in the Old City souk in Aleppo in this 2010 photo.

It used to be one of the most vibrant marketplaces in the Syrian city of Aleppo, but today, the bombed-out streets of Khan al-Harir are home to a solitary shop selling tablecloths.

The 62-year-old with a snow-white beard and glasses decided to return to the historic souk five months ago to reopen the shop he had managed for years.

"I cried when I first came back. I found total destruction all around me. The stores were destroyed, the streets covered in rubble and rocks, and the buildings collapsed," he said. "So I repaired it myself, to prove to the whole world that Aleppo's Old City still has a soul." 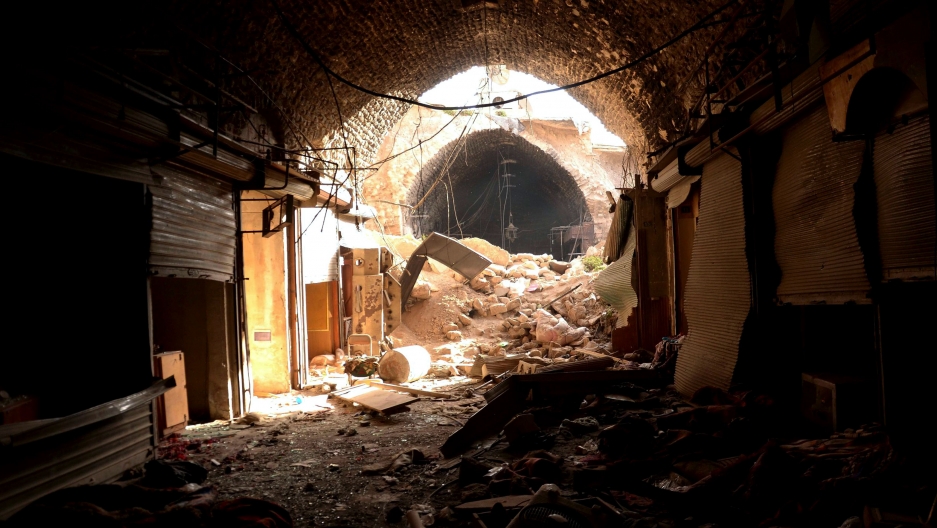 This 2013 photo shows damage to one of the souks in the Old City in Aleppo.

Khan al-Harir, or the Silk Market, lies in the celebrated Old City of central Aleppo, a UNESCO world heritage site.

Its historic covered market was the largest in the world, with some 4,000 shops and 40 caravanserais (inns built to shelter travelers along the Silk Road) in a labyrinth of alleyways selling everything from housewares to artisanal products.

For four years, the Old City was on the front line of battles between government troops in the city's west and rebels in the east.

But a blistering, Russian-backed offensive saw Syria's army retake swathes of the country, and in December 2016 the government declared it was once more in control of the whole of Aleppo.

Much of the Old City remains scarred by fighting, but part of the Souk al-Jumruk marketplace reopened last month. Other shopkeepers have slowly begun returning to assess the damage.

Shawash, a native of Khan al-Harir, was one of them.

"I was raised here and I used to open my shop from 7 a.m. until late at night. I knew everyone around me," he said.

"The streets were full of passers-by, stalls, restaurants and people selling clothes, carpets and furniture. But now there is no one."

When he returned earlier this year to check on his shop, he found a wall had collapsed, the goods were either gone or burned, and the streets were eerily empty.

"It's not just about losing money or stock. I lost my neighbors, I lost my people, I lost myself."

For a week, Shawash piled bricks, cement, and stone in a small wheelbarrow and navigated it through the ravaged streets to repair his shop by hand.

"I would arrive completely exhausted because the streets are narrow and there was rubble everywhere, which meant cars couldn't get through," he said.

He has since resumed his daily ritual, laying out multicolored plastic tablecloths and mats for display, many of them still wrapped in protective plastic.

Shawash then sits down on a plastic chair and waits for customers, his prayer beads in hand. For hours no one stops, so he packs up his goods, locks the metal door and heads home.

With a dearth of customers, he said he was barely making enough "to buy a falafel sandwich".

"Aleppo is the symbol of civilization," he said. "I'm proud to be the first one to reopen my shop in this souk, but I hope that life returns to the market."