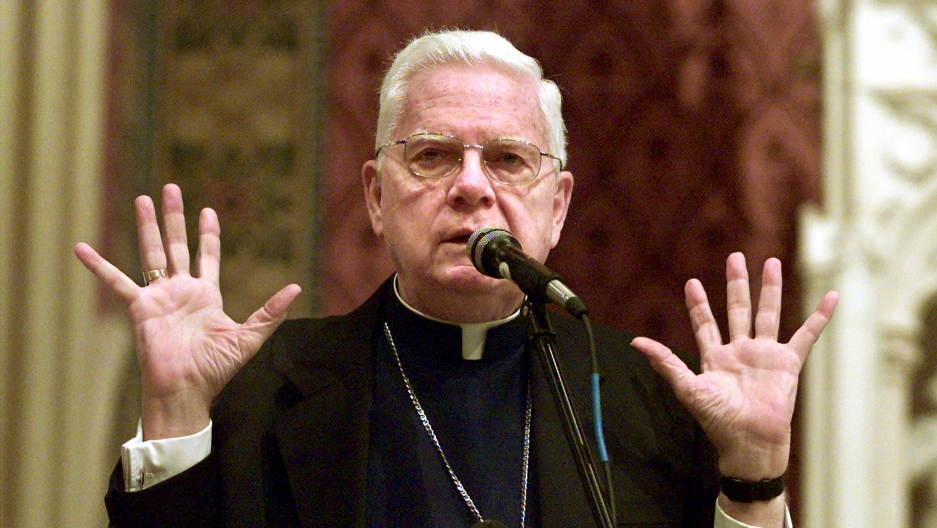 The dramatic fall from grace of Cardinal Bernard Law, formerly one of America’s most prominent Catholic leaders, was glaringly evident once again on the front page of the newspaper that precipitated his demise.

That was the headline in Wednesday’s edition of the Boston Globe.

At one time, Law was described as a clergyman who could very have well become the first American pope. The veteran Vatican correspondent John Allen writes that the former Archbishop of Boston was “a titan of 20th century American Catholicism, [who] … was at the center of virtually every major development in both the society and the Church of his time."

Law died early on Wednesday morning in Rome at the age of 86.

Ultimately, his legacy will be dominated by one thing: Law’s role as the Boston archbishop during the scandal over child sexual abuse by Catholic clergy that erupted in Boston area in early 2002.

“It was absolutely shocking to Catholic parents like myself that Cardinal Law had known that this pedophile priest John Geoghan was abusing children, and [Law] kept him in ministry,” says Anne Barrett Doyle of the watchdog group BishopAccountability.org.

But it turned out that the story was a great deal bigger than one abusive priest.

“By the end of 2002,” Doyle says, “we understood that [Law] had mismanaged more than 100 abusers in the Boston archdiocese, knowing that children were gravely hurt as a result.”

Acknowledging the pain and anger in the wake of the clergy sexual abuse scandal, Law’s successor Cardinal Sean O’Malley on Wednesday issued a statement saying, “As Archbishop of Boston, Cardinal Law served at a time when the Church failed seriously in its responsibilities to provide pastoral care for her people, and with tragic outcomes failed to care for the children of our parish communities.”

“I deeply regret that reality and its consequences,” the statement from O’Malley said.

And the story is far from over, says Doyle. She gives Pope Francis credit for being the first pope to say that Catholic bishops must be held accountable for clergy sexual abuse of children. “But [Francis] has been a huge disappointment when it comes to actual results,” she says.

“He never so much as said a disapproving word about Cardinal Law,” Doyle says. “Pope Francis, unfortunately, although he is a breath of fresh air and is progressive on a number of issues, has not delivered on this really crucial issue of getting rid of bishops who cover up for [abusive] priests.”