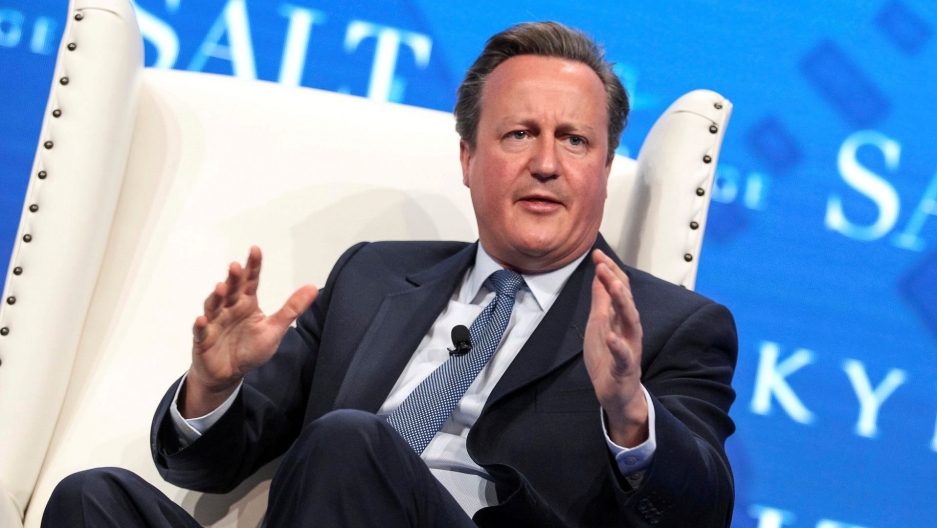 The former British Prime Minister David Cameron will chair a $1 billion Chinese fund to help implement the One Belt, One Road, initiative, a global infrastructure project Chinese Communist Party Secretary Xi Jinping has championed. The fund, a Cameron spokesperson said, will “invest in innovative and sustainable growth opportunities in both the UK and China to create jobs and further boost trade links.” Cameron, the spokesperson said, is “very proud of his work launching the golden era between the UK and China.”

It’s also a golden era for China’s place in the world — and a hiring decision by Beijing that could help soothe some historic wounds. The most comparable era to the present when it comes to Sino-British relations is probably the late 18th century, a period of Chinese prosperity and prominence, in which the Chinese emperor, Qianlong, sent a famous letter to the British King George III. “Our Celestial Empire possesses all things in prolific abundance,” he wrote, “and lacks no product within its borders.”

The United Kingdom found that, in fact, opium was a product the Chinese did not possess in prolific abundance and began exporting mass quantities to the nation. The 1839-1842 first Opium War, resulting in part from a Chinese desire to end the opium trade, started what Beijing refers to as the "Century of Humiliation." That period, ending with Mao Zedong’s 1949 proclamation of the People’s Republic of China, saw the nation colonized and invaded by Western powers and by Japan. Perhaps the climax came during the second Opium War in 1860, when British and French forces destroyed the emperor’s summer palace.

Those historical memories continue to rankle. And the Communist Party continues to nurture that state of victimhood, despite its comfortable status as the world’s second-largest economy and second most powerful country. The party loves to remind its citizens — and foreign ex-imperialists — how naughty powers carved up the country, and how disgraceful that was for the Chinese people.

“After the Opium War, China had been repeatedly defeated by countries which were smaller and less populous,” Xi said in a speech this summer. “China’s history is full of the nation’s humiliation, and the people’s sorrow.”

Cameron’s hiring fits into this context. It must be said that this is a very smart investment for Beijing. What greater way to remind Chinese that the Communist Party represents a source of national strength than the wooing — at a fairly low position — of the former head of the government of the United Kingdom? In May, Xi pledged $124 billion to One Belt, One Road, so Cameron’s portion represents less than 1 percent of it. And though no one who represents the party would ever dream of saying so publicly, the decision feels like it carries a whiff of revenge: a move that fits within the same universe as Donald Trump’s public consideration of his sometimes rival Mitt Romney for US Secretary of State.

The move also demonstrates just how much legitimacy the party has internationally. (And it raises questions about whether Beijing might try to influence politicians by dangling the promise of future payouts, like the debate around the impropriety of former members of Congress working as lobbyists.) Compare Cameron’s decision to work for Beijing with the public opprobrium former Prime Minister Tony Blair received for his choice of consulting partners after he left office. Blair found himself pilloried in the British press — especially after he downplayed Astana’s 2012 massacre of more than a dozen protesters. And yet Cameron’s decision has been met with mostly neutral press coverage, on both sides of the pond. “China’s global economic ambitions require help, and it’s entirely appropriate for the United Kingdom to offer it,” a commentator wrote in Foreign Policy Magazine.

That Beijing is now a safe place for prominent former statesmen to represent is a massive change, and another indication of many that Beijing can allow the memories of the Century of Humiliation to dissipate.