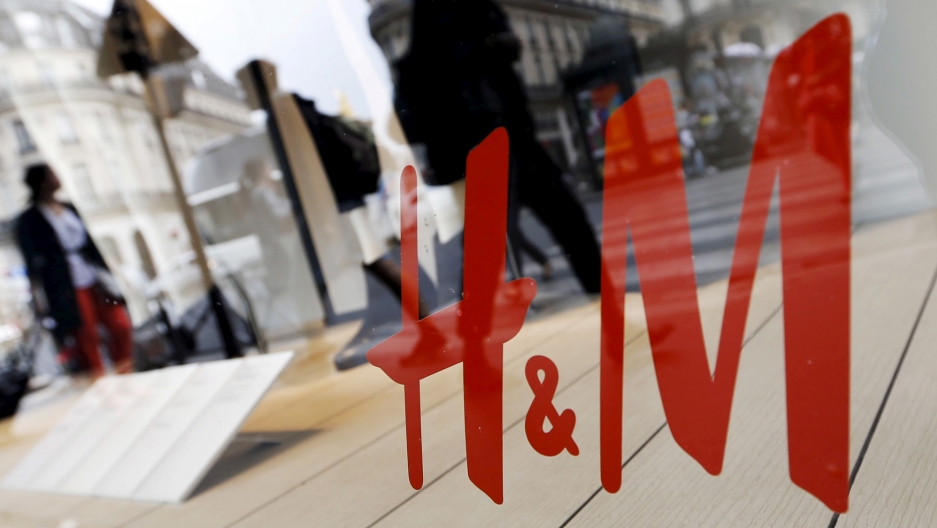 People walk past the window of a H&M store in Paris, France.

On Across Women's Lives' recent reporting trip to Bangladesh, we interviewed several women about work conditions in the garment factories. We were trying to find out whether the factories they work in are any safer from fires and collapse than they were several years ago when a tragic accident took the lives of over 1,100 workers at Rana Plaza.

The workers we spoke to told us their factories are well-equipped for emergencies. But one woman's story was different. She's 19 years old and had been working at a factory that sells clothing to retail giant H&M. She says she put in her notice there because she claims she was harassed by a manager. In fact, she alleges that many of her co-workers have been harassed at the factory.

This conversation happened with the backdrop of the #MeToo campaign in the United States, and the growing movement of women who are outing their harassers all around the world. It got us wondering: Does the woman who makes your clothing get to say "me too"?

We reached out to H&M, which responded with the following statement: "H&M does not accept sexual harassment in any form. This is stated in our Sustainability Commitment which all suppliers we work with need to sign and comply with. We require factories to have a zero-tolerance policy against any kind of harassment. The factory you refer to is part of our Workplace Dialogue Program, focusing on problem solving, labor law and grievance handling, including requirements that all workers should be treated with respect at the workplace. When cases of sexual harassment are brought to our attention we take it seriously and do a thorough follow-up according to our routines. In this particular case, we have so far not managed to get confirmed information, but our local team in Dhaka will continue to investigate. A thorough follow-up will require further and detailed information on this specific case."