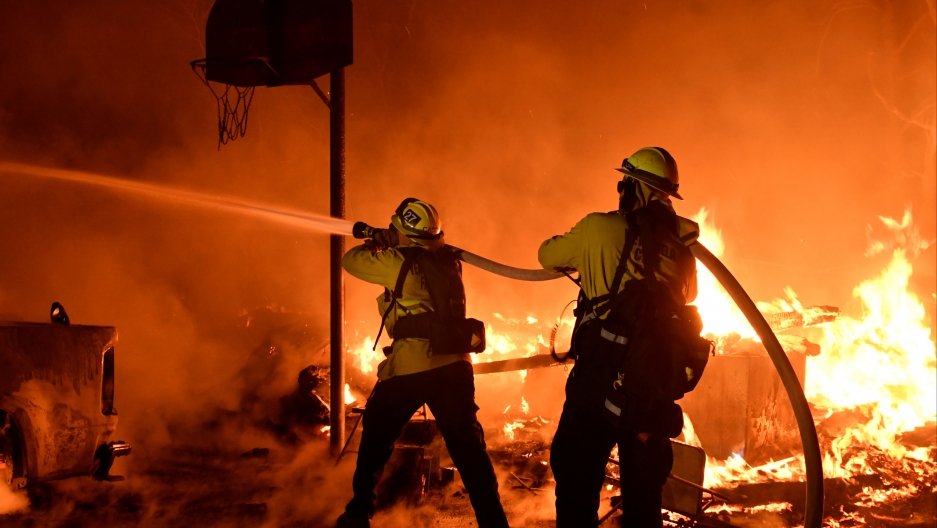 It’s been more than 250 days since it last rained in southern California.

Related: Firefighters race to get control of California wildfires

But it’s not just people and infrastructure that are in danger — fires also threaten indigenous cultural sites.

That’s where Gilbert Romero comes in. He’s a fire captain for the Santa Ynez Band of Chumash Indians, but he’s also one of the department’s “cultural specialists.”

Romero grew up wanting to protect Chumash heritage and culture. His father has done a similar job for the tribe for decades, going to construction sites and working with archeologists to protect sacred sites as a monitor.

“He still does it to this day — that's his love and his passion,” says Romero. “It’s one of mine as well.”

But Romero says it can be difficult balancing his roles as a firefighter and a cultural specialist.

“I know that we're not always going to save all the sites. There's going to be times where we need to save people's lives,” says Romero. “Cultural sites are important to us. But my number one job that I'm hired to do is [be a] firefighter.”

Related: After the California wildfires, community leaders are trying to rebuild homes — and trust in government agencies

You can listen to more about the Chumash Fire Department above.