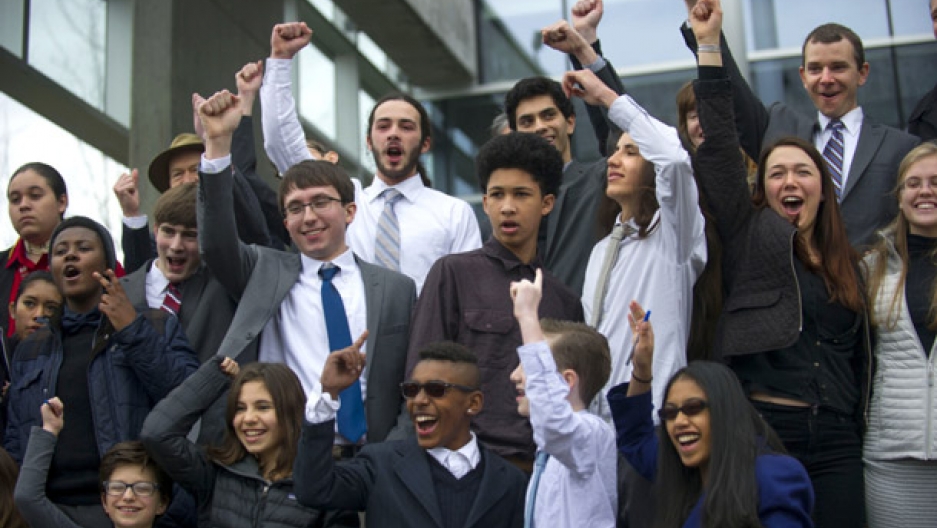 A group of 21 youths is suing the US government for its failure to protect their future by preventing harmful global warming impacts, but the Trump administration says the case should be dismissed.

In May 2016, a group of young people aged 9 to 21 filed a groundbreaking lawsuit in Oregon federal court alleging that the failure of the US government to act on global warming violates the constitutional rights of young people to life, liberty and property. The Trump administration is trying to block the suit from proceeding to trial with a petition to the 9th Circuit Court of Appeals.

The Justice Department’s appeal, known as a mandamus action, is an “extraordinary remedy, very rarely granted," according to Vermont Law School professor Pat Parenteau. “It was unusual that the court decided not only to have briefs on this but to hold an oral argument,” he says.

The 9th Circuit Court of Appeals heard oral arguments on Monday, Dec. 11th. According to the Washington Post, at least two of the three judges on the panel expressed “skepticism” about the Justice Department's claim that the suit should be halted because it is unduly burdensome to the administration.

In essence, Parenteau suggests, the Trump administration is telling the Court of Appeals they find the whole thing annoying, so please make it go away.

“Their argument basically is, ‘this is diverting us from more important work that we need to be doing,’” he explains. “The Justice Department under Trump has [argued] that the discovery process would require witnesses as high as cabinet officers such as Rex Tillerson, who, of course, was a former CEO of Exxon, to appear for a deposition under oath and answer very probing and probably uncomfortable questions.”

In addition, EPA administrator Scott Pruitt, who has questioned whether carbon dioxide is a major force causing climate change, would be called to explain himself under oath.

“He’s going to be asked, ‘On what basis do you make a claim like that and are you saying that you're not going to use the authorities you have under the Clean Air Act to address carbon pollution?’ ” Parenteau explains. “Those are the some of the questions that a trial would get at.”

If the case goes to trial and a judge should find for the plaintiffs — the kids — that would be a “monumental decision,” Parenteau said.

A court in the Netherlands, for example, found that the government had a constitutional duty to address climate change — and the Netherlands is already doing quite a bit, while the US government is doing almost nothing, Parenteau points out.

“The court in the Netherlands said, ‘You, the government, your primary mission is to protect the safety of the people, not only of the Netherlands but of global populations,’” he explains. “A decision in the United States that came anywhere close to that, that said there's a constitutional duty on the part of the federal government to stop withdrawing from international agreements, to stop repealing laws like the Clean Power Plan … and all down the line — that would be probably one of the most [consequential] decisions we've ever seen in the United States."

As for how sympathetic the judicial panel might be to the kids’ case, Parenteau says these things are always difficult to predict. Judge Alex Kozinski, "one of the most conservative jurists in the country,” according to Parenteau, is an almost certain vote against the case proceeding. The other two judges could go either way, he believes.

“This is a case in which the oral argument might make a very big difference in the outcome,” Parenteau says. “Usually, these cases are pretty well decided once all the briefs have been filed and the judges have had their clerks doing research. The fact that they have actually scheduled oral argument I think means the decision is up in the air and is up for grabs.”

The formal trial is scheduled to begin early in 2018. The 9th Circuit panel indicated they hope to rule on the government's appeal before the end of the year.