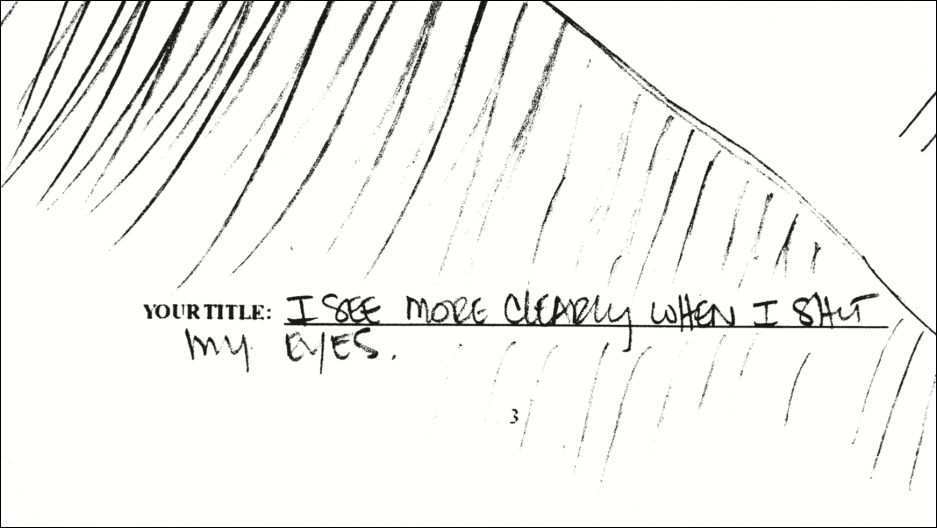 A drawing done by Kerrie Hillman during a Torrance Test of Creative Thinking.

The man nicknamed “the father of creativity” was psychologist E. Paul Torrance. In the 1940s he began researching creativity to help improve American education. In order to encourage creativity, we needed to define it—to measure and analyze it. We measured intelligence with an IQ score; why not measure creativity?

Torrance drew on contemporary research that related creativity to divergent thinking—the characteristic of coming up with more answers, or more original answers, rather than deriving a single best answer. That divergent-thinking trait might exhibit itself in different situations, so that, in Torrance’s view, the creativity shown by an artist was not different in type than the creativity shown by a scientist, a teacher, or a parent. The Torrance Tests of Creative Thinking were the work of Paul Torrance’s lifetime. They are still widely used to assess students and job applicants, and have been translated into more than 50 languages.

But there’s a problem. “I’m not sure I have a definition of creativity,” says James Borland. And Borland should know — he’s a professor of education at Teachers College, Columbia University.

“It’s one of those human constructions that isn’t discovered but invented ... It’s a word we use in everyday speech and it makes perfect sense, but when you start to study it and try to separate out its constituent parts, it becomes more and more and more confusing. Nobody agrees on what it is.”

How can we measure something if we can’t agree on what it is?