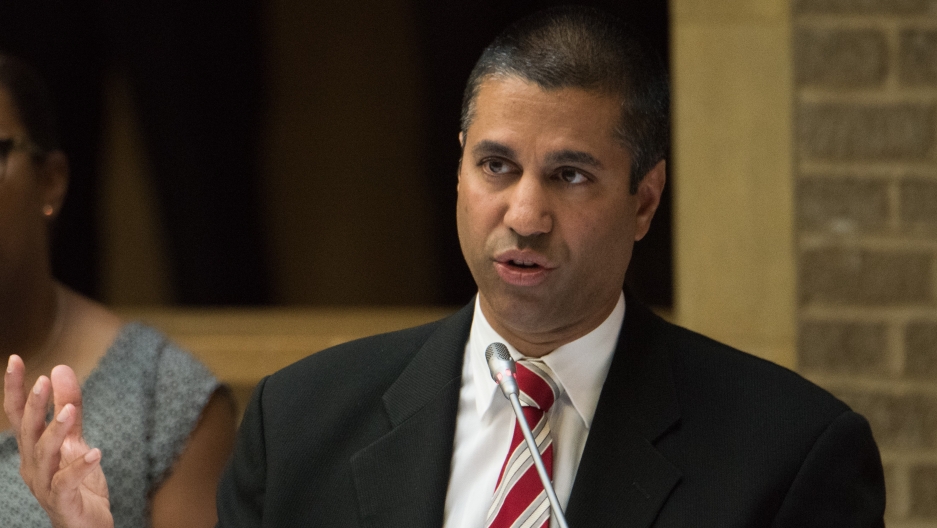 On Dec. 14, the Federal Communications Commission is expected to vote to end “net neutrality” — rules that keep internet service providers (ISPs) from creating paid fast lanes for some content, while blocking or slowing downloading speeds for other content.

FCC Chairman Ajit Pai has dubbed net neutrality “a solution in search of a problem,” and argues that since the Obama administration adopted firm net neutrality rules in 2015, investment in internet infrastructure has declined, and ISPs have struggled under the complex regulations. He refers to his planned repeal as “restoring internet freedom.”

“And that’s very important for a number of reasons, the most important of which is that the FCC ... if this is adopted on Dec. 14, will have no oversight whatsoever over the broadband market,” Sohn explains.

Sohn adds that the repeal would also eliminate the ban on ISPs blocking, throttling or prioritizing certain internet content. “[But] he’s leaving in a rule that says that broadband providers have to tell you that they’re blocking, that they’re throttling, and that they’re providing slow lanes,” she says.

“Comcast actually blocked VPNs in the early 2000s,” he notes. “AT&T didn’t want Wi-Fi devices to be attached. Comcast blocked peer-to-peer [filesharing], peer-to-peer video. There was blocking by AT&T of Skype on the iPhones. So there’s a long history, and there’s no reason to expect they wouldn’t want to do more blocking in the future.”

Last April, on the same day that Pai announced his plan to roll back net neutrality rules, Comcast deleted a statement on its webpage saying that “Comcast doesn’t prioritize Internet traffic or create paid fast lanes.” ArsTechnica senior IT reporter Jon Brodkin uncovered the deletion and covered the story.

“Now, [Comcast is] still saying they have no plans to do paid prioritization,” Brodkin points out. “But you know, pulling back from the commitment, that makes it easier for them to do it later because if they promise something and then fail to uphold that promise, the Federal Trade Commission could step in.”

Even if the FCC votes to repeal net neutrality on Dec. 14, the rollback will likely face legal challenges. And in an op-ed for the New York Times, Wu explains that it’s not certain that courts will side with the FCC.

“There [are] principles of administrative law that say that courts can’t jettison something that’s been relied on for a very long time unless there’s a good reason, usually a change in conditions,” Wu says. “And you know, this policy has been a great success. Internet economy is the golden goose of the US economy. It’s been that way for a while. And so, you know, [Pai] needs a good justification. I don’t think he’s got much.

“His biggest claim is that, you know, cable and phone companies aren’t making enough money, that they need to make even more because they need greater incentives to invest. I think he’s got an uphill battle, and a panel may strike it down.”

But what if net neutrality is repealed, and the repeal holds up in court?

“The worst part of this whole thing is that if Pai’s plan passes, then the FCC will have no oversight over access to the most important network of our lifetimes, and it really shouldn’t be that way,” Sohn says.