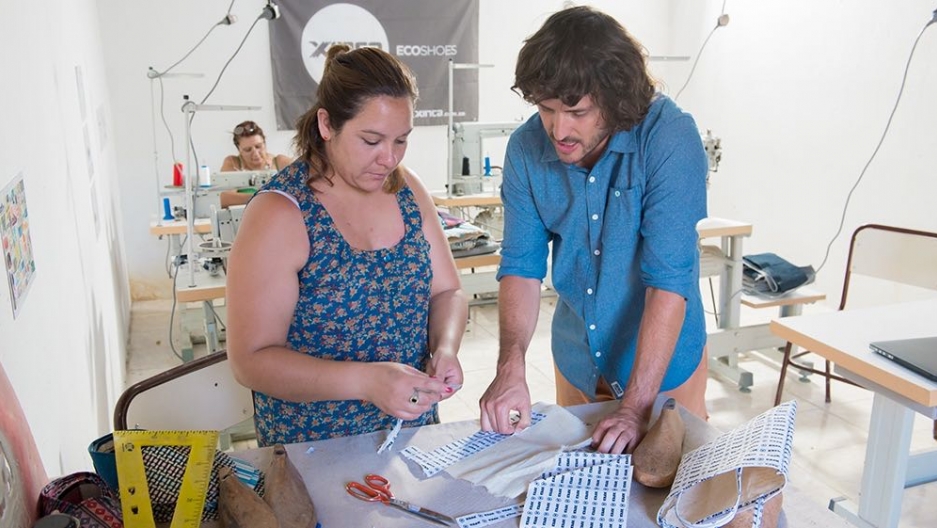 Alejandro Malgor is pictured here with a woman, Johana, who was Xinca's first female employee.

More than 100,000 tons of rubber tires are disposed of every year in Argentina. The majority of them are burned, contributing to the country’s already huge air pollution problem. So, when Alejandro Malgor and two of his friends, Ezequiel Gatti and Nazareno El Hom, realized they wanted to start a business, they decided to focus on tackling the problem — and make shoes from the discarded tire scraps.

But the trio didn’t stop at tackling environmental issues; they wanted to generate opportunities for the unemployed, and particularly single mothers, in their hometown of Mendoza.

“The garbage we generate creates opportunities for everyone,” Malgor explains.

Xinca currently employs 25 women from rural areas, where much of the production is done. Malgor says he is committed to working with local communities and enabling single mothers to remain heads of their families by providing them with employment opportunities.

“We like people and companies who buy our products to know they are helping empower women and people excluded by the system,” he says.

Although Argentina has finally pulled itself out of recession, the gap between poor and rich remains vast, with 50 percent of workers earning less than the minimum wage, and more than 32 percent of Argentinians living in poverty.

Xinca’s main objective is to empower women who don’t have access to education by providing them the training they need to work. Malgor says he and his co-founders want to give women back their dignity by helping them become independent through earning their own income.

"We want to help single mothers because they are so important to society. They are strong women who want to give the best lives for their children, but sometimes they do not have the resources or the tools to do this," Malgor says. 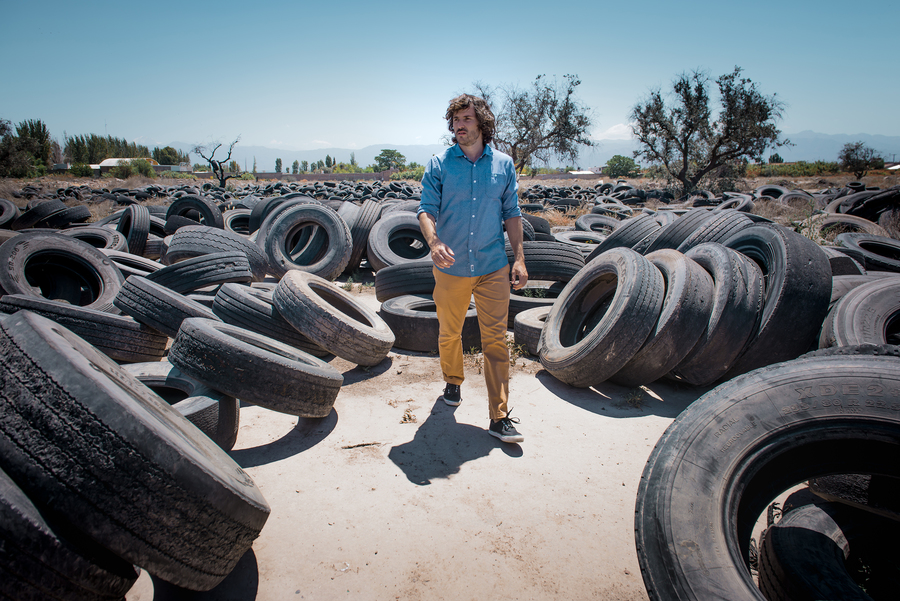 Alejandro Malgor is shown with the tires his group recycles and uses to make shoes.

That's where Xinca comes in: “We teach the women how to work as a team, how to take responsibility in a job. When they learn new skills, the women get better self-esteem and more confidence. Having a job means they don’t only learn new tools for work but they grow personally, too.”

A 2014 study found around one in four Argentine homes are led by single parents, 72 percent of whom are single mothers.

Mauricia Vargas is one of those women. At 40 years old, she is the mother of two children, and she raises them alone. Before joining Xinca in 2014, she worked in agriculture. The farm work was hard, required long hours and paid little. Xinca offered her a chance to learn new skills and earn more money to support her family.

“For me, having a job means economic help and at the same time, to learn things I like,” Vargas explains. “This opportunity is very good because you are not just learning, you are meeting incredible people in the job and earning money at the same time.”

A 2010 census in Argentina found 1.7 million of the country’s women worked in rural areas. According to the United Nations Food and Agriculture Organization, rural women represent one-fourth of the world’s population and produce more than half the global food supply, but still face economic, social and gender inequality. The FAO identified key problems for rural Argentine women including lack of opportunities for education, training and employment and difficulty in accessing credit and to plan an “autonomous future.”

“The women we employ are women who want to get ahead, who want to improve the quality of life for their children, but who don’t know how to do it,” Malgor says. “So, we generate economic and social opportunities so they can do this for themselves.”

Since launching in 2013, Xinca has already recycled 20,000 kilograms of tires, which are provided by a recycling plant in Argentina’s capital, Buenos Aires. Malgor and his team don’t just focus on recycling tires, either. To make the shoe itself, they collect textile scraps from the fashion industry and have established several partnerships with companies who donate the fabric to Xinca.

“The process starts in the recycling plant, where we separate the metals from rubber,” Malgor explains. “Then, we cut the shoes directly from the tires. For the other part of the shoe, we reuse fabric from the fashion industry. We have partnerships with different brands that want to communicate that they are taking care of their waste."

Xinca sells its products, which now include backpacks and caps, online as well as through the ethical clothing giant Patagonia. It's hoping to use the money it won in a 2017 competition, The Chivas Venture, to expand to Australia, Chile and Uruguay. The company currently makes 1,500 pairs of shoes a month. 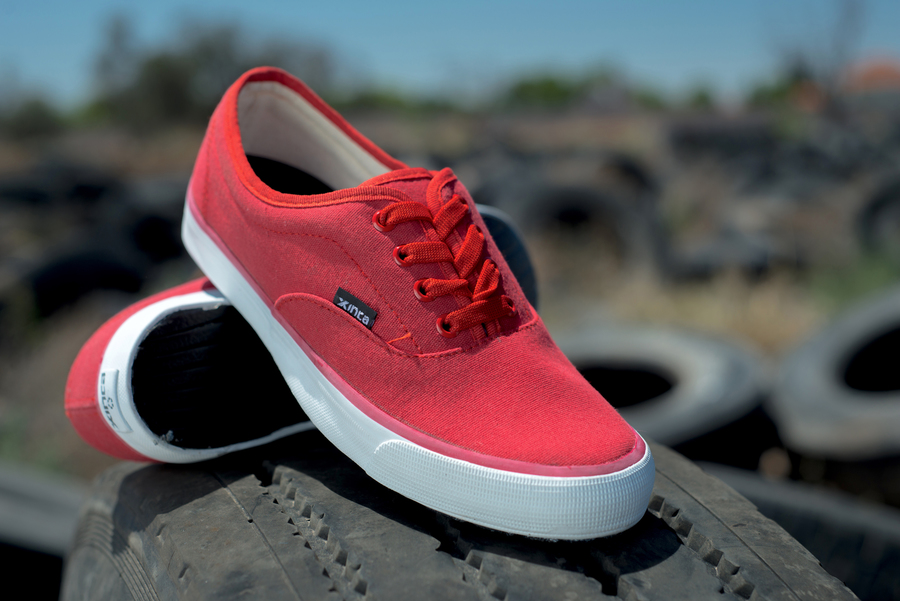 These shoes are an example of what Xinca produces from recycled tires.

Argentinian law requires companies to provide their employees with new shoes every six months, and Xinca recently signed a contract with the municipality of Quilmes to be the official supplier. The company also has a partnership with Boca Juniors, so that for every pair of shoes sold, one is donated to a boy from a low-income background.

Long-term, Malgor is looking to encourage other businesses to adopt a sustainable model of labor that includes women.

Malgor is aware of his own privilege and says his “easy life with many opportunities” has spurred him to give “at least one” opportunity to people who have not had the same start in life.

“We want to redefine what it means to be successful in business. We want to think of success as who we help and not just the money we make.”

For more of AWL's "Wear and Tear" series:

Her job at the mill bought her a new, better life and How a sweatshop raid in an LA suburb changed the American garment industry  and Are factories better in Bangladesh after Rana Plaza? That depends on who you ask and How do consumers make good choices about clothes? Spider silk and brand transparency and How we can create fashion that is inclusive and adaptive or participate in our interactive: How fair is your fashion? Take the quiz.