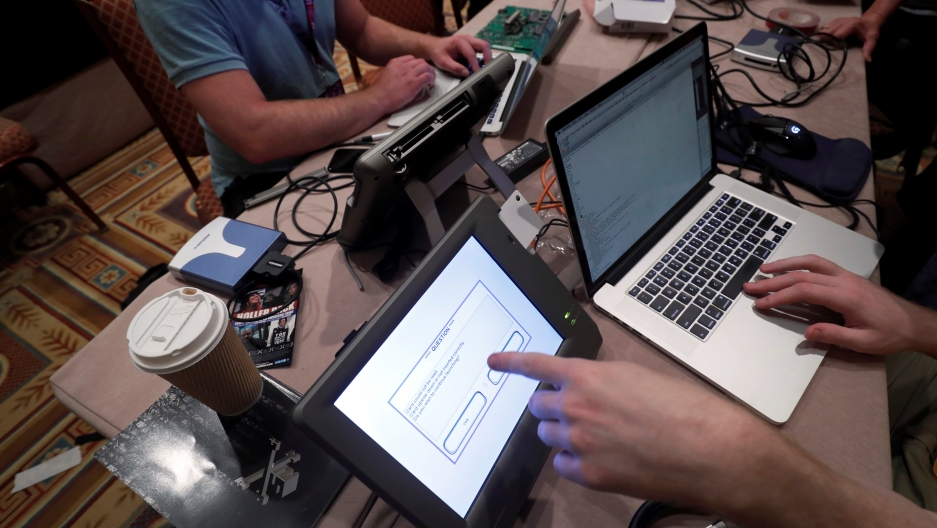 Hackers try to access and alter data from an electronic poll books in a Voting Machine Hacking Village during the Def Con hacker convention in Las Vegas.

Every time you visit a website, you're using the Domain Name System, or DNS.

Think of it as the internet’s directory. Each website has an easily readable host and domain name (PRI.org, for example) that the DNS converts into a unique, numerical Internet Protocol address so you can load the page you're looking for.

The DNS is used around the world, but Russia wants to build an alternative in 2018.

They say it's a matter of national security, but having an independent internet could also increase Russia's censorship, surveillance and cyberwarfare capabilities.

Mitch Stoltz of the Electronic Frontier Foundation says that with an independent DNS, Russia could remove access to certain websites, lead people to spoofed websites and even mount attacks on the global DNS system without risk to itself.

But it’s an enormous project. “Every computer and phone and internet-connected device in the world has to be configured to talk to particular DNS servers,” Stoltz says.

To have a truly independent internet, he says, the Russian government would have to “reconfigure every internet-connected device within Russia to talk to that system.”

You can hear more about Russia's plans for an alternative DNS above.