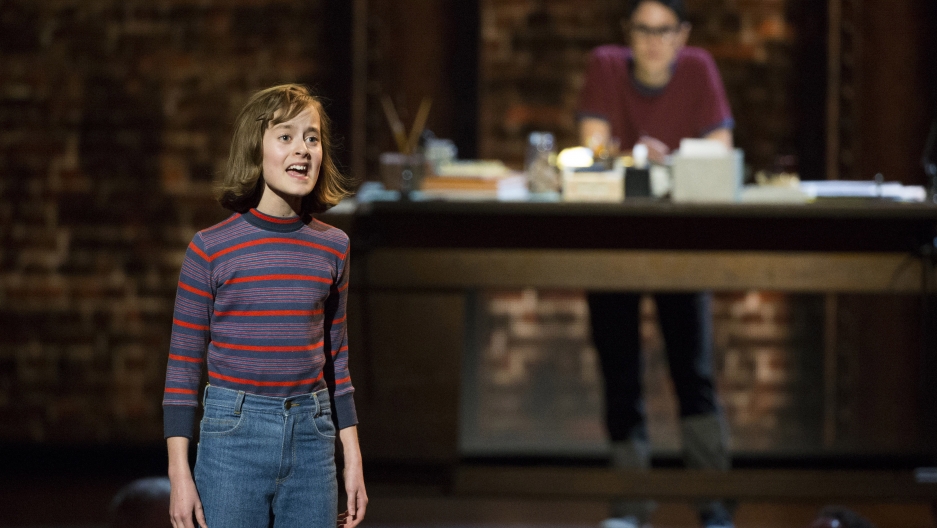 Openly gay characters have become more mainstream in theater since the 1960s, but there’s still be a noticeable gender lag: while successful shows like “Angels in America” and “The Normal Heart” have focused on gay men’s issues, there really haven’t been as many shows about lesbians. That changed dramatically in 2015 with the hit show “Fun Home,” the musical adaptation of Alison Bechdel’s graphic novel memoir.

Adapted to the stage by composer Jeanine Tesori and playwright Lisa Kron, “Fun Home” won 5 Tony Awards and met with resounding applause on its national tour. Reflecting on the show’s success, Kron says, “I think Fun Home is has come to Broadway when there's been this accretion of images of GLBT people, where there's enough of a framework there that audiences who a few years ago wouldn't have felt that they could connect or identify with the characters, are having no trouble doing that.”

And what does Bechdel think of seeing herself on Broadway? “It is extremely surreal, and in this case very very wonderful. The play is brilliant. It could easily not have been; it could have been not a good play, but I feel so lucky that they took this really intimate material of my life and stayed very true to it.”

The interviews from this story come from the following: