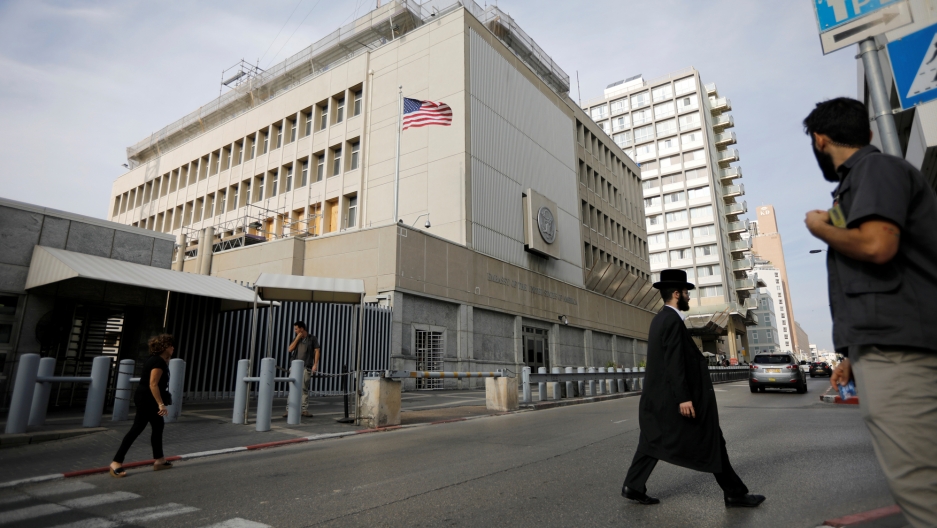 The status of Jerusalem is a "red line" for Muslims and could even prompt Turkey to cut ties with Israel, Turkish President Recep Tayyip Erdogan warned Tuesday, as US President Donald Trump mulled whether to recognize the city as the Israeli capital.

Erdogan said Turkey, which currently holds the chairmanship of the Organization of Islamic Cooperation (OIC), would immediately call a summit meeting of the pan-Islamic group if Trump went ahead with the move.

Other international leaders warned that Trump risked jeopardizing Middle East peace efforts if he recognized Jerusalem as the Israeli capital.

Jerusalem's status is a key issue in the Israeli-Palestinian conflict, with both Israelis and Palestinians claiming the city as their capital.

Arab League chief Ahmed Abul Gheit said member states had decided to meet in Cairo "given the danger of this matter, if it were to happen, and the possible negative consequences not only for the situation in Palestine but also for the Arab and Islamic region."

US officials said Trump was expected to stop short of moving the embassy to Jerusalem outright — a central campaign pledge which his administration has postponed once already.

But domestic politics may still push him to break with decades of US policy recognizing Jerusalem as Israel's capital instead in a gesture toward conservative voters and donors.

"The president has been clear on this issue from the get-go: It's not a matter of if, it's a matter of when," said White House spokesman Hogan Gidley.

He said a declaration on the move would be made "in the coming days." 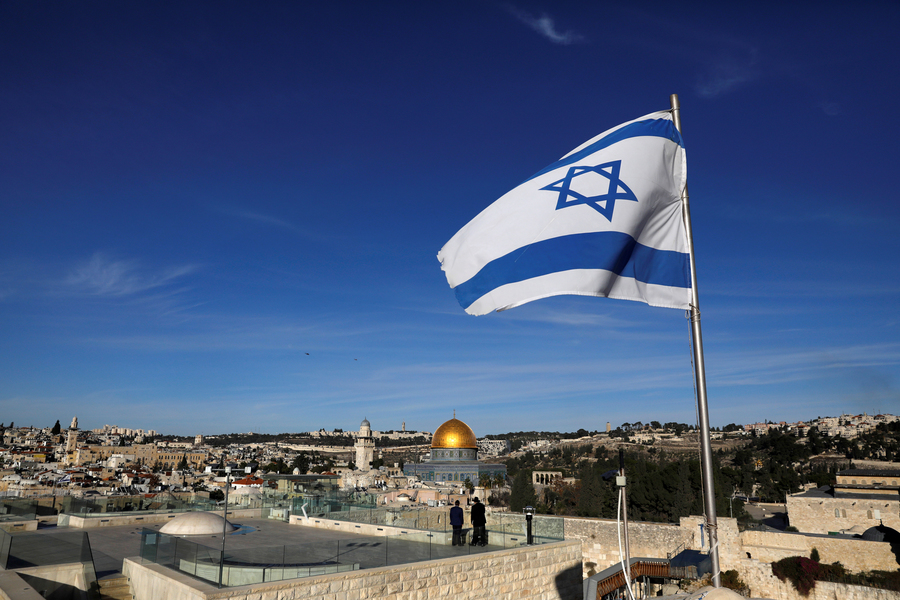 The Dome of the Rock and Jerusalem's Old City.

Trump has said he wants to relaunch frozen peace talks between Israel and the Palestinians in search of the "ultimate deal" — but recognizing Jerusalem as Israel's capital would destroy that effort, a senior Palestinian official warned.

"That totally destroys any chance that he will play a role as an honest broker," Nabil Shaath, an adviser to Palestinian president Mahmud Abbas, told reporters Tuesday.

Saeb Erakat, secretary general of the Palestine Liberation Organization, earlier warned that a change in the US stance on Jerusalem would spell disaster.

Palestinian leaders have been lobbying regional leaders to oppose any shift in US policy, and the armed Islamist movement Hamas has threatened to launch a new "intifada" uprising.

Gheit called on Washington to reconsider.

And US ally Saudi Arabia voiced "grave and deep concern" over the possible move.

"This step will have serious implications and will further complicate the Palestinian-Israeli conflict," the official Saudi Press Agency said, citing a foreign ministry source.

"It will also obstruct the ongoing efforts to revive the peace process."

French President Emmanuel Macron earlier warned Trump that Jerusalem's status must be decided "within the framework of negotiations between Israelis and Palestinians."

Amid internal White House disagreements, several US administration officials were unable or unwilling to say with certainty what Trump would decide.

All foreign embassies in Israel are located in Tel Aviv, with consular representation in Jerusalem.

Trump was supposed to decide Monday whether to sign a legal waiver delaying by six months plans to move the US embassy from the Holy City.

"The president is still considering options," a State Department official said when asked about a possible move.

Trump is now expected to sign the waiver this week, but diplomats and observers said he may also make a speech on Wednesday announcing his support for Israel's claim on Jerusalem as its capital.

In a phone conversation with US Secretary of State Rex Tillerson on Sunday, Jordan's Foreign Minister Ayman Safadi warned that any change to the status of Jerusalem would have "grave consequences."

It was crucial, he said, "to preserve the historical and legal status of Jerusalem and refrain from any decision that aims to change that status," the official Petra news agency reported.

In 1995, the US Congress passed the so-called Jerusalem Embassy Act recognizing Jerusalem as Israel's capital and stating that the US embassy should be moved there.

But an inbuilt waiver, which allows the president to temporarily postpone the move on grounds of "national security," has been repeatedly invoked by successive US presidents, from Bill Clinton to George W. Bush and Barack Obama — meaning the law has never taken effect.

Israel seized the largely-Arab eastern sector of Jerusalem during the 1967 Six-Day War and later annexed it. It claims both halves of the city are its "eternal and undivided capital."

But the Palestinians want the eastern sector as capital of a Palestinian state and fiercely oppose any Israeli attempt to extend sovereignty there.

Several peace plans have unraveled over disagreement on whether, and how, to divide sovereignty or oversee sites in the city that are holy for Christians, Jews and Muslims.