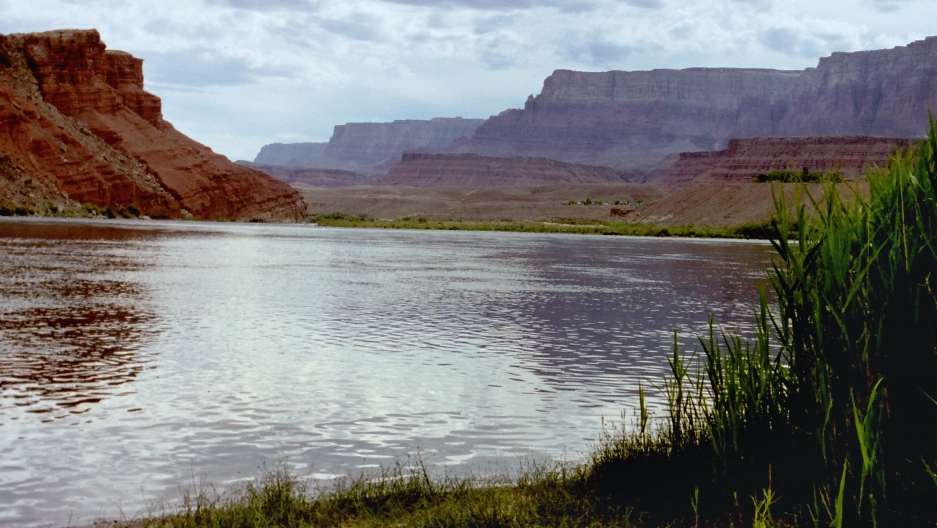 The Colorado River is part of a lawsuit based on the concept that nature has intrinsic legal rights. The idea has precedent in other countries, including Ecuador and New Zealand.

Environmental lawyers are claiming in court that land, rivers and other natural features have intrinsic rights and should own themselves, rather than being considered property — similar to how the law treats corporations as "persons."

In his book, "The Rights of Nature: A Legal Revolution That Could Save the World," environmental lawyer David Boyd makes the case that natural ecosystems and all the elements within them have basic rights that we, as a part of nature ourselves, are morally bound to honor. Boyd teaches law at the University of British Columbia.

“In our Western legal systems, we've recognized the legal rights of nonhuman persons for many, many years,” Boyd explains. “Examples include municipalities and corporations that we designate as legal persons. Then, through the law, we articulate [their] rights. … What we're talking about is legal recognition of the rights of animal species and nature.”

Establishing the “rights of nature” could give the environment and animal species more protection from human destruction, Boyd says.

One powerful obstacle to the rights-of-nature movement is the Western world’s conception of personal property. Boyd has two thoughts about this problem. One, much of the world’s land is owned by governments, and “governments don't have the same personal attachment individuals do,” and two, indigenous cultures around the world have never viewed nature as property and so they often cherish and protect nature in ways “modern” cultures do not.

The resurgence of some of these indigenous cultures is now resulting in laws in Western countries, such as Ecuador and New Zealand, starting to recognize the rights of nature, Boyd says.

Ecuador was, in fact, the first country to include nature's rights in its constitution, Boyd notes. Not coincidentally, he says, Ecuador’s substantial indigenous population led the movement to do this.

“Ecuador was drafting a new constitution in the years 2006 and 2007, and a coalition of indigenous people came forward with the idea that the constitution should include not only human rights, but rights for what they call Pachamama, which is a Quechua word for 'Mother Earth,'” Boyd explains.

That “revolutionary constitutional document” has now been incorporated into more than 70 environmental laws and policies in Ecuador, Boyd points out. “It’s in their criminal code, it's in their environmental code and those rights of nature have actually been relied upon in about two dozen lawsuits now.”

New Zealand may be the most exciting and the most important story in the rights-of-nature movement, Boyd says. About five years ago, he explains, a “fascinating agreement" emerged, dealing with the Whanganui River, which is of great cultural importance to certain subtribes of the Maori, the indigenous population that has been fighting for 150 years to right the wrongs inflicted upon it by the colonial government.

The agreement was translated into law. The country has also passed a second law that addresses the conflict over an area formerly known as Te Urewera National Park, Boyd says. The national park was created in the 1950s on land that the Maori have consistently asserted is theirs.

After difficult negotiations, the Maori put forward a novel plan: Remove the area’s national park status, designate it as a legal person and then transfer the government’s title on the land to the new legal entity. “So, in effect, the land will own itself,” Boyd explains.

Boyd says this is the first place he is aware of in the world “where humans have relinquished our assertion of ownership and recognized that it's actually probably more sensible and certainly more sustainable for the land to own itself.”

In the US, the rights-of-nature movement is having better luck on a local, grassroots level than at the national level, Boyd says. He points to a small community in Pennsylvania called Tamaqua Borough, where citizens were worried about the potential impacts on their drinking water from a proposal to spread sewage sludge on agricultural land. Finding federal and state environmental laws inadequate to protect them, they passed a rights-of-nature ordinance.

“That precedent … has now been followed in over three dozen American communities, ranging from Santa Monica, California, to Pittsburgh, Pennsylvania,” Boyd says. “So, this has really become one of the most intriguing and, I think, promising battlegrounds in the United States for the future of environmental prosperity, environmental sustainability and democracy.”