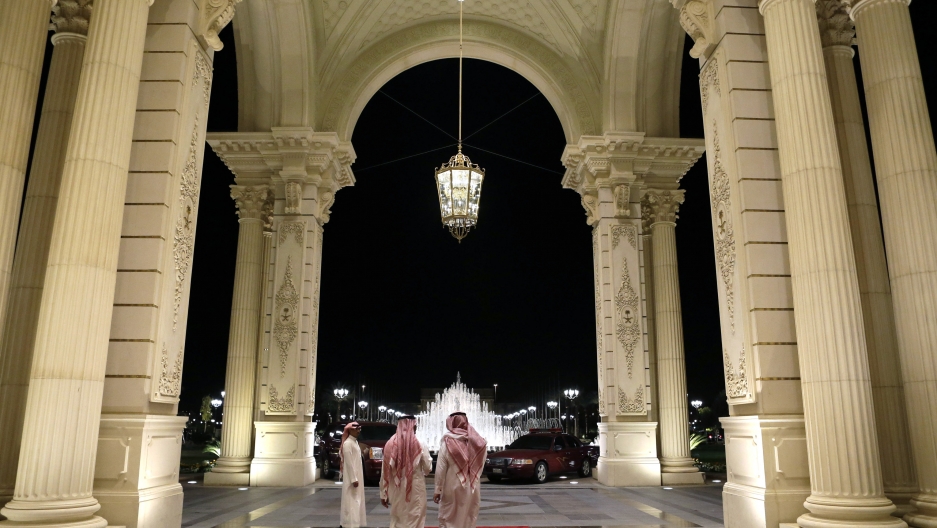 Saudi men walk at the entrance to the Ritz-Carlton in Riyadh, Saudi Arabia, March 4, 2013.

When you think detention center, a five-star, luxury hotel is probably not what comes to mind.

But that's exactly what the Ritz-Carlton in Riyadh, Saudi Arabia, has been turned into these past few weeks.

An estimated 200 of Saudi Arabia's richest and most prominent figures were rounded up in early November as part of an alleged anti-corruption crackdown by Saudi's Crown Prince Mohammed bin Salman. The BBC’s Lyse Doucet is the first journalist to have been allowed inside the hotel.

“I was told that everyone who is in there has evidence against them,” Doucet said. "They have to look at the evidence with their lawyers and decide whether or not they accept that the evidence is true. If not, they can go to court.”

You can read Doucet’s full report from inside the hotel here or listen to an interview about her experience, above.