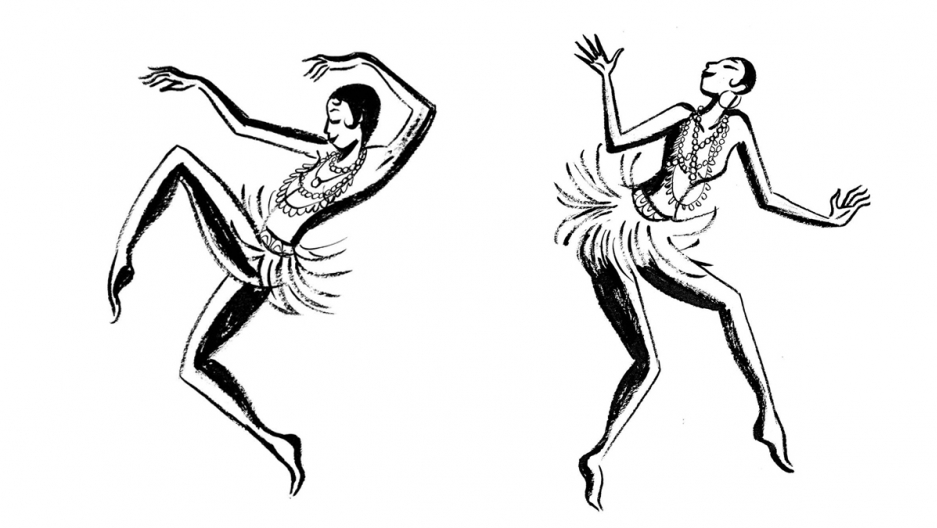 Illustrations from the book “Josephine Baker” by Jose-Louis Bocquet and Catel Muller.

“On that evening, she shattered notions of what a black artist was,” says José-Louis Bocquet, co-author along with his wife, graphic artist Catel Catel Muller, of the graphic biography, "Josephine Baker."

“That night, she crystallized a kind of fusion between jazz, cubism, orientalism and the 1920s passion for African art. That’s what she represented in France," Bocquet says. 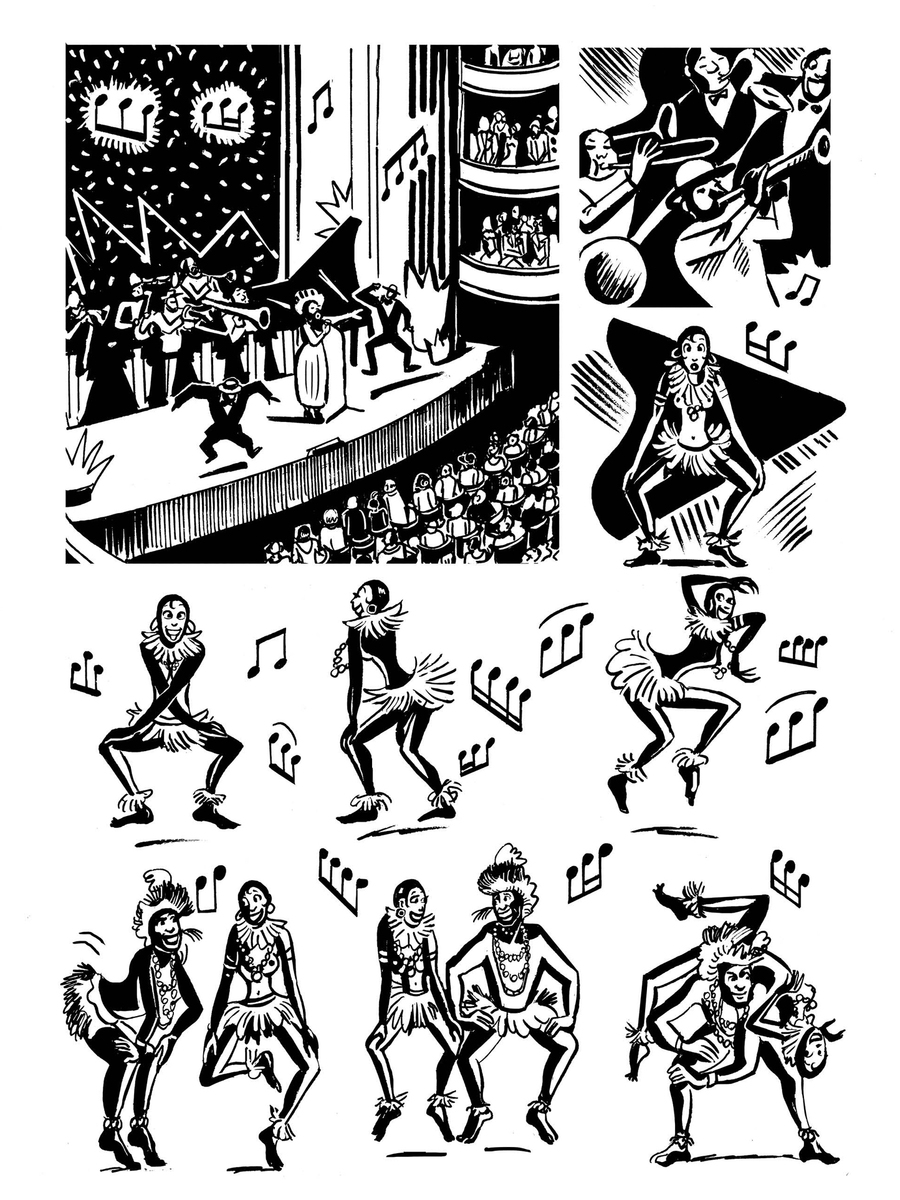 Baker was a comedic performer who became the first black superstar. To this day, she’s best remembered as the woman who danced topless with a skirt of dangling bananas.

In their 600-page graphic biography, Bocquet and Muller follow Baker’s trajectory from child servant in St. Louis, to her days as a vaudeville performer, a major star in France, and later, a member of the French resistance and an American civil rights activist.

It was Baker’s son, Jean-Claude Bouillon Baker, who got Catel and Bocquet started on the project. Bouillon Baker is one of Baker’s 12 children, adopted from all over the world with her fourth husband. Jean-Claude says he was pleased with the look and scope of his mother’s graphic biography. Most of all, he says, what jumps off the page is his mother’s boundless energy.

“In the book, she seems to be springing from one bubble to the other,” Bouillon Baker says. “She moved at 200 miles an hour, all the time.”

To hear more about how the graphic biography was made, listen above.