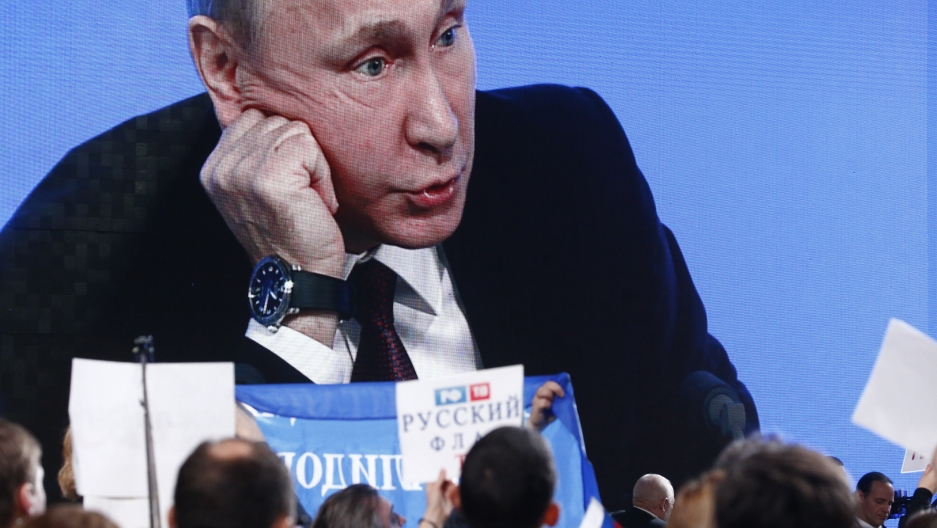 Finding proof of how Russia was involved in the US presidential election is the Holy Grail for many journalists today.

But for foreign correspondents based in Moscow, chasing the story is often an exercise in futility.

"It's extremely frustrating. Every time there's a new twist and turn in this story, every time the US finds a new [Russian] character or a new group of characters has met the Trump campaign, we all think, 'Oh God, please no,'" says Moscow-based reporter Amie Ferris-Rotman. "We're going to have to find the relevance of why these usually quite random characters end up on the other side of the Atlantic trying to convince Trump that they have information. I mean, most of these people have absolutely no power in Russia."

The continuing investigation into Russian interference in the US election has helped fuel a spat between the two countries in terms of how they treat media.

Last week Russian President Vladimir Putin signed a law that will allow foreign media outlets in Russia to be designated as "foreign agents." That comes on the heels of a decision by the US government to require RT, the Russian TV network formerly known as Russia Today, to register its American operation as a foreign agent under the Foreign Agents Registration Act.

As tensions rise, Ferris-Rotman finds reaching sources inside the government all but impossible. She says foreign correspondents based in Moscow can't just pick up their phone and text or call an official.

"Russia is a very closed place," she says. "It's not like the US where, you know, over years or over some time you can develop a source in the White House — someone who you can trust and that you trade information with. Basically [the Kremlin] is a sealed up institution and there's no way for us to get into it. "

Historically, foreign correspondents based in Russia could gain access to the Russian parliament and some other government agencies using press credentials from the Russian Foreign Ministry. Now even that privilege is in danger.

"There's a lot of mistrust. I think it's pretty clear that all of our communications are tapped in some form. We operate by an unwritten rule book and there are various rules in this book and of course one of the rules is there are certain things you never, ever report on, like the wealth and personal lives of the people at the very top of government," Ferris-Rotman says. "Anyone could be labeled a foreign agent going forward."