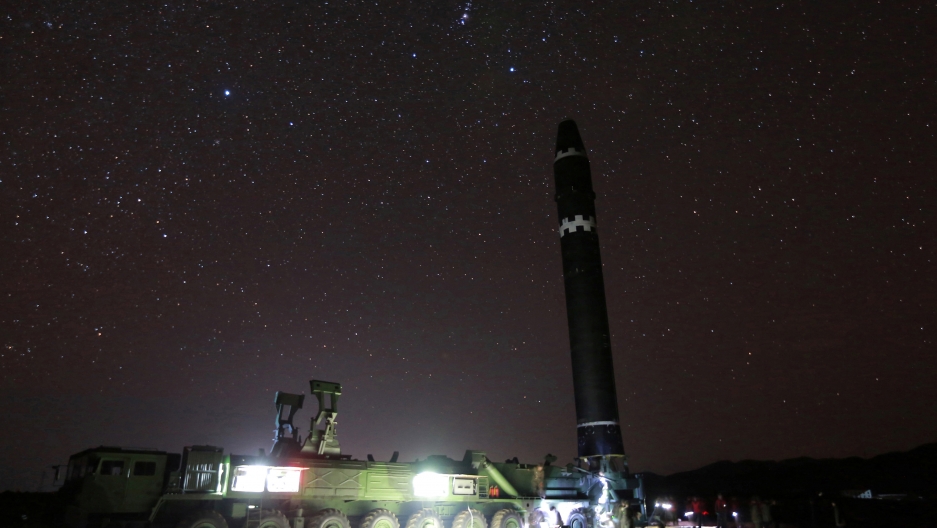 A view of the newly developed intercontinental ballistic rocket Hwasong-15 that was successfully launched, in this undated photo released by North Korea's Korean Central News Agency (KCNA) in Pyongyang Nov. 30, 2017.

North Korea’s latest long-range missile test comes after a two-month lull in testing that might have had more to do with the country’s harvest than the Trump administration’s approach.

Here are answers to three key questions you might be asking now:

1. Is North Korea more of a threat today than it was Tuesday?

Yes and no. With news that North Korea has launched a missile that could hit Washington, DC, and New York, what once seemed impossible to many Americans now looks to be very real. There is a chance that North Korea could deliver a nuclear weapon to the continental US. Early calculations place the range of North Korea’s new missile as between 8,500 km and 13,000 km. The difference is in the size of the weapon. It is unlikely that North Korea could reach the entire continental US with a heavy nuclear weapon attached, but this new test proves the West Coast could still be in range with a full-size warhead.

Regardless, this new test proves North Korea has moved one step closer to a fully capable nuclear program, which limits US options for response.

2. What does this mean for Trump’s ‘red lines?'

The question now is what this provocation means for President Donald Trump. The president has said a North Korean nuclear weapon, “won’t happen” and that if North Korea threatens the US he will meet them with “fire and fury.” North Korea hasn’t quite crossed these, admittedly vague, red lines, but it continues to push the limits. The scenario is something akin to letting your bosses know that if they won’t give you a raise, you’ll quit. If they call your bluff, the whole plan could backfire.

Trump’s threats have left the US with two choices. Military action  — a choice that could lead to many lives lost in Seoul, and even in the US — or diplomacy, an option the president has largely dismissed.

This feels like a big, intractable problem, and it is. The answer isn’t easy, and it’s hard to know just how much to worry about this type of far-off, Cold War throwback threat. But one thing is clear: The more we understand, as a nation, the better off we’ll be.

America’s previous misunderstanding of North Korea — as either a joke or an irrational and incapable state — has, in some ways, led us to this point. It allowed us to turn a blind eye while the window to truly counter North Korea’s nuclear program passed us by. It’s time we all take a harder look at the ins, outs and whathaveyous of what keeps us safe.

But don’t go buying a bunker just yet.

The upcoming podcast, Things That Go Boom, from PRI and the foreign policy magazine Inkstick, will delve deeper into the ins, outs and whathaveyous of what keeps us safe in January 2018.