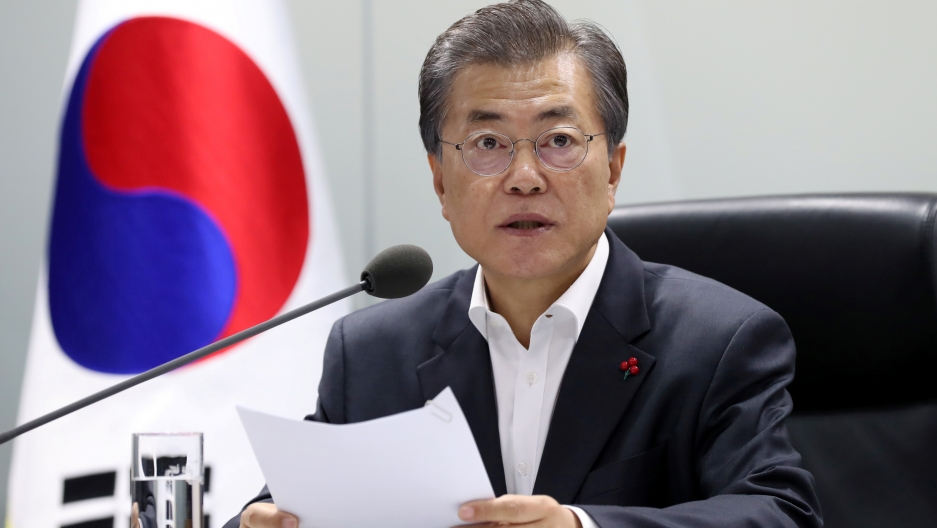 The Presidential Blue House/Yonhap via Reuters

For some South Koreans, giving a gift to a co-worker, teacher or business partner is no longer a warm gesture — it’s potentially a crime.

The country’s sweeping anti-graft law puts limits on the monetary value of presents given to people who work in certain professions, including educators, journalists and civil servants. The restrictions are supposed to eliminate acts of everyday corruption and draw a line between a gift and a bribe.

Since the Improper Solicitation and Graft Act came into effect in September 2016, more than 300 people have been fined and/or investigated for violating the law, according to government data.

“It’s the strictest graft law in the world,” says Joongi Kim, a law professor at Seoul’s Yonsei University. “It’s an extreme measure, but in the end, it will be very positive in making Korea more transparent.”

Kim explains that the anti-graft law was in part sparked by an investigation into the 2014 sinking of the Sewol ferry, where 304 people died, most of them children. The investigation found that the ship’s parent company influenced port officials who then allowed the unsafe vessel to sail.

Gift giving was also at the center of the scandal that led to the impeachment and arrest of former South Korean president Park Geun-hye in 2017. Prosecutors say Park pressured the acting head of Samsung, Jay Y. Lee, to give millions of dollars to charities controlled by a close friend of Park’s, in exchange for government favors.

But Kim concedes that while the legislation puts limits on corrupt gift giving, in some cases it might go too far.

“If an elementary school student gives a flower to a teacher that they like, if the teacher accepts that flower it would be illegal under the law,” Kim says.

And some businesses that rely on Korea’s gift-giving tradition say they’re now suffering economically as a result of the law.

“I feel desperate,” says a florist who only wanted to be identified by her surname, Yang. She runs a small flower shop in downtown Seoul and says many of her customers had been government officials — until the law took effect.

“I’m seeing other florists who have been in this part of town for 20 or 30 years close because of the law,” she says.

What is really hurting her business, she adds, is the decline in purchases of large bouquets and wreaths typically given as gifts at weddings and funerals. They can cost up to 300,000 won ($280). The law puts a 50,000 won ($46) cap on presents that civil servants, reporters and teachers can give or receive.

“I know the law is good for our society, but it’s killing small businesses,” Yang says. “Giving gifts like flowers is just a way Koreans show how much they care.”

The Korean beef, or hanwoo, industry has also reported profit losses since the law took effect in 2016. Hwang Yeop, who heads the Hanwoo Association, says that gift boxes of steak are traditionally given as gifts during the Lunar New Year and the Chuseok, the Korean Thanksgiving holiday, but they exceed the price threshold set by the anti-graft law.

“You give hanwoo as a present because it’s expensive,” he says. “I support the law, but I want local agricultural products to be exempt from the price rule.”

An additional provision of the law sets a 30,000 won ($28) limit on how much the targeted professionals can spend on wining and dining guests. Hwang says this means fewer people are ordering hanwoo at barbecue restaurants.

You Han-beom of Transparency International-Korea acknowledges that the flower and Korean beef industries are feeling the effects of the law, but he says the prices for these items were artificially high to begin with, in part due to public officials spending taxpayer money to buy them.

“This is going to cause some pain for small businesses at first, but in the long run they will find ways to meet normal consumer demand,” You says.

He adds that the anti-graft law might seem tough, but it won’t kill South Korea’s gift-giving tradition.