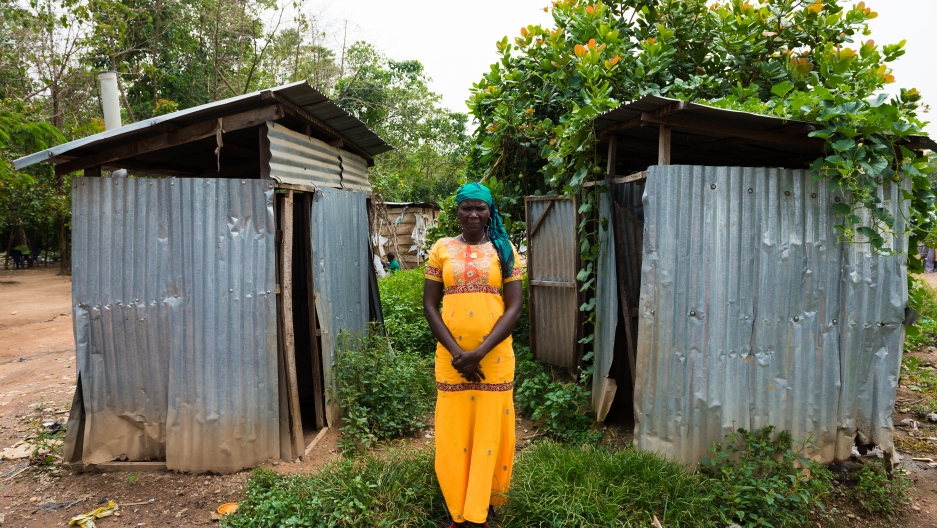 Ladi Mathias, 36, was displaced by the Boko Haram crisis and now lives in Kuchingoro IDP camp in Abuja, Nigeria. She is standing by the public toilets that are out of order, here. She's now forced to use the bush. "It's not a great situation to defecate in the bush. At night, it's quite scary," she says.

We take toilets for granted in the United States. We usually have access to safe facilities when we need it.

So, imagine being afraid every time you need to use the toilet. Afraid of being attacked or exposed to a disease.

For more than 1 billion women and girls around the world, those fears are real. They don't feel safe going to the bathroom, according to WaterAid, an international nonprofit group that promotes clean water, decent toilets and good hygiene.

It's about basic dignity and safety for women, says Chilufya Chileshe, WaterAid's regional advocacy manager for southern Africa. "There is a huge amount of burden on them and when it comes to open defecation, for instance, so many communities ... don't have decent toilets and [the women] have to use the bush. And there is fear of rape and sometimes death."

Girls are most likely to miss classes if they are menstruating and their schools do not have private toilets. Or, they will miss school altogether if they don't feel safe. 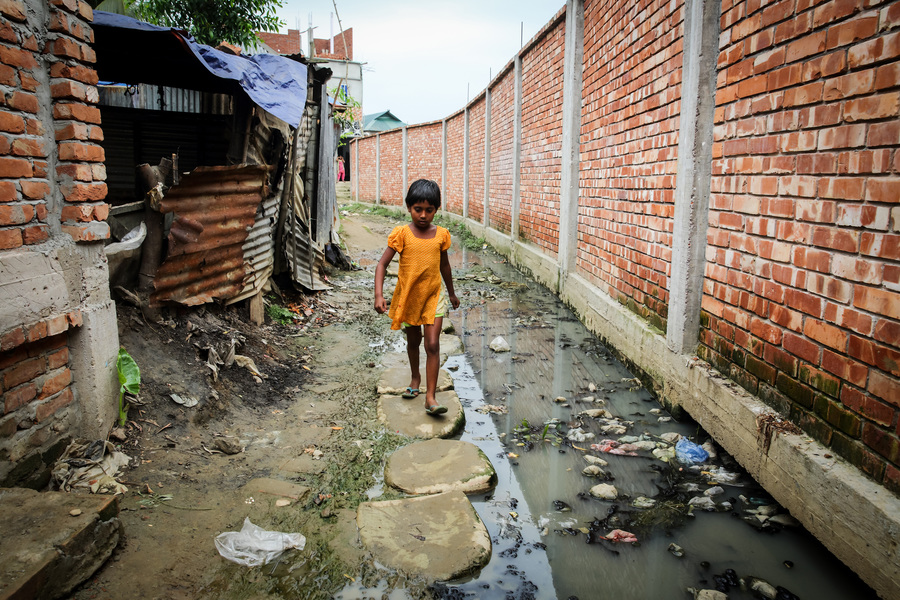 A child walks through the road, which has no drainage facility and all wastes from hanging toilet go directly to the road, Gojariapara, Gazipur, Bangladesh, April 2017

But it doesn't have to be this way. "We talk a lot about access to water and the challenges of people walking and women, especially, walking long distances carrying buckets. But we often don't think about the sanitation ... and the situation women face."

Hear more of The World's interview with Chilufya Chileshe, WaterAid's regional advocacy manager for southern Africa, by clicking the "play" button above.