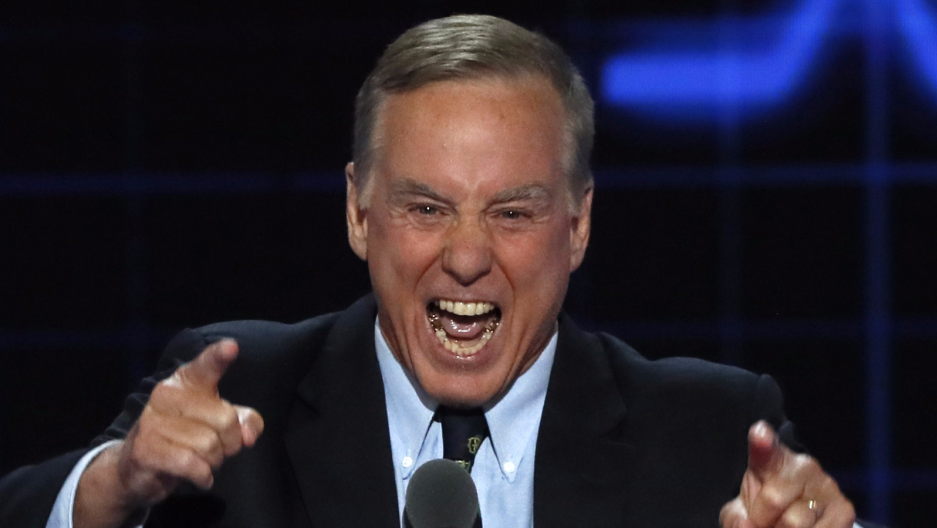 Are you under 35? You are the future of the Democratic Party.

That’s according to Howard Dean, the former chairman of the Democratic National Committee (DNC) from 2005 to 2009, a six-term governor of Vermont and a former presidential candidate.

Dean says that it’s time for his generation of the party to move over, and he points to the Virginia election results earlier in the month as proof that the reforms made in the party since the 2016 election are already succeeding.

“The stats in Virginia were unbelievable — between the ages of 18 and 30, 69 percent of people voted Democratic,” he says. “That’s a number I — you just don’t see that number among age group demographics. I think it was a very big deal for the Democrats.”

To win during the 2018 midterms and beyond, recruiting and turning out millennial voters needs be the Democratic Party’s primary goal, Dean argues. Additionally, he believes Democrats need to open up primaries to independent voters as well as get rid of the caucuses.

Many have argued that it’s time for the Democratic Party to give up on so-called “identity politics” that puts race, gender, and sexual orientation as front-and-center issues, and instead focus on the economy. But Dean says these issues are key for the party, especially for younger voters who care deeply about human rights and social justice.

Dean continues: “We’re not going to abandon our notion of an optimistic America moving forward, including everybody. And I would remind my conservative friends that capitalism fails unless everyone’s included. I’m for capitalism — it’s the best and most efficient system we’ve ever had — but it’s not going to succeed, and we will kill capitalism if we exclude people, as we are currently doing.”

When looking ahead to the 2020 presidential election, Dean says that Democrats can’t just run against Trump — they have to run with a positive message, and preferably with a younger candidate.

“I have firmly said again and again and again, I would like to run a candidate for the presidency who is under 50, but I’ll settle for under 55,” Dean says. “We need a young candidate who’s going to talk about this next generation, this first global generation. I’m very hopeful that someone like this will emerge, and they’ll be against the odds because there are going to be some people in my generation who will run.”

So if Dean could pick the next group of Democratic presidential primary contenders, who would he choose? US Senators Kirsten Gillibrand, Kamala Harris, Chris Murphy, or Los Angeles Mayor Eric Garcetti, just to name a few.

“Those are four candidates who I think will be really interesting, and each attractive in their own way to the core constituencies of our party, but there are plenty of other really good candidates,” he says. “I fully expect to have 10 or 15 people at the starting line [in 2020], and the question is: Can they raise the money? Can someone in that generation raise the money? And I don’t know what the answer to that is, and we’re going to find out.”

When it comes to healing internal divisions, Dean urges Democrats to move forward.

“I think that fighting inside the DNC is a waste of time,” he says. “Stop litigating the last election — there were plenty of wrongs of all sorts. Stop litigating the last election and start working on the next election if you care about the public. If you don’t care about the public and you’re more interested in yourself and your own self-aggrandizement be my guest, but don’t get in my way.”