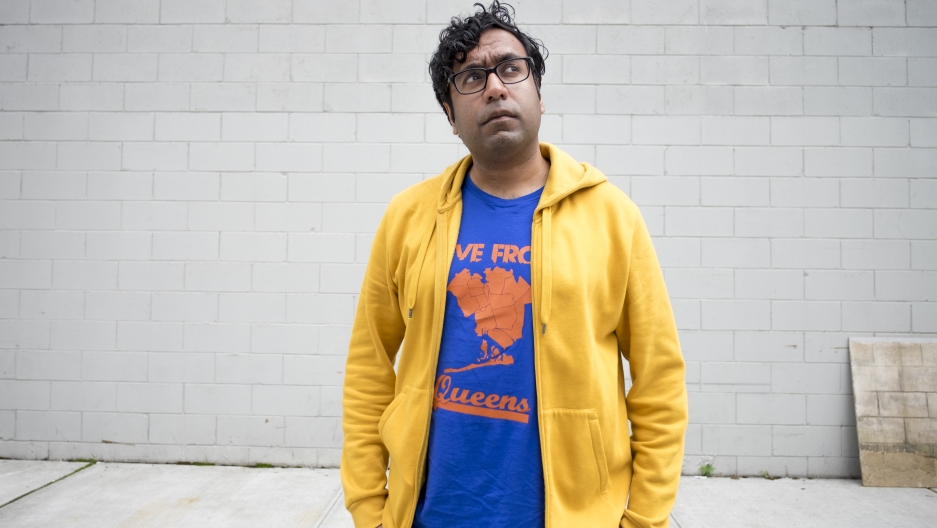 Comedian Hari Kondabolu's new documentary, "The Problem with Apu," takes a critical look at the representation of South Asian people in American television and film through the lens of "The Simpsons." It was released on the truTV network on Nov. 19, 2017.

Whether you are a bot or a pop cultural enthusiast, Hari Kondabolu's new documentary "The Problem with Apu" has probably caught your attention by now.

"The Problem with Apu" takes a critical look at the representation of South Asian people in American television and film. It centers itself around the Indian immigrant caricature, Apu Nahasapeemapetilon, in "The Simpsons."

Apu is very obviously a vessel of stereotypes and projections about Indian immigrants: his job as convenience store clerk, his many children, and his accent voiced by white actor — Hank Azaria — impersonating patanking.

Sure, "The Simpsons" is known as a series that parodies virtually all of American culture and society. But Kondabolu notes that at the time the show was created, Apu was the most mainstream representation of Indian people on television.

It may be difficult to take an argument that centers around a cartoon seriously, but it is not just about the cartoon. “There’s an accessibility in 'The Simpsons.' It’s a global thing. It’s something that is beloved, relatable. It is something that doesn’t threaten,” Kondabolu explains.

Kondabolu provides an entrance into a larger conversation about representation, using one of the most beloved animated series around. The comedian has experienced the polarizing effects of comedy and politics in the Trump era. However, this documentary is an attempt to centralize issues of race and representation to get more people to listen and "to question something as basic as a cartoon. And 'The Simpsons' is a softer way in,” he admits.

Although Kondabolu is a fan of "The Simpsons" his fandom comes with necessary criticisms. “You're allowed to be critical of something you love. Whether that thing is 'The Simpsons' or America — that's part of what love is."

Listen to the full interview with Hari Kondabolu on The World.