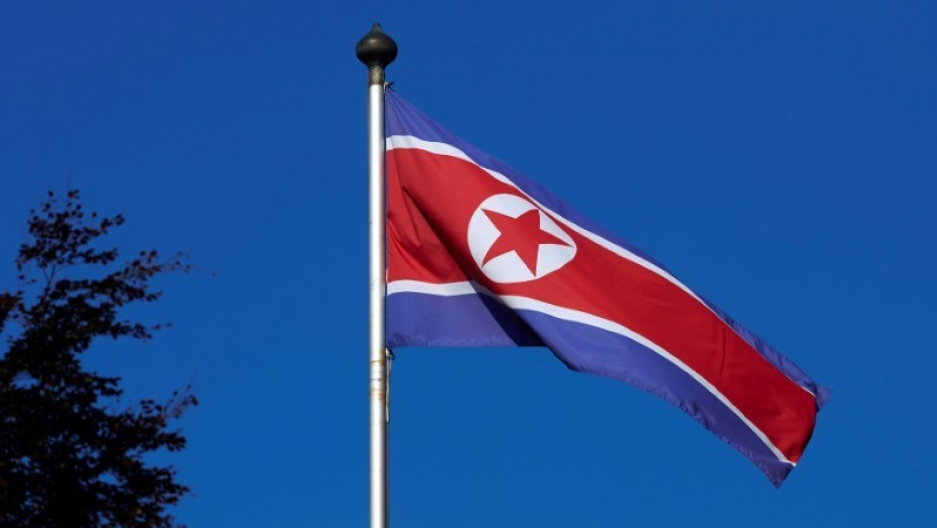 A North Korean flag flies on a mast at the Permanent Mission of North Korea in Geneva Oct. 2, 2014.

North Korea fired a ballistic missile on Wednesday, two US government sources said, a week after President Donald Trump put North Korea back on a US list of countries that it says support terrorism.

Later, the Pentagon said that it had detected a "probable" missile launch from North Korea.

"We detected a probable missile launch from North Korea. We are in the process of assessing the situation and will provide additional details when available," Pentagon spokesman Colonel Robert Manning told reporters.

The missile flew to the east and the South Korean military is analyzing details of the launch with the United States, according to a report from South Korean news agency Yonhap, citing South Korea's Joint Chiefs of Staff.

NHK in Japan, citing the defense ministry, reported that the missile may have landed in the water of Japan's exclusive economic zone.

The US source told Reuters no further details were immediately available. Asahi Shimbun in Japan also reported that North Korea had fired a ballistic missile early on Wednesday.

US stocks pared gains after reports of the missile launch. The S&P 500 index was up half a percent in midafternoon.

Two authoritative US government sources said earlier that US government experts believed North Korea could conduct a new missile test within days, in what would be its first launch since it fired a missile over Japan in mid-September.

The US officials declined to say what type of missile they thought North Korea might test, but noted that Pyongyang had been working to develop nuclear-tipped missiles capable of hitting the United States and had already tested intercontinental ballistic missiles.

After firing missiles at a rate of about two or three a month since April, North Korea paused its missile launches in late September, after it fired a missile that passed over Japan’s northern Hokkaido island on Sept. 15.

Last week, North Korea denounced Trump's decision to relist it as a state sponsor of terrorism, calling it a "serious provocation and violent infringement."

The designation allows the United States to impose more sanctions, though some experts said it risked inflaming tensions.

Trump has traded insults and threats with North Korean leader Kim Jong Un and warned in his maiden speech to the United Nations in September that the United States would have no choice but to "totally destroy" North Korea if forced to defend itself or its allies.

Washington has said repeatedly that all options are on the table in dealing with North Korea, including military ones, but that it prefers a peaceful solution by Pyongyang agreeing to give up its nuclear and missile programs.

To this end, Trump has pursued a policy of encouraging countries around the world, including North Korea's main ally and neighbor, China, to step up sanctions on Pyongyang to persuade it to give up its weapons programs.

North Korea has given no indication it is willing to re-enter dialogue on those terms.

North Korea defends its weapons programs as a necessary defense against US plans to invade. The United States, which has 28,500 troops in South Korea as a legacy of the 1950-53 Korean war, denies any such intention.

Tim Ahmann and Mark Hosenball of Reuters reported from Washington.