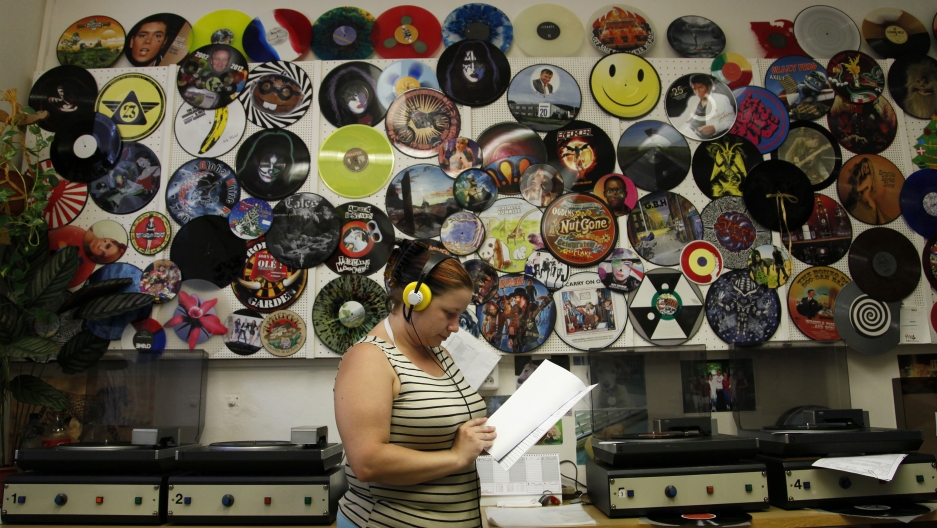 Employee Petra Kottova checks the sound quality of a pressed vinyl record at the GZ Media factory in Lodenice August 1, 2013

Oh the joys of travel! Especially this week when AAA is expecting 50.9 million people will take to the roads, rails or sky in order to make it to their Thanksgiving meal.

Travel's not like it was in 1950s America when, if you were flying overseas, you pretty much showed up at the airport with a passport and you were good to go. Right after World War II, the world seemed ripe for discovery. And the record industry thought it could help.

It's a kitschy, often contrived view of the world. But for many Americans, this was the first glimpse of travel outside of the US. And to writers Janet Borgerson and Jonathan Schroeder "these albums offered a guide for aspirational Americans who yearned to be modern in postwar consumer culture."

And they saw a public willing to entertain a variety of sonic options to put on that record player, including these kind of corny invitations to discovering the planet.

So, Borgerson and Schroeder curated a fascinating book called "Designed for Hi-Fi Living: The Vinyl LP in Midcentury America."

Here are a few of their highlights from the book. 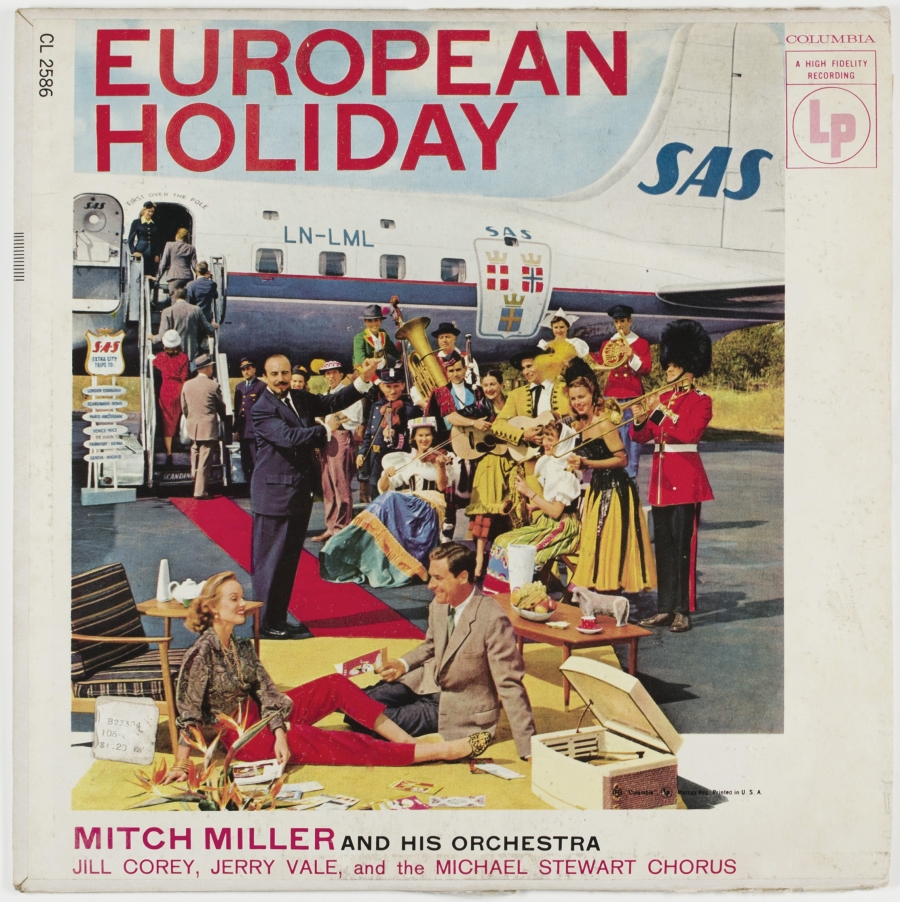 Borgerson: "One of the things we loved about the record album covers and that got us thinking about collecting them, bringing them together in a book form, was just how wonderful the colors were, the typeface. On [this] cover, you see the young couple sitting in their living room with their Scandinavian furniture around them, planning their trip."

Record insert to Mitch Miller and his Orchestra, "European Holiday": 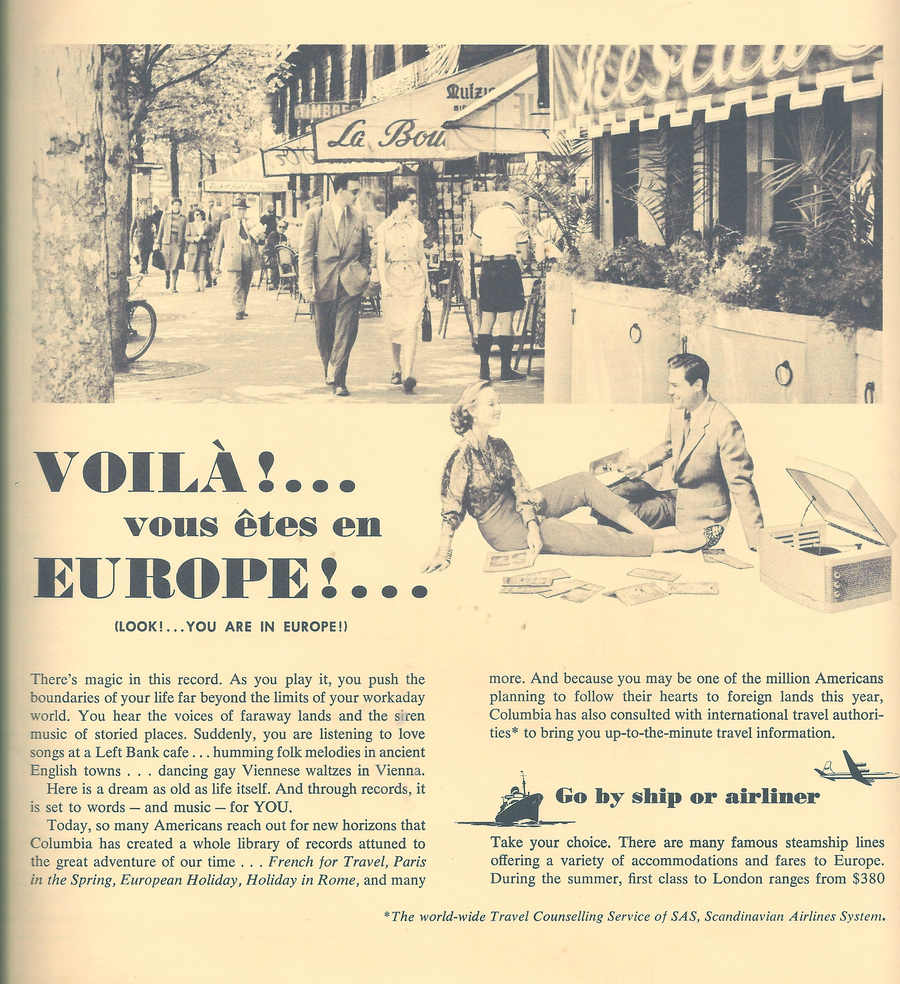 Schroeder: "SAS is Scandanavian Airline System ... [this album] basically takes a young couple through how to take their first European trip. So, it's got an earnest travel agent, it's got some spoken word on the record. It's got some songs that introduce you to Europe. It tells you how to apply for a passport. It's really kind of a complete guide to travelling to Europe."

Mark Monte and the Continentals, "Dancing at the Habana Hilton," Jubilee JGM 1072: 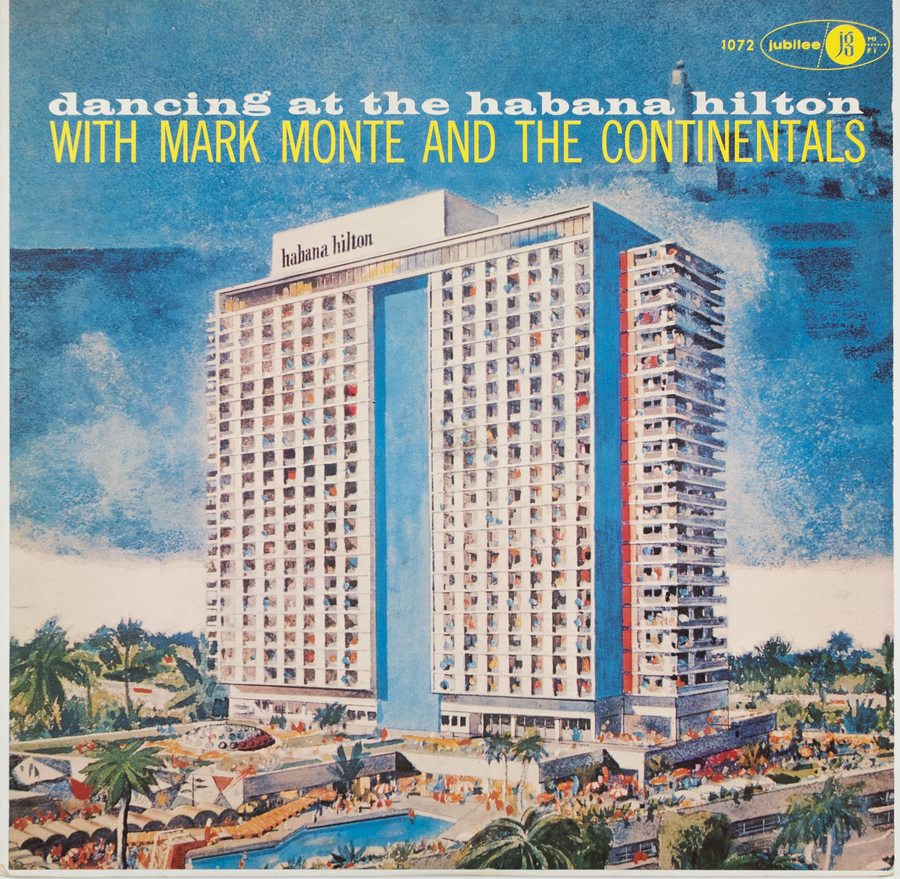 Borgerson: "The Habana Hilton on the cover ... is a beautiful hotel. It was designed by architect Welton Beckett. ... We love the idea of people leaving from Florida, hopping over to Cuba just for an evening to dance and play cards and drink rum."

Schroeder: "Basically as soon as that hotel opened the Cuban Revolution happened. And Castro, when he came into Havana, he commandeered the hotel and it became the provisional headquarters for the rebels. And it was renamed Habana Libre and from then on it's been in the government's hands." 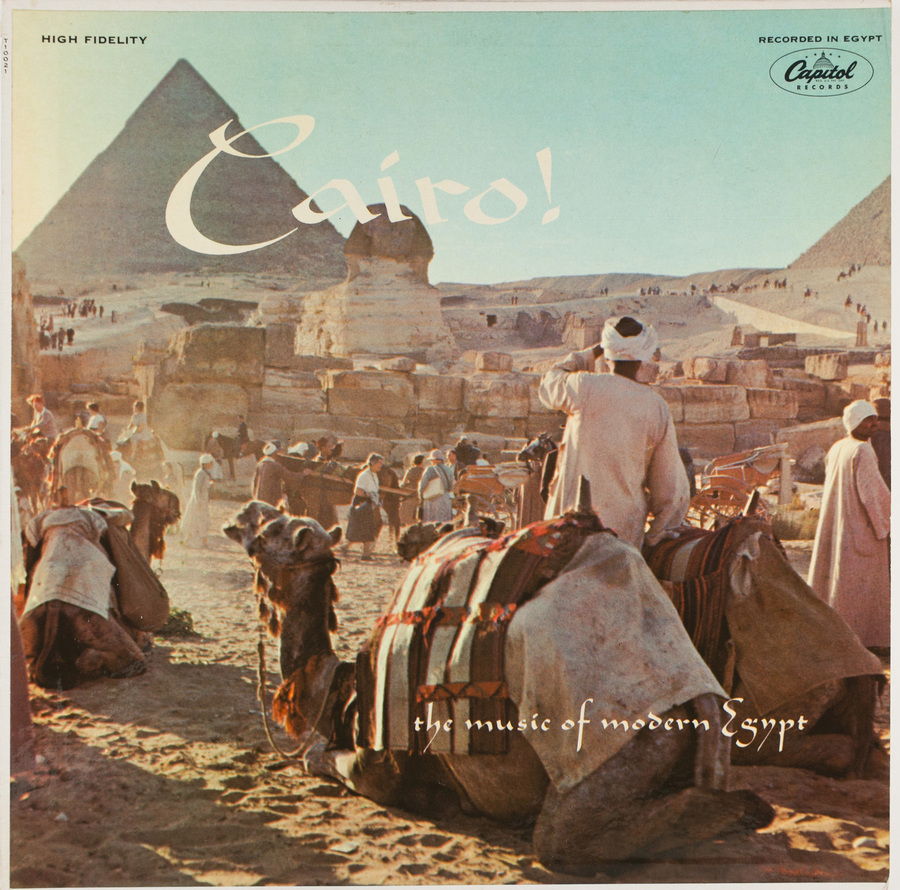 Schroeder: This is part of Capitol Records "Capitol of the World Series," which featured more than 400 LPs that featured music from around the world. This record in particular has a beautiful picture of the pyramids on the cover. A classic tourist shot of camels and the desert of Egypt." 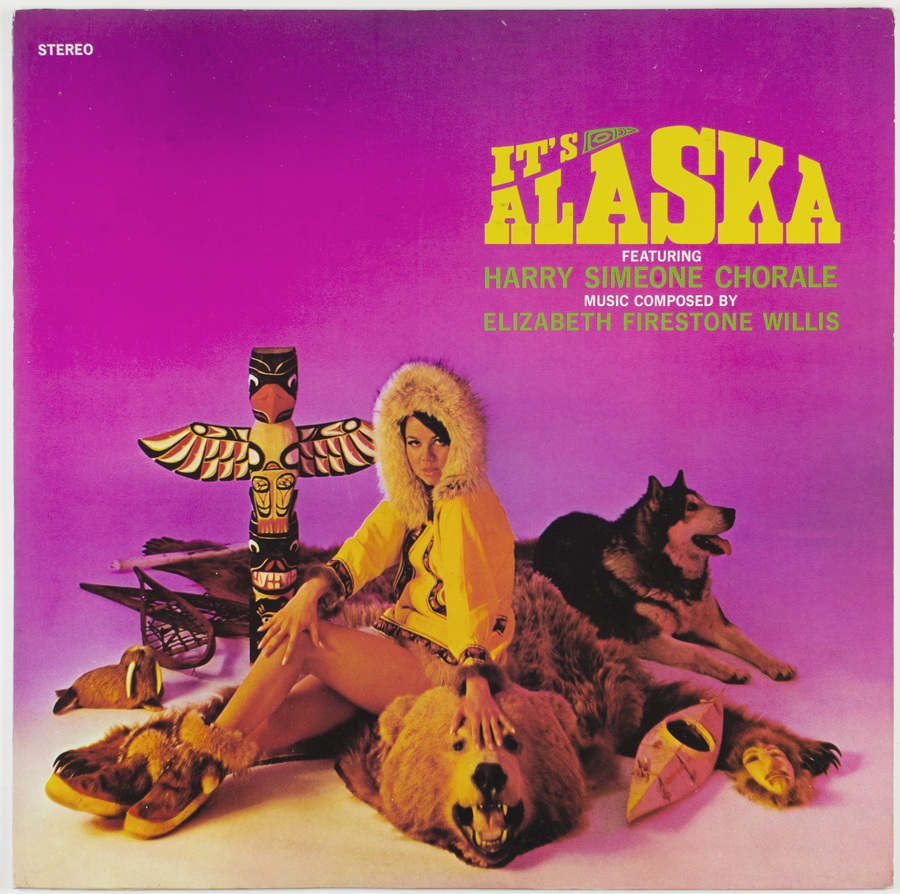 Borgerson: Here's a cover that's "a gorgeous bright pink. We love the cross promotion here because It's Alaska was composed by Elizabeth Firestone Willis and she was a Firestone tire heiress and she was married to the president of Alaska  Airlines. ... There's a song that helps you prepare for your trip to Alaska. Helping you remember things like calling the milkman and be sure to stop the paper."