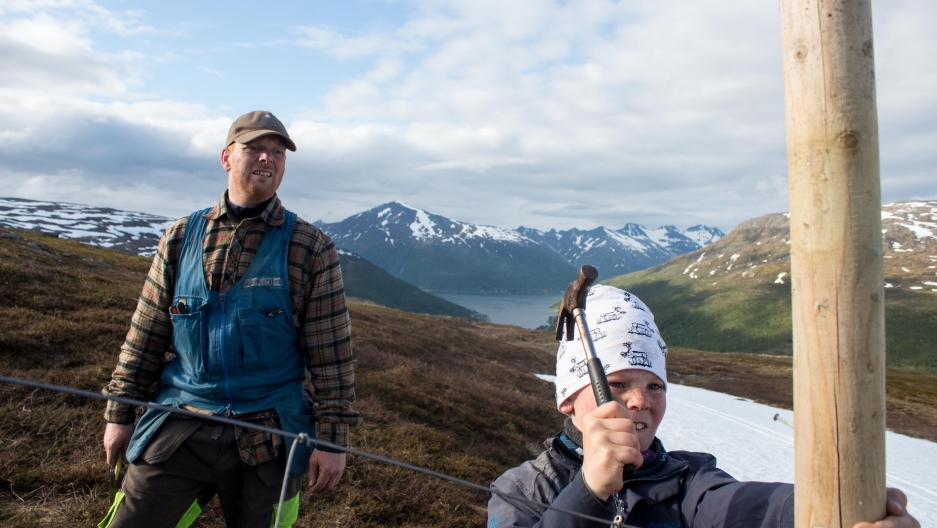 Sámi reindeer herder Reiulf Aleksandersen and his son build a fence for gathering their herd on Ruksesvárri, or Red Mountain, in northern Norway.

The wind is brisk on top of Ruksesvárri, or Red Mountain, on the coast of Norway about 200 miles north of the Arctic Circle, but it’s not stopping Reiulf Aleksandersen and the rest of his family from building a fence to gather and mark their reindeer calves, pounding big posts into the rocky soil.

“Reindeer herding is [work],” Aleksandersen says, laughing. “You're not getting fat!”

Aleksandersen and his family are Sámi, the indigenous people of northern Scandinavia and western Russia. The Sámi have lived off the land here for millennia — fishing, hunting and, in many families, herding reindeer.

Reiulf Aleksandersen, his wife Risten Aleksandersen, and their three children are trying to maintain their Sámi traditions, but climate change is making that harder than ever. The Arctic is warming twice as fast as the rest of the planet, and in northern Norway, that often means rain instead of snow. That's bad news for the reindeer — they can forage through snow, but not ice, so the Aleksandersens have to do a lot more to feed their animals in the winter.

Climate change isn't their only problem, though. The family is also threatened by part of the solution to climate change: wind power. Construction has just begun on a 280-megawatt wind farm here — 67 turbines being built on this very mountain.

Sara Katrine Aleksandersen, 16, is worried about global warming, but she also questions why her family and her reindeer have to bear so much of the cost of fighting it.

“What is better?” she asks. “Many reindeers or hundreds of the wind turbines?”

It could come down to that choice. Research suggests that reindeer don't like wind turbines. Even the sight of them seems to scare the animals away. And there will be a lot of turbines here. 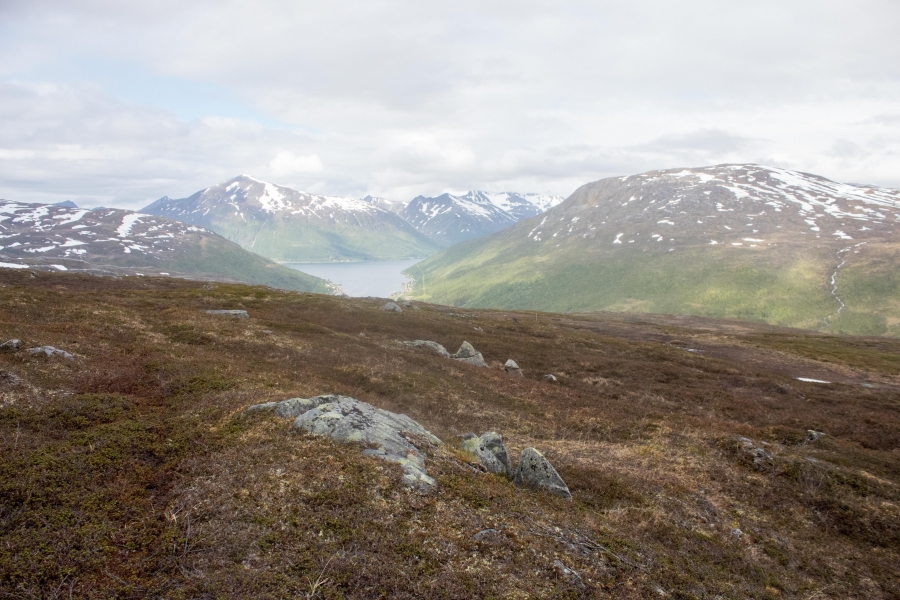 The desolate mountains of northern Norway have supported countless generations of Sámi reindeer herders. Climate change is making that more difficult, and now plans for wind power development in the area could further jeopardize the livelihoods of some Sámi families.

“It's among the largest European onshore projects,” says Stephan Klepsland, whose company, KR Wind, helped set up financing for the new project. Norway’s demand for renewable power is growing, and Klepsland says wind can help.

“In Norway, you have a lot of excellent onshore wind sites, especially on the coast,” Klepsland says. “There's a huge potential for further development.”

But the question is where will those developments be? Like reindeer, many people don't want to live next to wind turbines, either. Even with the growing consensus that we need to transition to renewable energy, local communities often oppose big wind farms.

“We will all need to sacrifice something if we are to save this planet,” she says. “And people are not willing to do that. So, they just push it forward to the people whose voice will not reach so far away.”

Those people are often members of indigenous groups, says Kathrin Wessendorf of the International Working Group for Indigenous Affairs. Wessendorf says siting these kinds of projects on their lands can add to their already heavy burden from climate change.

And she says green energy advocates often have a blind spot on the issue.

“When I sit together with conservation groups, environmental groups, when I start talking about rights, everyone gets a little bit annoyed,” she says.

David Edward Weir, an adviser to the Norwegian Water Resources and Energy Directorate, says several of the country's wind farms are located close to cities, and that this new project went through a full environmental review. 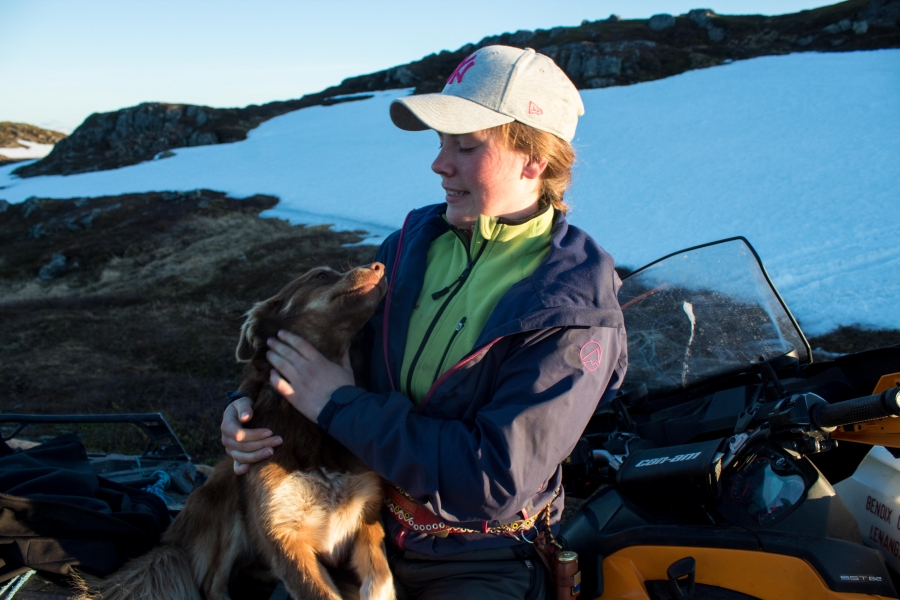 16 year-old Sara Katrine Aleksandersen is worried about global warming but also questions why her family and her reindeer have to bear so much of the cost of fighting it.

Risten Aleksandersen says her family could have lived with the wind farm as it was originally designed. But she says the developers changed that plan at the last minute, adding a road that runs right through their prime grazing area. They’re appealing the change, but the road is already being built, and she worries that the noise and traffic may cause her family’s reindeer to scatter into the high mountains, where they could starve this winter.

“Once you start with dynamite, then you could scare the reindeers,” Risten Aleksandersen says. “And we wouldn't know where they go.”

That would be a big blow to the family, especially high school student Sara Katrine Aleksandersen. All of her hopes for the future revolve around the reindeer.

“I think everything we do with the reindeer herding life is special and have meaning,” Sara Katrine Aleksandersen says. “That is something I want to take care of.”

This story was reported with support from the Pulitzer Center on Crisis Reporting. 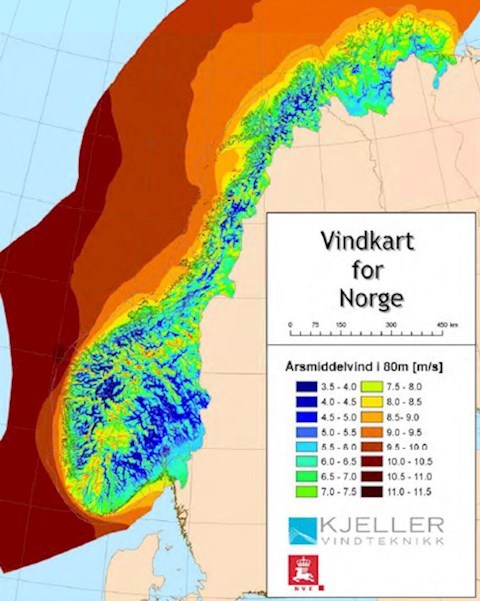 A map of onshore and offshore wind resource availability in Norway, from high (red) to low (blue).