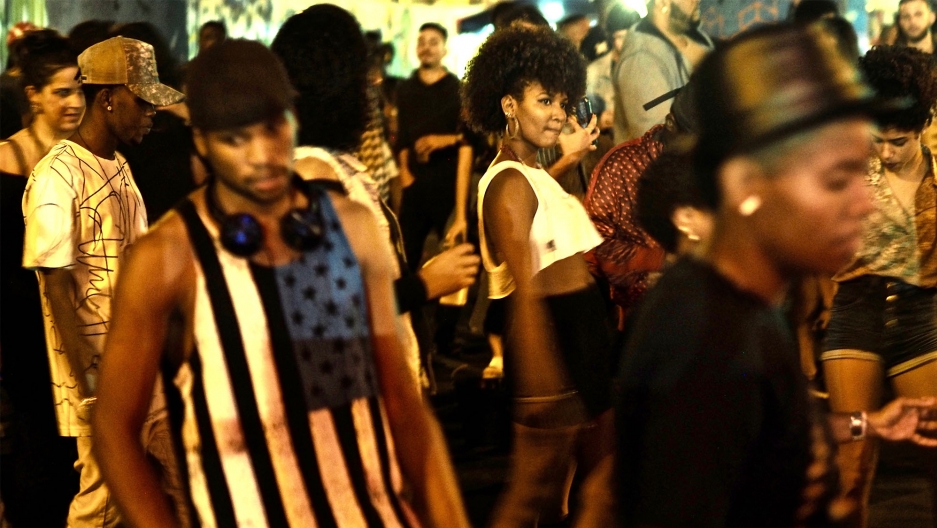 Dancers at the weekly Saturday night charme dance in Madureira, a neighborhood in Rio de Janeiro's North Zone. The four pillars of Rio charme culture are music, dance, fashion, and treating each other with respect.
Credit:

America’s 1990s hip-hop scene is reincarnated every Saturday night in what may seem like an unlikely location — beneath a highway overpass in Rio de Janeiro, Brazil. And it's been that way for 27 years. The event is one in a citywide ecosystem of soul line dances, which feature hybrid Brazilian American dance steps.

I spoke to The World about this dance culture after reporting on the iconic overpass event for Americas Quarterly. Journalist Sofia Perpetua captured the scene on video. The event plays a major role in the cultural and racial imagination of Rio — a reference to it was even included in the opening ceremony of the 2016 Olympics.

Charme dance was born in the early '80s, in the waning years of Brazil’s military dictatorship, from a music circuit called the Black Rio Movement. The movement’s celebration of black pride made authorities so suspicious of political insurrection that they arrested one of its organizers. The name “charme” comes from a Black Rio DJs frequent charge to his dancers to relax their pace and turn on the charm to slow R&B hits from artists like Frankie Beverly and Maze, The Jones Girls and Al Johnson. Crowds adopted synchronized line dance moves seen in videos of American songs like the Electric Slide, and soon all-charme dances sprung up across the city.

Related: There's an official funk song for the Olympics. But funk artists in Rio say they face persecution.

Charme moves in Brazil today include many steps that are common across the United States, from shuffle-hops to the knee-swiveling Brooklyn to the Grapevine, which Brazilians call the Braid. But Brazilian choreographers like Marcus Azevedo also incorporate the pace and inflection of local steps like samba and passinho in speedy, elaborate routines that inspire some dancers to take classes and join professional troupes in order to master them. Rio is the hotbed of Brazilian charme, though regular dances also occur in cities like Brasília and Florianópolis.

In the US, soul line dancing can be found in community centers, gyms and churches across the nation. Oakland-based soul line dance teacher Patricia Lowe describes her dance community as a family. 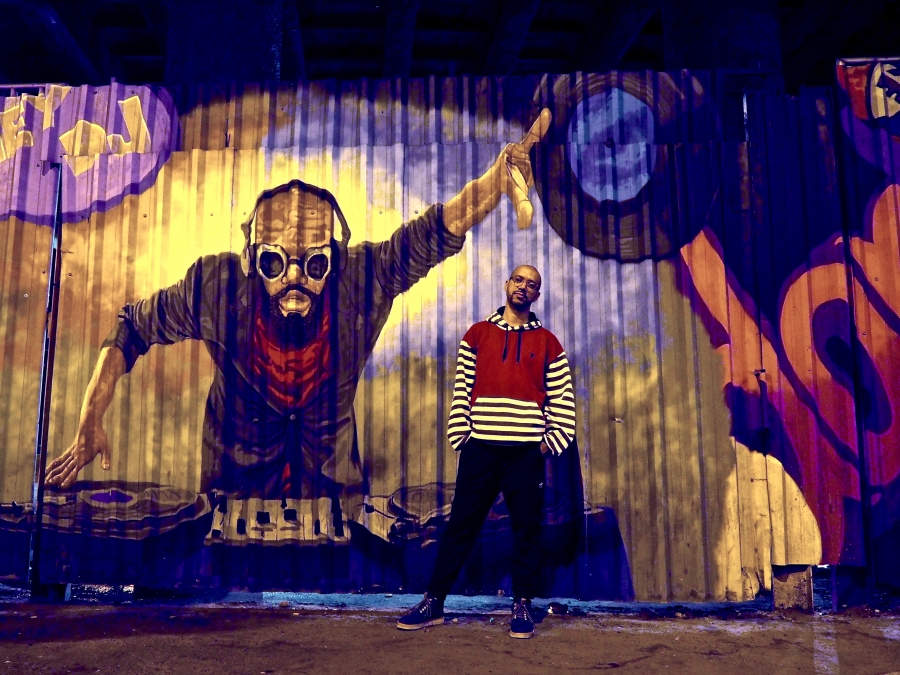 “Once we start dancing, we realize we have things in common and we end up supporting each other in other parts of our lives.”

In Rio, too, charme “families” often meet up at the city’s many dances. In both countries, line dancing for some recalls a deeper heritage.

“I always teach that the first line dancing came from Africa,” says Lee James, who started dancing at age 8 in New Orleans and now, in his 70s, has taught across the United States, founding the National Soul Line Dance Association.

Rio charme draws dancers of all ages. Regulars at the Madureira overpass range in age from their teens to their 60s, while a monthly charme party on a downtown street is especially popular with dancers who have been at this for decades. A massive Christian charme dance in the city of Bangu attracts a younger crowd.

Charme differs from another urban dance genre in Rio — funk carioca — in its aesthetic, music and how it's treated by authorities. Funk lyrics are written by Brazilians, in Portuguese, and often are focused on pride at being from poor areas and resistance to authority.

Charme, with its emphasis on fashion and poise, is “the dance of the black citizen,” says Azevedo: “of black Brazilians celebrating arrival at full citizenship.” Brazilian cultural event producers such as Julio Ludemir have argued that this distinction is part of the reason why funk events are routinely raided by police in Rio, while charme, for the most part, is permitted. 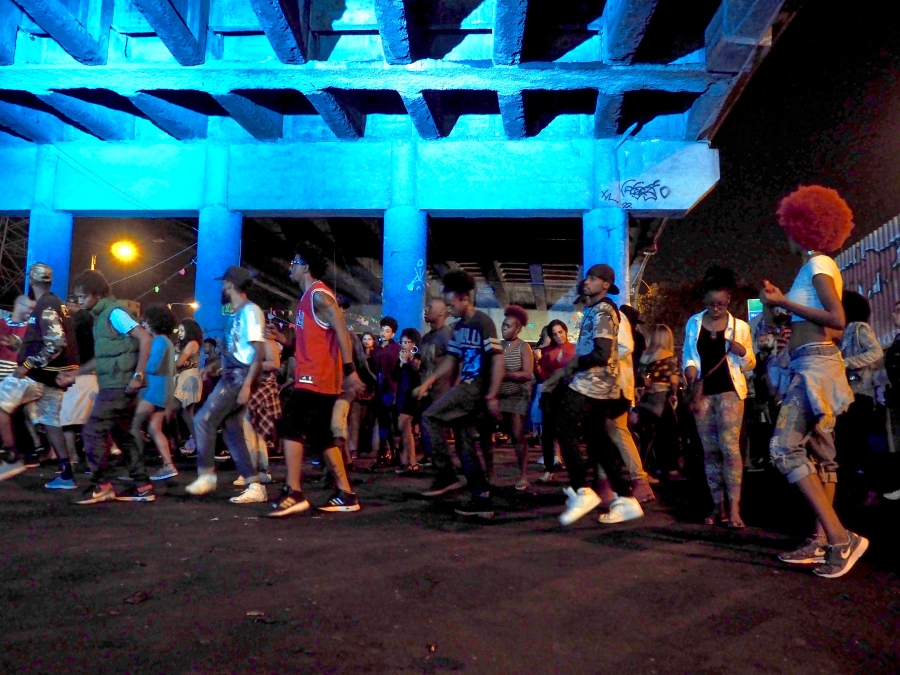 Madureira's Baile do Viaduto, the Dance at the Overpass, is affectionately simply called Dutão, or the big overpass, by regulars.

“Funk and charme have the same genesis: the powerful Black Rio Movement that, in the 70s, frightened the military dictatorship with an aesthetic that mixed typical Rio high-spiritedness with icons imported directly from the rebelling black ghettos of the United States,” Ludemir wrote in an essay. “Even though funk and charme coexist harmoniously in the peripheries of the city,” he continued, “the two genres point to separate paths within the black movement, that in other parts of the world are even in conflict.”

Many charme dancers will be the first to point out that black Brazilians are still far from reaching that full citizenship, on issues ranging from the pay gap, to access to healthcare, to how safe they are walking down the street. For them, dance is a place to perform their utopia and values, building energy to work toward those values in the wider world.