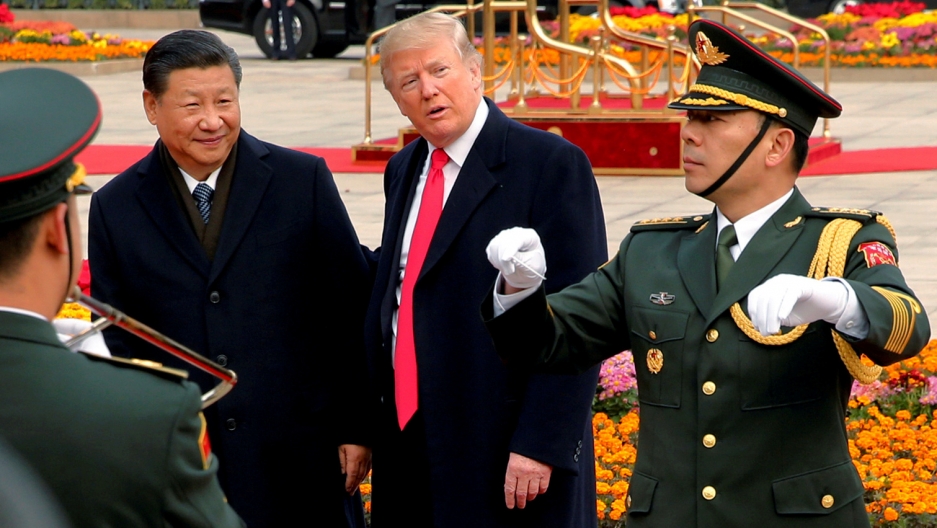 International trips are a ritual for every White House administration. They're supposed to showcase American leadership and influence, and are meant to reassure our allies that America is engaged with the world.

President Donald Trump's 12-day trip to Asia was no doubt meant to do the same. The president told reporters aboard Air Force One that "we've had a tremendously successful trip" that netted the US "at least $300 billion worth of deals."

No doubt a significant portion of Americans agree with him, says The Economist's David Rennie.

"The half of the country that broadly supports what President Trump is doing ... saw a president being treated with fantastic amounts of pomp and flummery by the Chinese, or the Japanese or the Vietnamese," he says.

Trump was greeted by crowds of children cheering for him at the Beijing airport, a military ceremony in Vietnam and a red carpet event in the Philippines. "And so if you're a Trump supporter, you're looking at that and thinking, 'Great. This guy is doing exactly what he promised,'" says Rennie.

But if Americans were paying attention, Rennie thinks they would have also seen some shocking things. For example, Trump praised the leader of the Philippines, President Rodrigo Duterte, who has sanctioned gunning down criminal suspects in the streets. Rennie says Duterte "is not just a bad guy. He boasts about being a killer. ... That normally would have gotten you some rebuke from an American president."

But no more. Rennie writes, "Not only does [Trump] admire dictators; he explicitly praises thuggishness, such as the mass murder of criminal suspects in the Philippines."

To hear David Rennie talk some more about the effect of Donald Trump on foreign policy and America's place in the world, click on the audio link above