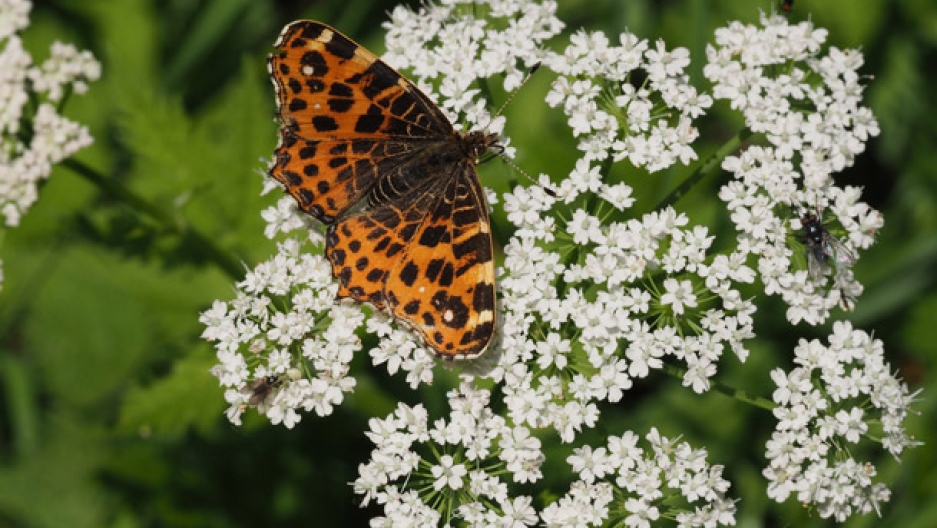 The abundance of flying insects has dropped by over 75% in the past 25 years, based on data from nature reserves across Germany.

The disappearance of bees and butterflies has concerned scientists and the public for years. Now, a new study from Germany confirms that the abundance of flying insects has dropped over 75 percent since 1989.

The journal PLOS One reports that amateur entomologists in Germany have discovered that some three-quarters of flying insects there have vanished from nature preserves. Dave Goulson, professor of biology at the University of Sussex in the UK, says the problem is so serious, it could lead to an “ecological Armageddon.”

“Flying insects make up the bulk of life on Earth. About two-thirds of all species we know are insects,” Goulson says. “They pollinate more than 80 percent of all the plant species on Earth, so if we lose the flying insects we will lose all the flowers on Earth — literally all of them. Flowers evolved to attract insects, that's why we have them. Three-quarters of our crops need pollinating by flying insects. So, we’d have a world without most fruit and vegetables.”

Insects do other important things, too. They help keep pests under control, they recycle dung and they are food for the majority of other creatures. “Most birds at some stage of their life cycle eat insects. Almost all reptiles, amphibians, aquatic fish, bats, lots of small mammals — all depend on insects. So, essentially, take away the insects and everything else is going to collapse,” Goulson says.

Scientists have known "things weren't going well,” but they had no idea just how dramatic the declines have been until they saw these numbers, Goulson explains.

Many scientists have pointed to the use of neonicotinoid insecticides starting in the 1980s to explain the decline in insect population, but Goulson says we must look at the broader picture.

“Essentially, the way we grow food these days makes the environment completely hostile to more or less all forms of life,” he says. “It isn't just neonicotinoids. We grow these huge monocultures of crops — great big fields — which, typically in Europe, get about 20 different pesticides applied to them each crop cycle, including maybe four or five different insecticides, a whole bunch of fungicides, things to kill slugs, herbicides to control the weeds. So, there's just no scope for anything to survive there apart from the crop. If we cover the landscape in fields like that, then we probably shouldn't be surprised when we see wildlife disappearing.”

Neonicotinoids have gotten a lot of attention because they are particularly toxic to bees. Just three-billionths of a gram of a neonicotinoid will kill a honeybee and farmers apply hundreds of thousands of kilos of them to the landscape every year. What’s more, these chemicals are turning up in unexpected places, including the pollen and nectar of wildflowers. A recent study showed that 75 percent of honey samples taken from all over the world contain neonicotinoids.

“Basically, if you're a bee anywhere in the world, the chances are your food contains neurotoxins that will kill you at really tiny doses, and that surely can't be a good thing,” Goulson says.

Other farming chemicals are just as bad, including organophosphates (many of which are now banned) and fungicides. Fungicides, which one would think have no effect on flying insects, knock out the detoxification mechanism of bees, so, “although the fungicide itself isn't poisonous, if an insect is simultaneously exposed to a fungicide and an insecticide, the insecticide … can be up to a thousand times more toxic,” Goulson explains.

Herbicides designed to get rid of weeds also eliminate nearby flowering plants, so, “although they may or may not be directly poisonous to the bees, if the herbicides get rid of their food, that's just as bad," Goulson says.

“It's this kind of cocktail,” he continues. “The poor bees are going out there, struggling to find food and when they do find food, it's got a mixture of pesticides in it. So, we shouldn't really be surprised that bees and other flying insects aren't doing so well.”

E.O. Wilson, the well-known Harvard University biologist, once said, “If insects were to vanish, the environment would collapse into chaos.” Goulson agrees.

There are things humanity can do to avert disaster, but “they all require buy-in from significant numbers of people,” Goulson says. “One or two environmentalists like me banging on isn't going to do anything. We need the majority of people on Earth to change their ways, and that's a pretty difficult thing to achieve.”