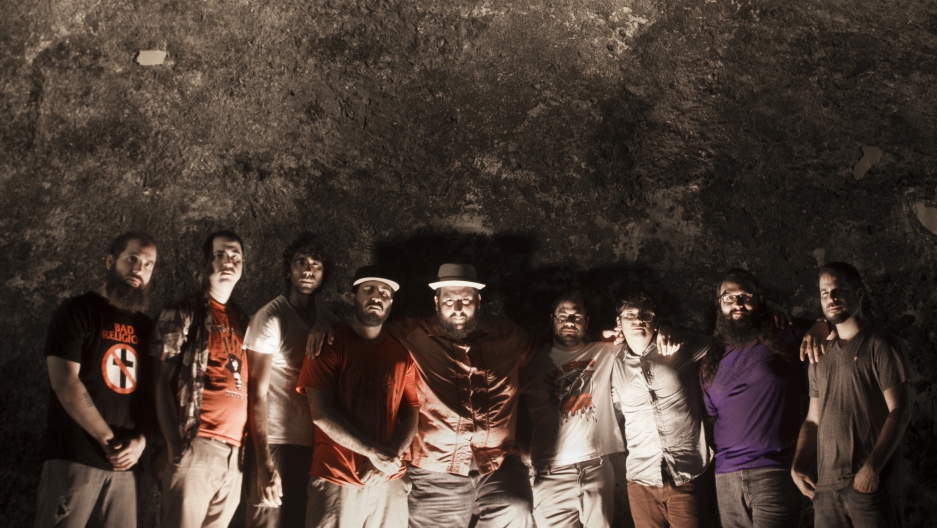 The local 12-piece salsa band, Orquesta El Macabeo, was gearing up for a busy holiday season with eight paid performances on schedule — but those are now up in the air.

Months after Puerto Rico was hit by back-to-back hurricanes, the island’s artistic community faces considerable challenges in its path toward recovery. Hurricane María — the second and more devastating storm — dealt a crippling blow to an already weakened power grid, resulting in a protracted blackout.

Three months later, large areas of the island are still in the dark. Government reports state that 63.7 percent of the power grid load has been restored. However, the Electric Power Authority (AEE) can guarantee that only 7.7 percent of clients have working power.

As a result, recording studios and music venues have closed down, previously planned shows have been cancelled for fear of smaller crowds and independent musicians have been left with little to get by.

“We are dealing with a pre-existing crisis that has now worsened,” says Sofía Gallisá, co-director of Beta-Local, a nonprofit organization for artists by artists. “Artists have always been financially vulnerable in Puerto Rico but the current situation threatens to completely destroy part of that community.”

Related: As Puerto Rico continues to struggle, so do the island's small businesses

The local 12-piece salsa band, Orquesta El Macabeo, was gearing up for a busy holiday season with eight paid performances on schedule — but those are now up in the air. Ongoing electrical problems plaguing the island make it impossible for the band to play some venues while other events have simply been cancelled by promoters who are uncertain they will be able to draw crowds.

José Ibáñez, one of the local music scene’s leading figures, manages and plays upright bass in Orquesta El Macabeo. He also runs both Monopolio Records and Discos De Hoy, the recording studio and label responsible for releasing the band’s albums. He says the aftermath of the storms was like being “stripped of everything you have and care about.”

“My wife and I spent half the storm taking care of the flooding,” recounts Ibáñez. “If I didn’t live near my recording studio, I would have lost all of our equipment there as well.”

Fellow independent musician and studio owner Jorge Mundo, of garage-rockers band Los Vigilantes, has been the victim of looting twice over the past two months.

“People have broken into my house and the saddest thing about it is that even the plastic buckets I use to flush down the toilet were stolen,” he says. “That’s how desperate people are in my neighborhood.”

Although some of his equipment was stolen, his instruments were left untouched. “At least they didn’t take my instruments — and for that I’m grateful!”

Mundo also runs El Dorado Studio, which produces much of Puerto Rico’s indie music. Without water or electricity, he’s been unable to secure new recording projects or schedule gigs, leaving him without income

“Before the storm I had plans to invest some money in studio equipment I had always wanted to have,” he says. “I’m glad I didn’t do it because with that money I’ve been able to subsist these past months that I haven’t been able to produce.”

Bringing relief to the island

Some organizations are stepping up to counter the damage of both hurricanes and the federal government’s prolonged plans for recovery. Beta-Local has been one of those organizations. Two-thirds of the applicants to the organization’s El Serrucho Hurricane Maria Emergency Fund have lost not their houses or vehicles — but their income.

Other groups like the Andy Warhol Foundation, the Robert Rauschenberg Foundation and Foundation, and the Hispanic Federation have also contributed.“There has to be a process for their long-term recovery,” explains Gallisá.

This last donation was made possible thanks to Broadway sensation Lin-Manuel Miranda, whose profits from the star-studded relief song he wrote for Puerto Rico, “Almost Like Praying,” will actually reach independent musicians on the island in need of help.

Another relief effort, the Puerto Rico Independent Musicians and Artists Emergency Fund (PRIMA), is accepting donations from the general public through their website. Started by musicians Raquel Berríos of Brooklyn-based buzz band Buscabulla and singer-songwriter Ani Cordero, PRIMA aims to help as many people as possible by issuing $500 micro-grants to artists in need.

“Even though we’ve been living and making music in New York City for a while, I still feel like I’m part of that scene [in Puerto Rico] to a degree,” says Berríos, who, like Cordero, was planning to relocate to Puerto Rico to record her band’s next record. “Independent music is not generally thought of as a valuable cultural asset in Puerto Rico, but now is the best time to help rewrite that narrative.”

Independent record label Dead Mofongo Records is gearing up for its next big release, and first after the storms: José Iván Moreira’s solo LP “El Fin Del Deseo” was pushed back six weeks following María. The venue Club 77 just reopened its doors last week — not because it got its power back, but because the owners got tired of waiting and invested in their own generator.

Related: In San Juan, they're going street by street, house by house, turning the lights back on

“The investment we made on this album is something we can’t afford not to recoup,” Moreira says wearily. He says he has not been able to generate income for two months and has started to look for opportunities elsewhere.

Besides PRIMA and Beta-Local, however, there seem to be few resources available to musicians living in Puerto Rico. For Diego Bernal, co-owner of the independent label Dead Mofongo Records, and drummer for Campo-Formio and Los Nervios, the devastation for musicians is just another part of being a struggling artist.

“If there is a class in Puerto Rico that knows firsthand about sacrifice, perseverance and survival, it's the underground artistic class,” he says. “It has never been easy to start or maintain a project here — but that challenge is the reason why we have so many good artists.