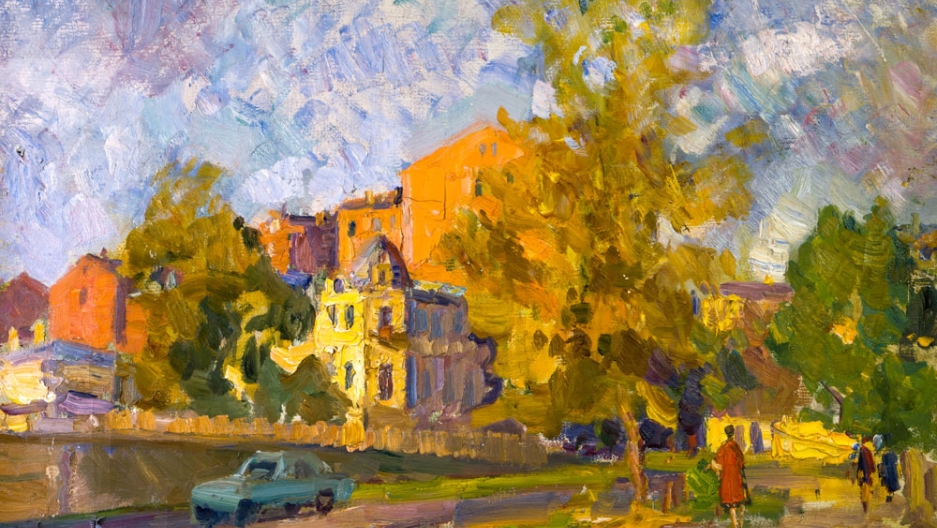 After the Bolsheviks seized control of Russia in 1917, one of the many ways they changed the empire was converting a former imperial porcelain factory in St. Petersburg — then Leningrad — into a propaganda plant. They ordered the factory’s artists to start designing Communist Party porcelain.

“The task for these artists was to proselytize the masses, to propagandize the masses, to ‘agitate,’ as they called it, the masses,” said Anna Winestein, a specialist on Russia's visual art and theater history. She’s curated an exhibition in Massachusetts about Jewish artists of the Russian and Soviet empires at the Museum of Russian Icons. 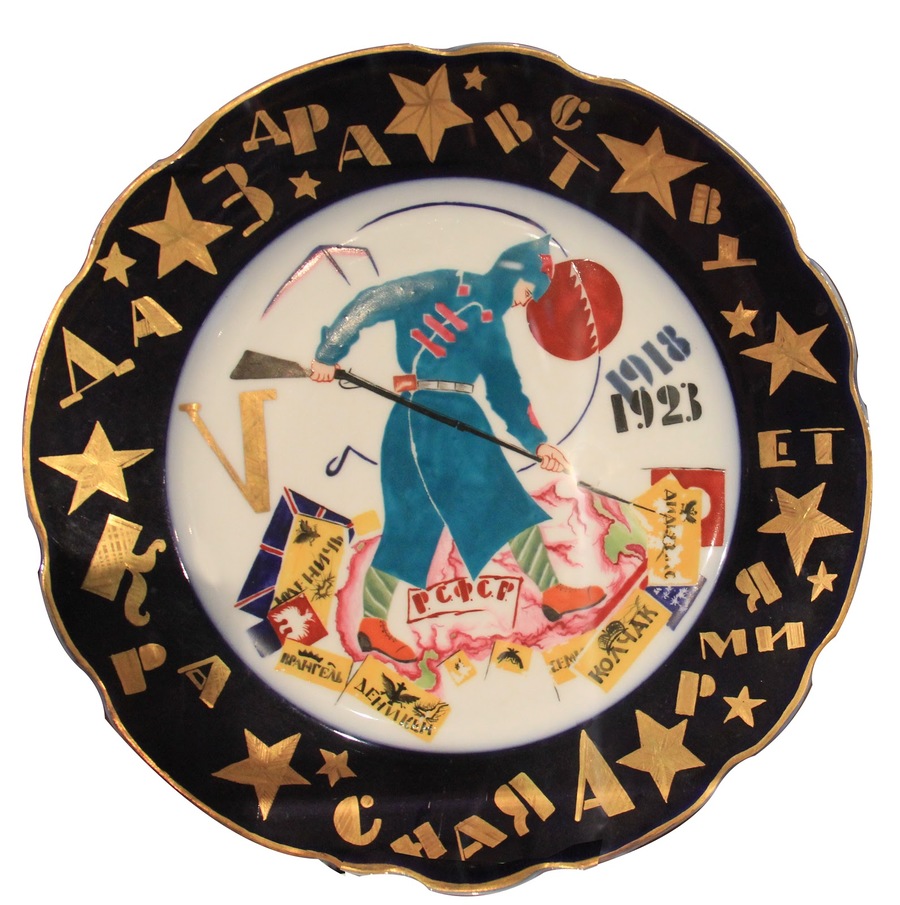 One porcelain plate designed by the Jewish artist Mikhail Adamovich shows a Red Army soldier stomping on signs with the names of White Army generals. Adamovich designed it in 1923 to commemorate five years since the beginning of the Russian Civil War, which the Red Army won.

Related: A century after the October Revolution, Moscow shrugs

“He's trying to, kind of, raise awareness of the things that are near and dear to the Bolshevik leadership's heart and to celebrate the victories, in this case.”

Even though the Bolsheviks nationalized the factory in part to make porcelain cheaper for Russians, Winestein said, this sort of mass-produced commemorative plate was something most Russians still couldn’t afford — and those who could, didn’t buy a dinner set to eat off of.

Related: A century after the revolution, Russians build monuments to the czars

“This would have been an object of pride in somebody's home — and beauty,” Winestein said. “And part of the idea for the artists was that now, under the guise of this kind of propagandizing, still to bring beauty to people's lives.”

Designing propaganda porcelain was a way for Adamovich to make a living, Winestein said, after years of struggling to survive and express himself as a Jewish artist in the Russian Empire.

Before the revolution of 1917, Winestein said, the vast majority of Jews lived in the Pale of Settlement, a region in the western part of the empire. Only artists from highly educated, well-off families could live outside the settlement, she said, and even then, the Imperial Academy of Arts allowed few Jews in.

“They were excluded from the whole infrastructure of the art world,” Winestein said.

After the Bolsheviks took control and did away with Czarist-era anti-Semitic laws, life for Jewish artists living in the early Soviet Union got a little easier, according to Winestein. Even before the revolution, the abstract artist El Lissitzky was developing Suprematism, an art movement, defined by basic geometric forms and limited palette.

“But what [the revolution] did is give him a platform to bring this to much greater visibility because it sort of turned the art-world hierarchies upside down,” Winestein said. New art schools opened, and Jews could move out of the pale and into the cities. 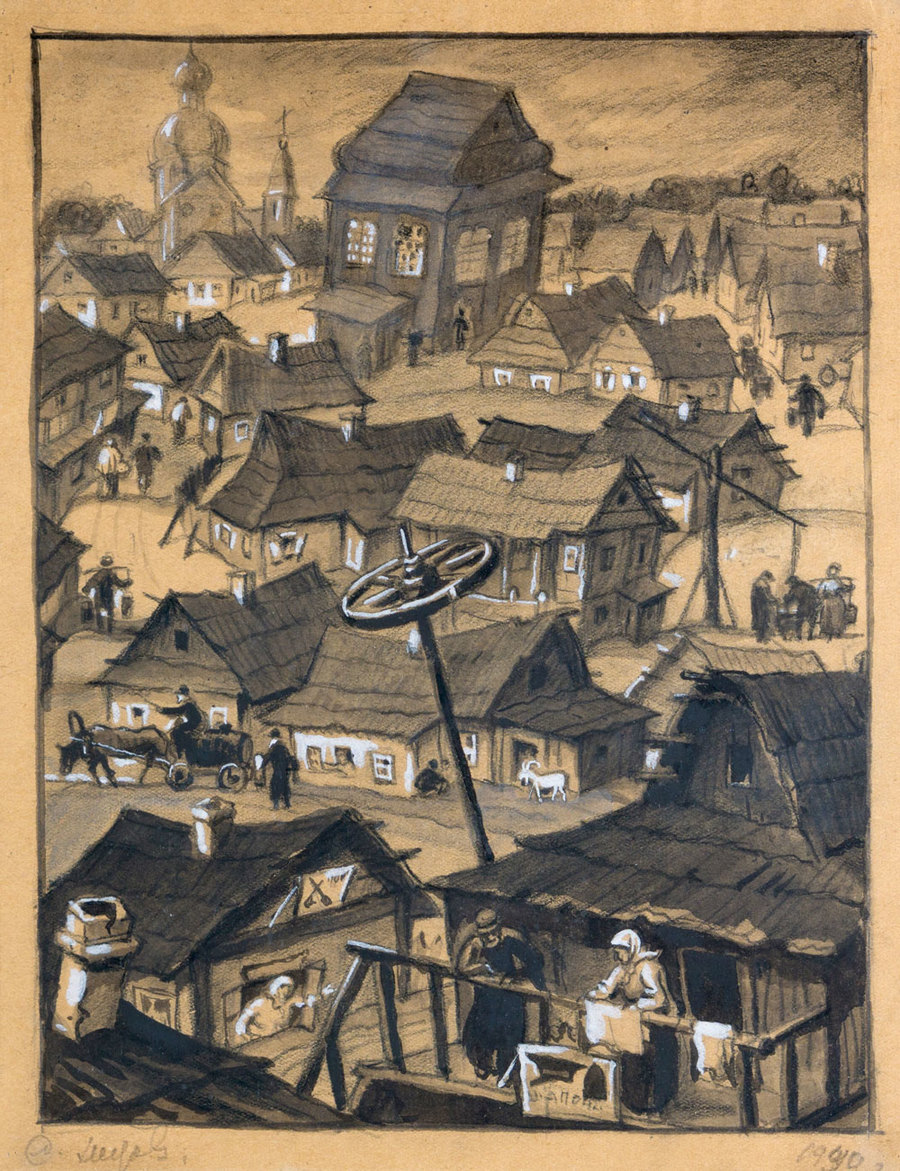 “Quite a lot of artists would do book illustration, graphic design in order to have a job to, you know, not not run afoul of the authorities," she said. "Then they would make art on the side. And that art accumulated, and eventually the time came when it could be shown and shared.”

Since the Soviet Union dissolved in 1991, artists have been able to travel freely and exhibit their work globally.

“And that has benefited Jewish artists and non-Jewish artists,” Winestein said. “The question is going to be, what happens going forward? Will that freedom of movement, that freedom of exchange, continue? And also, what will the policies of the government be about expression and the people it affects?”

“Migration & Memory: Jewish Artists of the Russian and Soviet Empires” is on view at the Museum of Russian Icons in Clinton, Massachusetts, through Jan. 28, 2018.