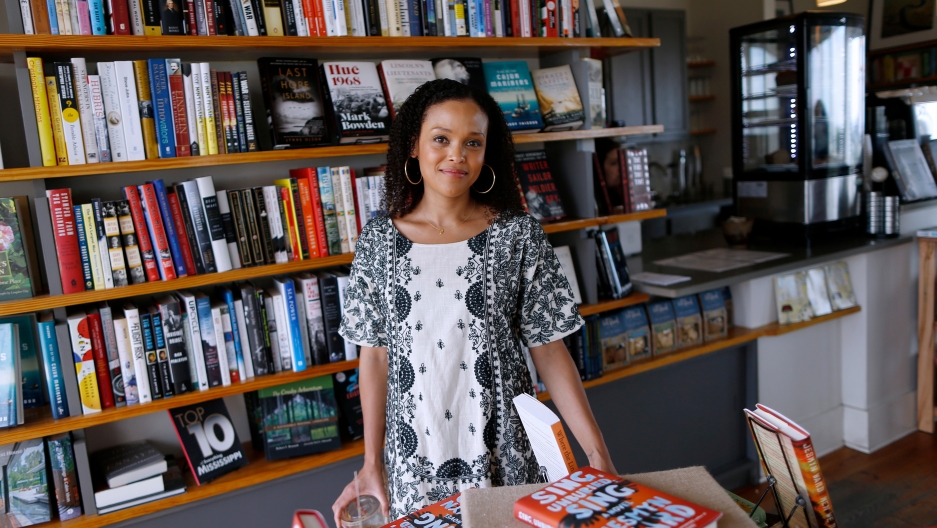 Jesmyn Ward was at the tail end of her summer break when Hurricane Katrina struck her hometown of Delisle, Mississippi, on the Gulf Coast.

In the days leading up to the storm, she was supposed to return to Ann Arbor, Michigan, to start teaching.

"But because I’m always so homesick,” she says, “I thought, I’ll just stay here till the last moment. I’ll stay here through the hurricane, then I’ll drive up to Michigan. I totally underestimated the storm."

She had to escape a house filling with water so quickly that her family feared they would drown in the attic.

That harrowing experience inspired Ward’s 2011 novel, “Salvage the Bones,” which won the National Book Award for fiction. It’s a rare depiction of contemporary African American life in a rural setting, on the wooded outskirts of a small town.

But it was a more familiar tragedy that made Jesmyn Ward the writer she is: a car accident that claimed the life of her younger brother.

"He taught me an important lesson, that — it’s so clichéd, but — we’re not promised anything, and we can die at any time. … What could I do with my life that if I did die in a month, or a year, or tomorrow, whenever, that I would feel that I’d lived a life worth living, and done something that makes me happy? ... And so I went against my better judgment, which told me that I should study for the LSAT and go to law school, and I decided to commit to writing.”