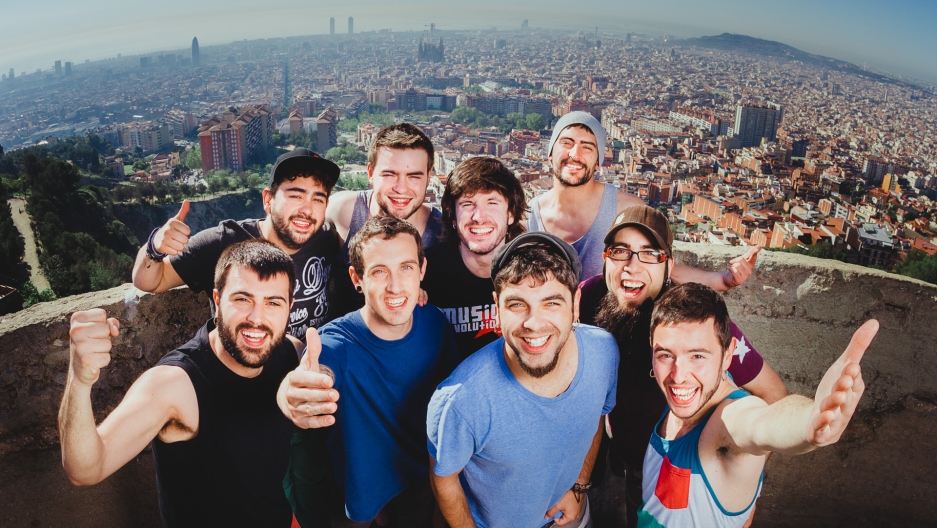 Members of the Catalonian band, Txarango

An independence movement may seem to be the perfect trigger for a great song.

It's bound to be energetic and optimistic, and ought to have all sorts of emblems of identity of the people seeking independence.

Take a band called Txarango, from Catalonia. It's pure Catalan rock music in the Catalan language.

The independence question touches everything in the region as Catalan separatist leaders continue to make the case for independence from Spain. The Spanish government continues to oppose it.

For a Catalan musician like Txarango's lead singer Alguer Miquel Bo, it's a bit of a dilemma. He wants to be part of the movement, but he doesn't want to be typecast.

"I am a lot more things than a musician or a Catalan," he says. Music is the way he and the band have chosen to try and connect with people, he adds.

I'm guessing you don't have to be from Catalonia to get where he's coming from.