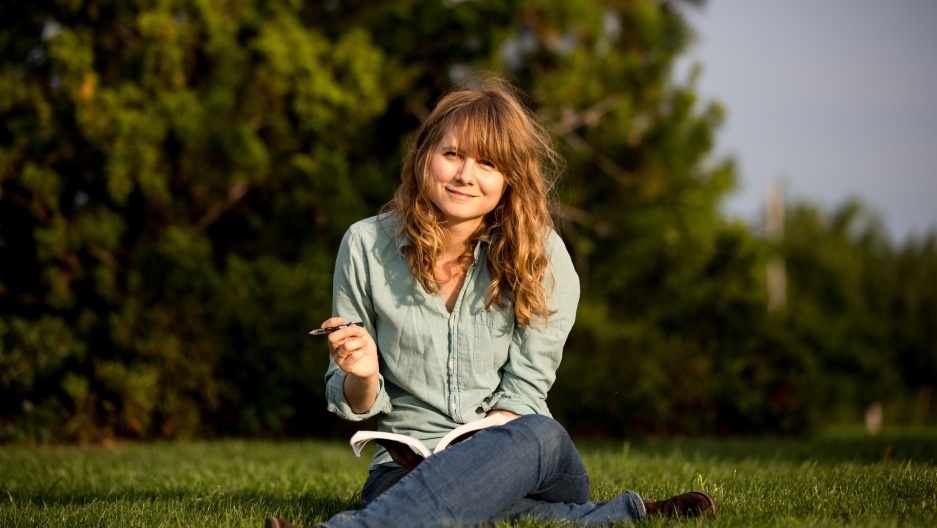 The plays of Annie Baker aren’t like other plays. It feels like half of them pass in awkward silence.

When characters do talk, they don’t often put their feelings into neat sentences.

The result feels remarkably lifelike. But every “um,” “ah,” and pause is meticulously calibrated, like notes in a musical score. Those who love her plays really love them — she won the Pulitzer in 2014 for “The Flick” — but they’re not for everyone.

A year after it debuted in 2009, your play Circle Mirror Transformation was the second-most staged play in America. Why?

That shocked me, because when I sat down to write the play, I was writing about this community center in Amherst, Massachusetts, where I grew up. One of the things I’ve discovered since the play blew up is that most towns in the world have an eccentric lady who teaches a drama class in the basement of a community center. That’s sort of a worldwide phenomenon.

I think of my work as very accessible, if not too accessible. I beat myself up in private over being overly accessible and conventional, so I’m always surprised when people say stuff like “cutting edge” or “divisive.” I think of myself as a panderer.

The characters in "The Flick" are desperate to make a human connection but can’t quite do it. In general, do you have the feeling that people are talking past each other?

Yes, I do. I feel that way a lot, and I assume most people do. I feel constantly distressed by the amount of small talk that we all have to do every day. I’m really bad at it. I think small talk is something that I’m exploring in my plays — the agonies of small talk.