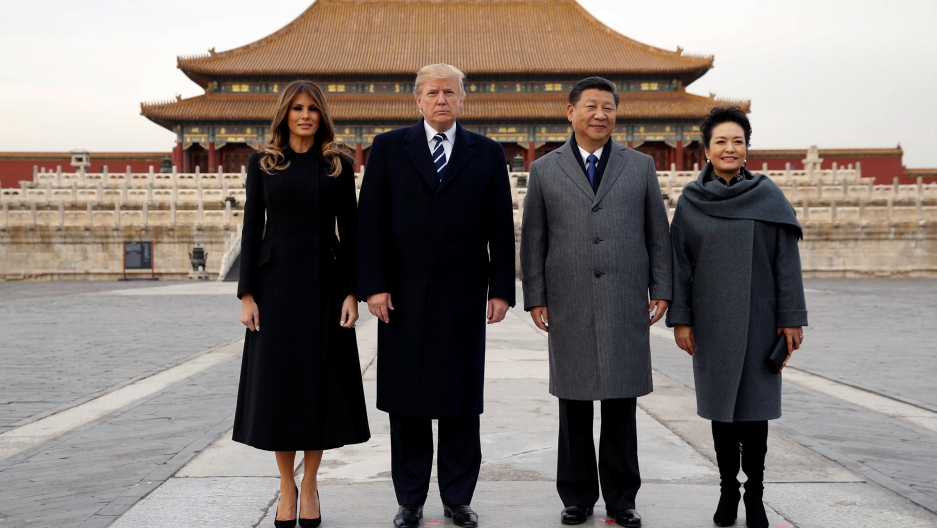 In October, Chinese President Xi Jinping made a bold statement in publically positioning his country as the next global leader in combating climate change.

“Taking a driving seat in international cooperation to respond to climate change,” Xi said at the 19th Chinese Communist Party Congress last month. “China has become an important participant, contributor, and torch-bearer in the global endeavor for ecological civilization.”

China and the US acted together two years ago to pave the way for a successful Paris agreement. Now, under President Donald Trump, the US is backing away from that agreement and China sees an opportunity to lay claim to the process and carve out space for itself as a diplomatic leader.

After months of affirming its commitment to cutting carbon, Xi’s phrase “taking a driving seat" removed any doubt that the country is positioning itself not just as a willing participant, but as a leader in global climate action.

"It shows that China’s top leaders place fighting climate change, and working with other countries to do so, as a key international goal," said Alvin Lin, with the Natural Resources Defense Council's China office. He called Xi's statement "very important."

China appears well ahead of its Paris agreement target of hitting peak carbon emissions by 2030.

And even though it still burns more coal than any other country, it's working to wean itself off the dirty fuel. China canceled plans for more than 100 new coal-fired power plants this year.

"The country is certainly living up to President Xi's words domestically,” said Andrew Light, a former US climate negotiator and fellow at the World Resources Institute, “in terms of their ambitious efforts to reduce their own emissions, to clean up their own air, and to really lead the way on addressing this problem.”

China is also leading the way as the world's largest investor in renewable energy, spending about a billion dollars a year on clean energy.

This shift from coal to renewables at home is partly in response to pressures from Chinese citizens, who are increasingly worried about their smog-choked cities.

"If you look at Chinese society, they're going through what we had in the '60s and '70s,” said David Rank, a former acting US ambassador to China.

“Chinese political consciousness is evolving really around the environmental impacts that rapid development has had in China," Rank said. "There is significant pressure within the Chinese system for movement on both traditional pollutants and on carbon."

The domestic energy shifts in China that are driven by these environmental concerns, and the race to cash in on renewable energy technologies, lend considerable weight to Xi’s claims that China is in the “driving seat” when it comes to combatting climate change.

But abroad, the story is different.

“[China] is on track to export as many as 100 coal-fired power plants,” Economy said. “There’s also going to be plans to export steel capacity and cement production and many other polluting industries.”

Climate change and the environment aren’t expected to feature, at least publically, in Trump and Xi’s talks during their meetings in China this week.

But halfway around the globe, climate experts will be watching how Chinese delegates act at this year’s climate summit in Bonn, Germany.

"Given China’s more active stance in global climate efforts, I’ll be watching to see if the delegation plays a more active role to try to bridge differing viewpoints and push forward the negotiations," said the NRDC's Alvin Lin.

Representatives from nearly 200 countries are meeting in Bonn this week and next to work toward developing a “rule book” governing how the Paris accord will work.

"This is the test of Chinese leadership,” said Light.

China has long been reluctant to allow other countries to verify its carbon pollution data. Two years ago in Paris, it finally signed on to an agreement that outlines a single transparent verification system for all countries. Now, with the US backing out of the Paris agreement, Light says the question is whether China will stick to that commitment.

"If China is really going to step into the leadership vacuum created by the United States,” Light said, “then they must also accept that other countries must be allowed to see what they're doing with respect to their emissions. Because that is absolutely essential to get Paris to succeed."

Despite President Trump’s announced withdrawal from the Paris agreement in June, the US is still in for now, as it takes years for countries to officially remove themselves from the accord.

The US and China are co-chairing the working group on emissions verification at the Bonn summit.

And it’s toward that working group — not the ceremonial meeting of Presidents Xi and Trump — where many climate experts are looking for signs of how China is living up to its self-professed role as climate leader.