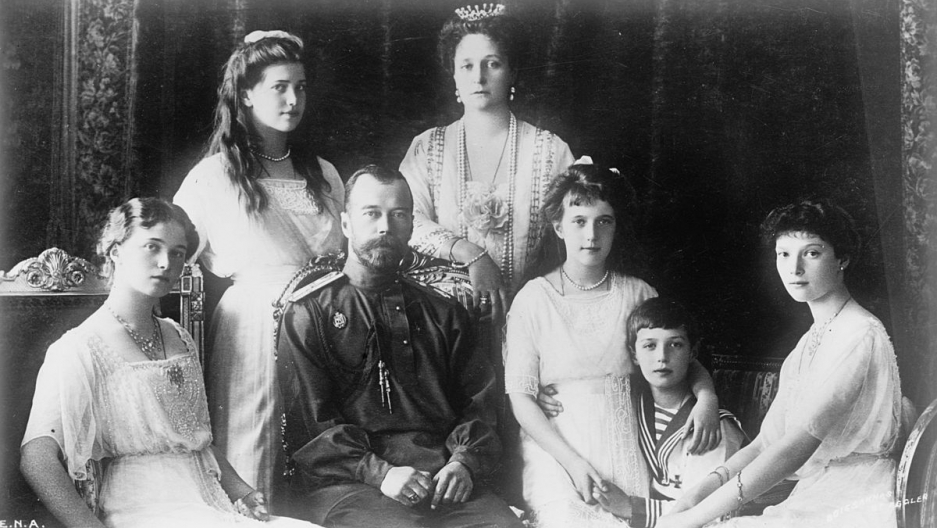 A Russian lawmaker speaking on TV recently described something amazing happening to a statue of the last Russian emperor in Crimea: The stone torso had begun to weep.

PRI could not yet independently verify such an occurrence. But the symbolism of the politician’s remarks was weighty.

“People bring their ill children to touch the statue and be cured. It’s a miracle that no one can explain, not even the scientists!” declared State Duma legislator Natalia Poklonskaya during her appearance on Tsargrad television. “And this is happening on the 100th anniversary!”

Russia is not officially celebrating the centennial of its 1917 Bolshevik Revolution on Tuesday. In fact, 100 years after the country upended its centuries-old monarchy, many Russians have begun to love and even worship their last czar. More than 25 monuments in honor of Czar Nicholas II have been erected in Russian cities since the collapse of the Soviet Union, and billboards with the message "Forgive us, our sovereign!" have also gone up. Declared a saint by the Russian Orthodox Church, the czar is respected now especially because of the way he died: murdered by the Bolsheviks together with his wife, his five children, and even his servants.

“There’s been a marked increase in the number of monuments in honor of Nicholas II. At least 15 statues were built just in the last seven years — which is more than in the previous two decades,” said Yekaterina Boltunova, an associate professor at Russia’s National Research University, during a recent lecture in Moscow. “Nicholas II is moving into center stage. It’s clear that he is taking up more space in the public eye.” 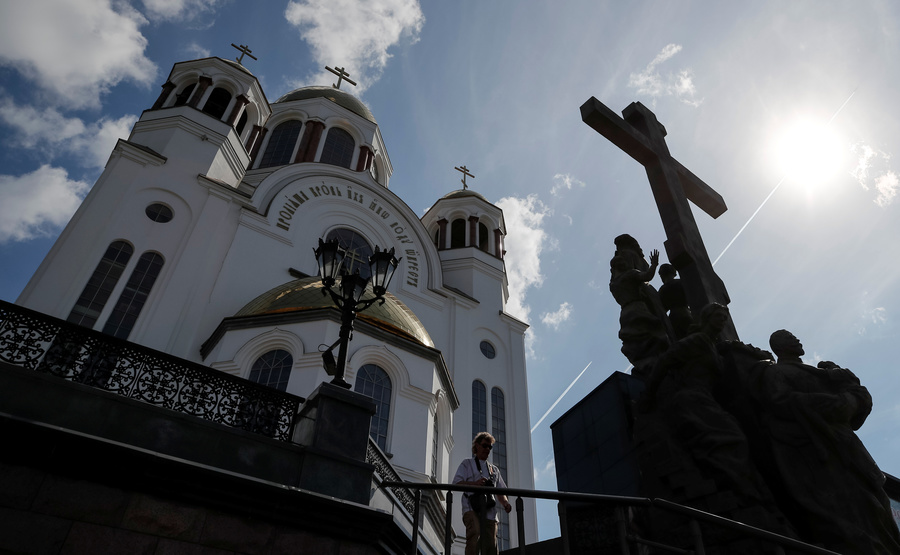 A church and monument to the last Russian Czar Nicholas II and his family are pictured in Yekaterinburg, Russia, Aug. 19, 2017.

Nicholas II isn’t the only czar making a monumental comeback. A year ago, Ivan the Terrible got his first new statue, with Russian officials saying he’d been judged unfairly despite his reign of terror. But there’s something mystical about the tributes to the last ruler before Russia transformed into the Soviet Union.

One of the monuments depicts an angel embracing the czar. Another sculpture in Yekaterinburg, which is not far from the spot where the royal family was murdered, shows the Romanovs descending the steps into the execution room, with the czar holding the prince in his arms.

Czar Nicholas II was a controversial leader who was nicknamed “Bloody Nicholas” after his soldiers fired on a crowd of peaceful protesters in 1905. About 100 people were killed and hundreds injured. The czar also did little to stop deadly anti-Jewish pogroms that took place throughout the empire. During the Soviet time, the government portrayed him as a weak ruler who was responsible for Russia’s losses in the war with Japan and in World War I, which resulted in the secession of Poland.

The Russian Orthodox Church, meanwhile, declared Nicholas II a saint seven years ago. It funded and consecrated many of his monuments. Many of the church’s believers see the last Russian emperor as a holy martyr.

“History can be written in different ways. I trust what’s written in the church books. That’s the truth for me,” said Andrey Froshkayzer, a businessman who campaigned to build a statue of Nicholas II in the town of Leninsk-Kuznetsky. “We must respect the czar; he is the father of the nation. He was killed, he sacrificed himself.” 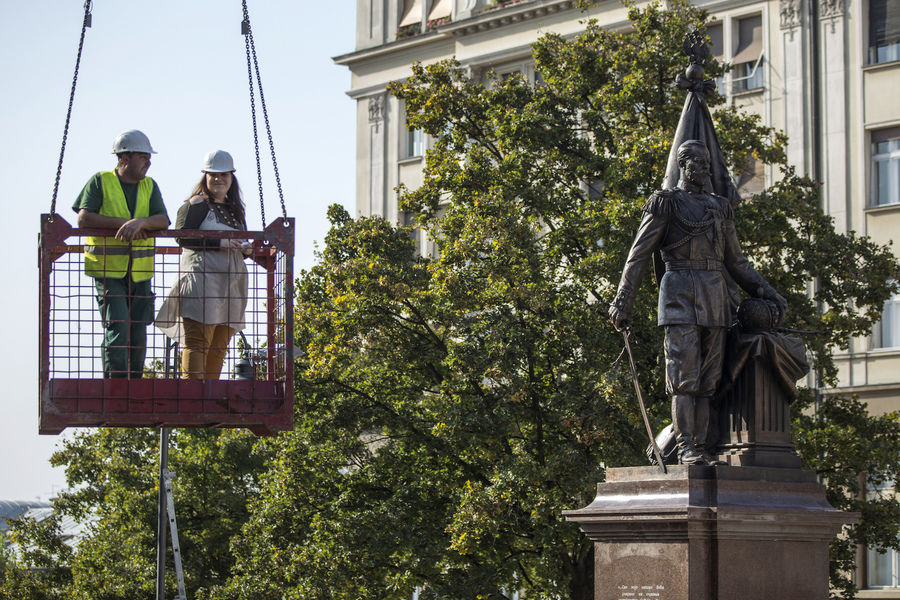 Russia's not the only place. This Czar Nicholas II monument stands in Belgrade, Serbia.

Recently, Russian monarchists also campaigned to block the release of the feature film “Matilda,” which tells the story of Nicholas II’s love affair with a ballerina. The film director’s studio was also attacked, a movie theater was set on fire and dozens of cinemas received arson threats.

But the effort to block the release of the film — that believers claim disrespects the saintly Russian monarch — was unsuccessful. Despite the arson attacks, “Matilda” premiered at the end of October. (Here's the trailer in Russian.)

Certainly not everyone in Russia reveres Nicholas II.

In May, someone broke the flower beds around the monument in Yevpatoria, Crimea; in June, green paint was smeared on his statue in Vladivostok; in August, a man with an ax attacked the bronze sculpture of Nicholas II in Novosibirsk; and about a month ago, someone in Leninsk-Kuznetsky threw chicken eggs on the statue of the monarch.