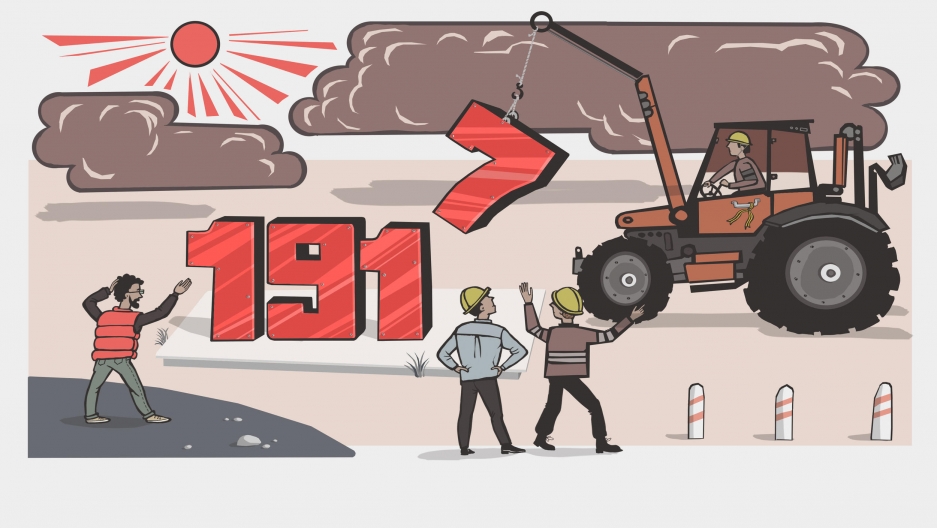 The diorama showing how Ulyanovsk looked when Vladimir Lenin was born here in 1870 is noticeably full of Orthodox churches.

Their gleaming onion domes are positioned overlooking the Volga River in the model Ulyanovsk, which was renamed for its most famous son. He was born Vladimir Ilyich Ulyanov, and then changed his name to Lenin before spearheading the Bolshevik Revolution that led to the creation of the atheist Soviet Union superpower 100 years ago.

Yulia Skoromolova, head of Ulyanovsk’s state-run tourism board, looks down at this miniature idyll. For a moment, her eyes soften. “Lenin was educated and he came from a good family, from a good city.” Like other exhibits in the sprawling Lenin memorial complex which she oversees, the diorama has been carefully put together. But then she sighs: “Why did he lead this revolution?”

The self-described Lenin devotee is not the only one conflicted by 1917. The whole country seems at a loss over how to mark the events, from the October revolution through to the bloody end of the Russian monarchy the following year, with the murder of Tsar Nicholas II and his family by firing squad.

In Soviet times, the anniversary of the revolution — which falls on November 7 in the post-tsarist calendar — was marked with military parades through Moscow’s Red Square. But the Kremlin is not organizing any official events for the centenary. Russian President Vladimir Putin is expected to speak — it would be remiss if he didn’t — but if previous mentions are anything to go by, the revolution will not get any special treatment. A week before, he referred to the centenary with unease, saying “we must never again push society to the dangerous precipice of division”.

On the one hand, the Soviet Union forged Putin and gave Moscow enormous global influence. The Russian leader has famously described its collapse as the “geopolitical catastrophe of the century.” But on the other hand, he fears dissent, especially revolution, and his administration has worked hard to put down any youth-oriented opposition.

The modern-day Kremlin is also concerned about keeping the Russian Orthodox Church on side, which takes a dim view of the revolution and the murder of the last tsar. Nicholas II — who has been canonized as a saint — has many adherents who are preparing to mark the centenary of the royal family’s deaths next year. And it has been notable how cautious the government has been in its reaction to protests over a new film about the last tsar.

“The government has this strange ideological combination of forcefulness and fuzziness,” said Maria Lipman, an independent analyst in Moscow and editor-in-chief of George Washington University’s Counterpoint journal. “The official rhetoric is ‘Russia is great’ and has an unblemished historical record, and questioning this is unpatriotic, or even worse.” As a result, she adds, Putin’s position on 1917 has become “one of obfuscation and oblivion.”

This may have worked. The country itself appears divided in how to view the revolution: in a March poll published by the independent Levada Center, 38 percent of Russians said they saw 1917 positively; 25 percent negatively. A third said the country should not dwell on what happened, while 44 percent viewed the revolution as an opportunity to learn from its mistakes. 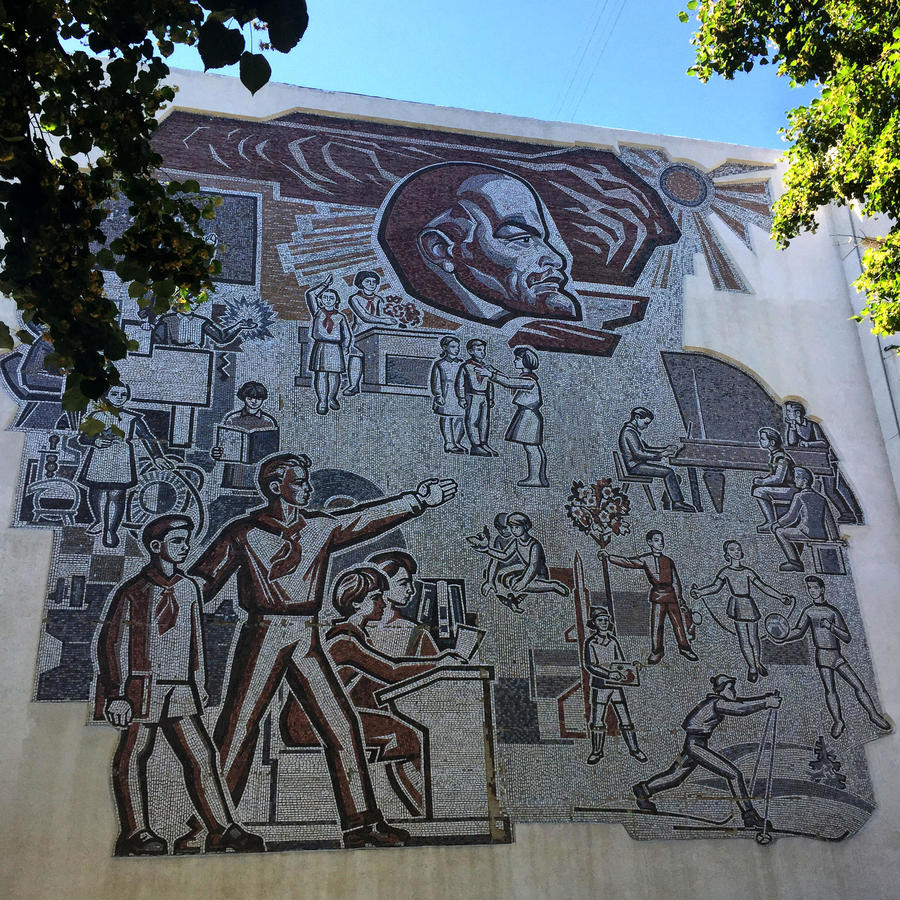 More than a thousand miles east of Moscow, in the Urals city of Yekaterinburg, the mood is one of outright rejection towards Russia’s revolutionary past. Despite having a prominent Lenin Avenue and an accompanying statue, the city where Russia’s last tsar was killed in 1918 is now becoming almost a shrine to his memory.

Two current exhibits, including on the spot where the Romanovs were shot — now home to a church — feature quotes by imperial army generals alongside tsarist medals and lapels. The White Army, the adversary of the Red Bolsheviks, is glorified, a rare sight in Russia. “The revolution is not relevant here, and you won’t find anyone who’ll raise the subject,” said the city’s mayor, Yevgeny Roizman, in an interview.

Since Putin gave the Ministry of Culture the task of marking the centennial last year, some events have popped up across Russia. St. Petersburg, the cradle of the revolution, is staging a huge exhibition at the Hermitage. But other countries are doing much more, in direct recognition of the revolution’s impact. London, Paris, New York and Hong Kong, for instance, are all putting on major events, including gala concerts, theatre performances, art shows and films.

The Russian media has taken on the subject, though without stirring much debate or controversy. The state-run Tass news agency has a splashy new site dedicated to the events leading up to the revolution. RT, the Kremlin’s English-language channel, has been live-tweeting the revolutionary year. The network has set up more than 40 Twitter handles, including for Lenin and Tsar Nicholas II, using original photos, newspaper clippings and quotes in many of its posts. At the time of writing, the tsar was lagging behind his nemesis, with Lenin boasting more than 17,000 Twitter followers.

RT continues to target Western viewers, even as its pro-Kremlin propagandizing has come under close scrutiny in the U.S. The revolutionary social media campaign was designed with that audience in mind, according to the head of online projects there, Kirill Karnovich-Valua. The revolution “may not be widely understood in the West,” he said. 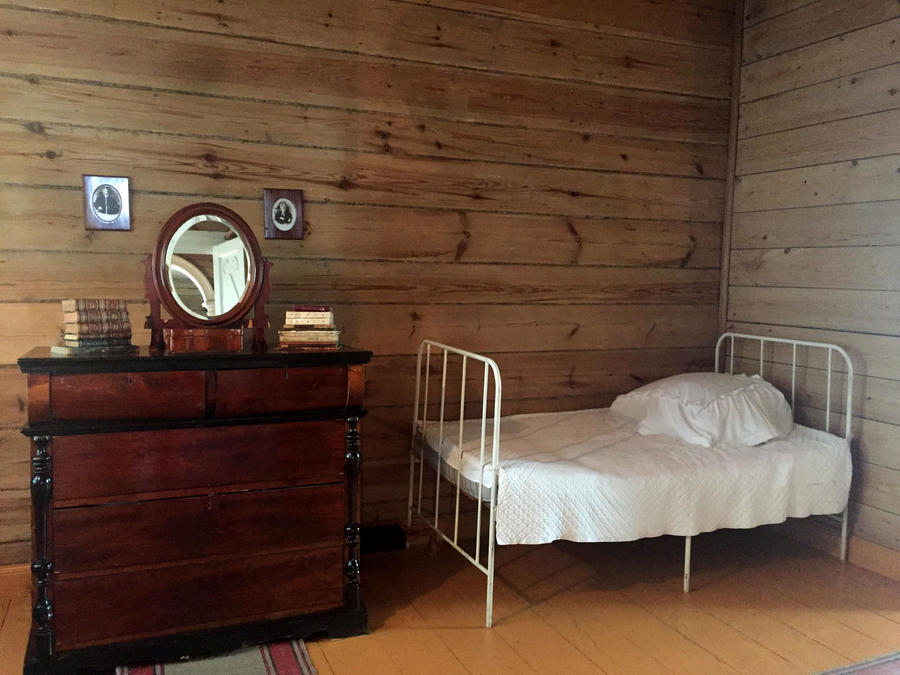 Where the Soviet Union began.

Journalist Mikahil Zygar, founder of Russia’s only independent news channel, TV Rain, has said he wants to do the opposite. He has set up an interactive site called 1917: Free Story, which he hopes will debunk Russian conspiracy theories about Western meddling and interference that have been resurfacing in contemporary Russian politics.

Television channels Rossiya 1 and Channel One, the country’s state-run heavyweights, have both commissioned a series about the revolution. Significantly, both vilify the revolutionaries Alexander Parvus and Leon Trotsky, who are widely considered as outsiders because they were Jews.

In Soviet times, the narrative of the country was explicit, whereas today “we have no official origin story,” said Maria Lipman, the analyst.

She pointed to Putin’s end-of-year address in 2012, as evidence of what she meant. “Russia did not begin either in 1917, or in 1991,” the Russian leader said at the time. “We have a single, uninterrupted history spanning over 1,000 years.”