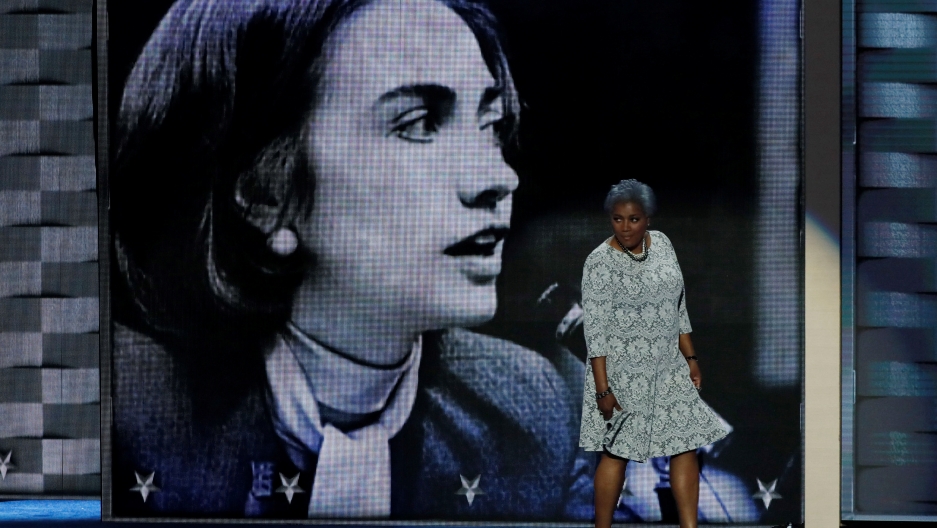 Former Democratic National Committee Chair Donna Brazile has the Democratic chattering class going crazy as she makes the media rounds, talking up her new book about what happened inside party headquarters during the 2016 election.

Some Democrats feel betrayed by Brazile’s insider account of the election debacle, and some top Clinton staffers wrote an open letter responding to Brazile, saying they are “shocked” to read some of the claims she’s leveled against Hillary Clinton and her campaign.

I mean, are we really surprised that the Clinton campaign took over fundraising for the broke DNC, in exchange for making decisions and spending the money the way the campaign saw fit?  After the ouster of former chair, Rep. Debbie Wasserman Schultz, amid fallout from the WikiLeaks emails showing DNC favoritism for Clinton over Sen. Bernie Sanders, are we that stunned at the allegations of collusion between the DNC and the Clinton campaign?  And because everybody else was talking about Clinton’s health after she collapsed at a 9/11 memorial ceremony less than two months before the election, is it really startling to know that Brazile and the DNC were pondering a replacement for Clinton if she could not continue campaigning, and that Vice President Joe Biden was at the top of that list?

Who else would you call eight weeks before Election Day, if not the sitting vice president?

As I say, much ado about nothing. In truth, I would be “shocked” to learn that these things did not take place during that crazy campaign.

I’m not naïve; I accept that what happened can have real implications for what happens next.  And yet, I wonder, how much longer this post-mortem will go on? In this sense, the Democrats are just like Donald Trump — they can’t seem to leave the past in the past. Reminds me of the Ashford & Simpson classic song, "It Seems to Hang On." "Like a snowball rolling down the hill, it seems to hang on/I look behind me, it’s there still, it seems to hang on."

Bill Clinton was right — every election is about the future, never the past.

The Democrats are doomed to repeat the past if they don’t start to interrogate their present and address their “too” problem: Too cozy. Too centrist. Too careful.

Too cozy. We all witnessed how Clinton burned herself with those top-dollar secret speeches to Wall Street prior to announcing her candidacy, from which she never fully recovered. The American people can handle just about anything, but they hate hypocrisy. Let’s just be honest, Washington is bought and bossed by big money and big business. It’s hard for Democrats to condemn and collect at the same time. Wall Street is once again minting money, while all the experts predict that their behavior, uninterrupted, could lead to another crash and taxpayer bailout. Meanwhile, Paul Ryan’s new tax plan is loaded with goodies for Wall Street. More treats for them, more tricks for us.

Too centrist. Years ago, the radio broadcaster Jim Hightower said at least one thing I agree with: “The only thing you find in the middle of the road is a dead armadillo.” Some of us remember how the party started moving to the political middle during the Clinton years and the heyday of the Democratic Leadership Council, and we ended up with welfare "deform" legislation and unjust criminal justice laws. It’s hard to know what the Democratic Party’s mission statement is these days. The party platform is one thing, but progressive policy proposals are sorely lacking.

Too careful. It didn’t take a book by Brazile to highlight the civil war going on inside the Democratic Party. I’m no expert on these matters, but gradualism is not the answer. This moment requires boldness. The intraparty fight between the centrists and the populist left is, in many ways, a generational contest. Left unresolved, the notion of Democrats sweeping back into office next year or in 2020 just because Trump’s poll numbers are in the toilet, would be a huge miscalculation. It ought to be clear by now, that the issues of income inequality and economic mobility are the resonant issues. For white males, black males, and most every other voter no matter where they are on the political spectrum. The question is whether Democrats can advance an agenda that balances economic populism with progressive social values?

They had better figure it out — before it’s too late.