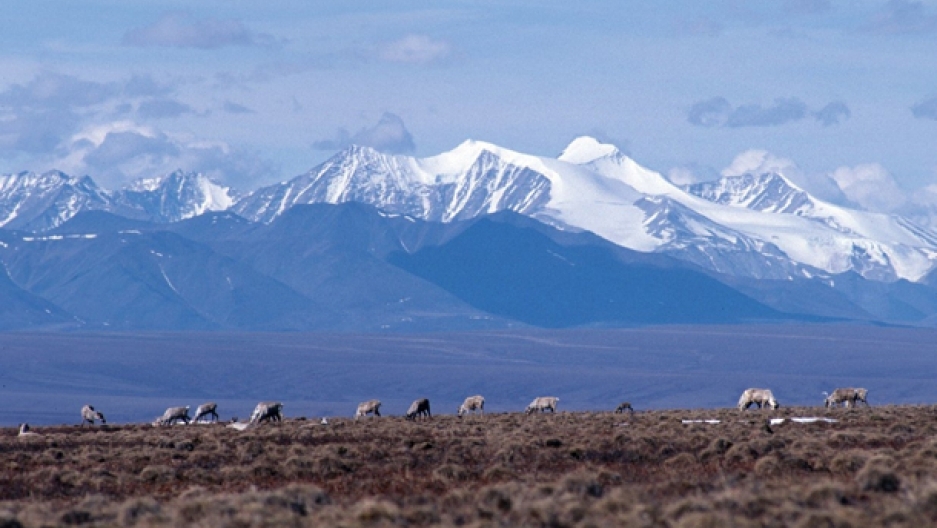 The porcupine caribou is one of many species that rely on the coastal plain section of the Arctic National Wildlife Refuge for breeding and migration.

US Fish and Wildlife Service/Flickr CC BY 2.0

Budget resolutions passed in the US House and Senate will likely lead to drilling in the Arctic National Wildlife Refuge’s pristine coastal plain, if they’re approved in their current form.

The massive Arctic National Wildlife Refuge (ANWR), in the far north of Alaska, has the largest variety of plant and animal life of any protected area north of the Arctic Circle — including vast herds of migrating caribou and countless birds, wolves, muskoxen and grizzly bears. Seismic tests in the area also promise billions of barrels of oil underground, and with both chambers of Congress under Republican control, the decades-long push to open the area to drilling might finally succeed.

At the end of last month, the Fish and Wildlife Service reversed positions and supported the move to drill in the area. President Donald Trump’s 2018 budget plan says to allow oil and gas production there.

“In both the House and the Senate, the resolutions offer instructions for committees to find revenue,” says Erica Martinson, the Washington, DC-based reporter for Alaska Dispatch News. “In the House, they asked the House Natural Resources Committee — Alaska congressman Don Young's home committee — to find $5 billion in revenue. They say that they're going to do that through a provision that allows drilling in ANWR.”

“In the Senate,” Martinson continues, “they've asked Alaska Senator Lisa Murkowski's Energy and Natural Resources Committee to find $1 billion in revenue, and it's well known to everyone on Capitol Hill that her number one way for doing that is going to be drilling in ANWR.”

These revenue-gathering measures could easily go forward because the GOP-controlled Congress is using the now-familiar mechanism of “budget reconciliation” to ensure that these measures can pass with a simple 51-vote majority, making them filibuster-proof. Reconciliation is the same mechanism Republican lawmakers tried to use, without success, to pass bills attempting to repeal the Affordable Care Act.

There is some doubt that the current price of oil would generate the revenue Congress is hoping for. About 10 years ago, the Congressional Budget Office projected that leasing ANWR for drilling could raise approximately $5 billion for the federal government, but the price of oil has dropped dramatically since then.

Political analysts expect most Democratic members of Congress to vote against the budget and tax bills pushed by the GOP, but some Republicans could also oppose the ANWR language, Martinson says. The question is whether or not they oppose it strongly enough to tank the entire tax reform effort.

Native groups in Alaska argue that the area in ANWR is sacred land, as well as a key environmental area. They maintain that once the land is opened up for drilling, they will never get it back — certainly not in its current pristine condition. The human activity necessary to extract up to 16 billion barrels of oil can’t happen without affecting the landscape and its wildlife, and “could have a serious detriment to subsistence living for the Native peoples that live there,” Martinson says.

What’s more, extracting the oil will have no real national benefit, Martinson suggests. “It could make a big difference for Alaska's economy, but not outside of the state, necessarily,” she says. “And if you're looking to avoid adding to the problem of climate change, then it doesn't make sense to open up more areas for oil.”

On the other hand, Martinson adds, the contrary view argues that Russia is expanding its Arctic drilling, and “if we don't allow companies to do it here, they'll do it there.”