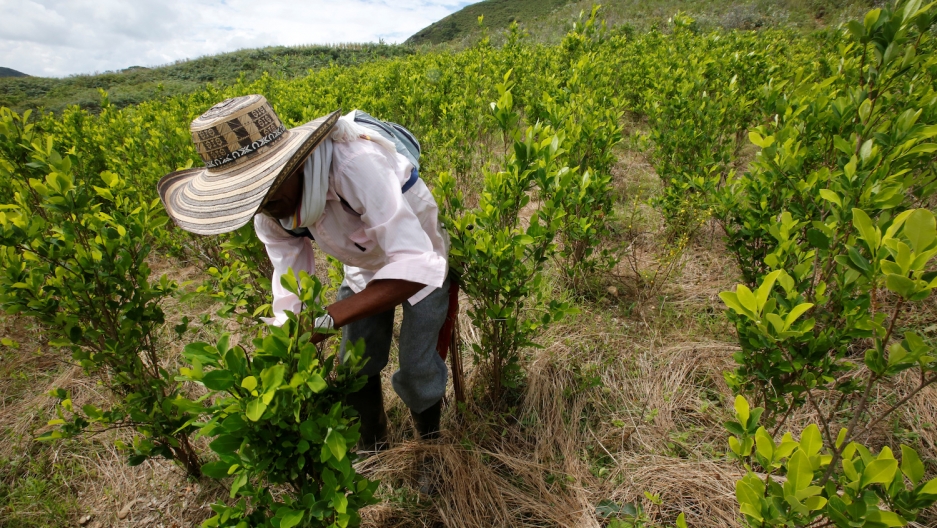 The United Nations and Bogotá signed a major pact Friday to uproot Colombia's booming cocaine business, as part of peace efforts between the government and drug trade-controlling rebels.

The deal worth $315 million aims to wean farmers off growing coca — the plant that's a raw material for cocaine (as well as teas and other uses) — by replacing it with safer crops like coffee and cacao.

The Vienna-based Office on Drugs and Crime (UNODC) said it was one of the most ambitious initiatives to date to free rural communities from the clutches of drug dealers.

Colombia is ranked by the United Nations as the world's biggest producer of coca.

"This [historic] agreement is a unique opportunity to turn the tide against Colombia's coca cultivation and help farmers embrace alternative development," UNODC head Yury Fedotov said in a statement.

Colombia's special post-conflict envoy Rafael Pardo Rueda hailed the project as "fundamental" for the implementation of a historic peace deal sealed in June between Bogotá and the Revolutionary Armed Forces of Colombia (FARC).

'Not an easy task'

The organization was formed in 1964 to fight for land rights and to protect rural communities.

But after lengthy negotiations, the FARC this summer agreed to disarm and help weed out coca by persuading farmers to switch to other forms of agriculture.

In exchange, the UN established a new mission in Colombia in July to help thousands of former FARC combatants return to mainstream society.

However progress has been slow as ex-rebels struggle to reintegrate, leaving them tempted to join other dissident groups, keep their weapons, and traffic drugs.

As a result, many villagers still face threats from armed dissidents to keep growing coca.

In addition, eradication teams have to navigate around numerous landmines planted to protect the coca plantations.

But Bogotá is hopeful that the UN-backed initiative will blow a hole in the drug trade by offering Colombia's 120,000 coca-growing families incentives to go legal.

Farmers earn around $300 a month per hectare of coca but need to give a big cut to the dealers, Rueda said.

Colombia is now offering them the same amount, which they get to keep in full.

The goal is to get rid of 100,000 hectares by next year — half by forced eradication and half by the voluntary substitution program.

By AFP's Nina Lamparaski in Vienna.