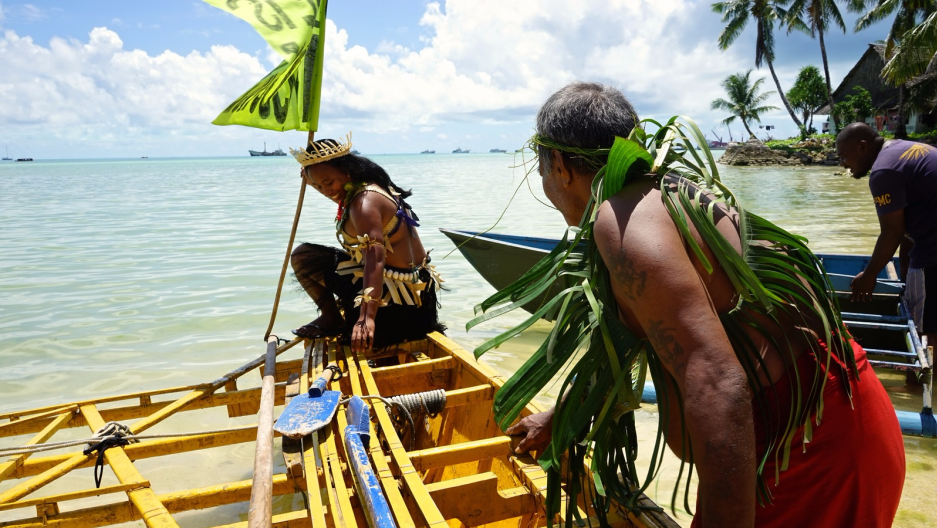 I-Kiribati citizens on a traditional canoe during a "Break Free From Fossil Fuels" protest in South Tarawa, Kiribati, in 2016. Despite discussions about climate migration, there is a staunch sentiment to remain in Kiribati.

From the air, Kiribati's capital island resembles the cross-section of a polished geode. You’ll see a painfully thin crust of land and a glassy lagoon that shifts with rising tides. For years, media outlets have called this equatorial nation “a canary in the coal mine for climate migration.” But what you perceive at a distance may be misleading.

New Zealand could become the first country in the world to recognize climate change as a valid reason to be granted residency, according to an interview with a government minister on Tuesday.

The nation's newly elected government is considering creating a new visa category for Pacific Islanders displaced by climate change. If implemented, New Zealand’s proposal would offer up to 100 humanitarian visas per year as an experimental — and unprecedented — trial.

For countries across the Pacific, like the low-lying nation of Kiribati, New Zealand’s announcement comes as a welcome gesture of regional solidarity. Coastal erosion and freshwater contamination are already altering the lives of Kiribati’s 110,000 citizens.  32 of the nation’s islands, after all, sit on average just six feet above sea level.

Famously, the 1951 UN Refugee Convention does not cover people displaced across borders due to climate change. Though Fiji had previously committed to providing future climate refuge to Pacific neighbors, the New Zealand proposal marks the first time a developed country has considered addressing the international legal protection gap with a regional visa agreement. In an interview with Radio New Zealand, Climate Change Minister James Shaw noted the proposal is a “piece of work that we intend to do in partnership with the Pacific Islands.”

The proposal has triggered a flurry of questions. Though only a handful of climate migration cases have been brought to New Zealand courts in the last decade, will 100 visas per year satisfy future demand? Will this proposed regional experiment become a model for other nations? 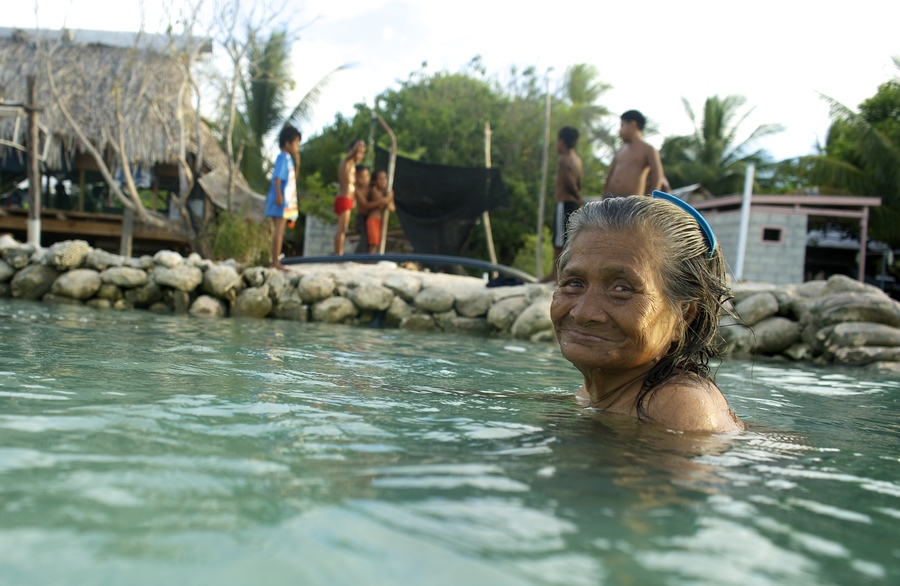 A woman swims at high tide near her house in South Tarawa, Kiribati, in 2017.

And how has it been received in Pacific nations like Kiribati?

Walking around South Tarawa, the capital island of Kiribati, you’ll hear a strong reaction to the concept of climate migration. Many outright reject the label “climate refugee” in Kiribati. Some argue that it casts I-Kiribati citizens as victims of a foregone climate conclusion. Others believe the label doesn’t assign responsibility to high-emitting countries — and eclipses the nation’s fight to protect their homes.

Just ask Pelenise Alofa, national coordinator for the Kiribati Climate Action Network. For her, migration is a measure of last resort: “It’s the last option. And if it’s the last option, let’s do everything we can now to remain in Kiribati.”

Kiribati’s government is currently implementing various adaptation measures, including sea walls, artificial land reclamation and rainwater tanks. These efforts, along with staunch civil society campaigns, aim to avoid a scenario in which I-Kiribati citizens must be forced to use New Zealand’s proposed visa option.

“We need to build Kiribati up,” says Alofa, who has traveled the world to speak about what the world’s carbon footprint feels like from her frontline home. “We need to strengthen it. So we can stay here.”

Though many Pacific Islanders migrate to New Zealand each year to pursue educational or job opportunities, here too, you'll notice a common refrain. The international community must curb CO2 emissions so that they — and future generations — can have a stable homeland to which they can return.