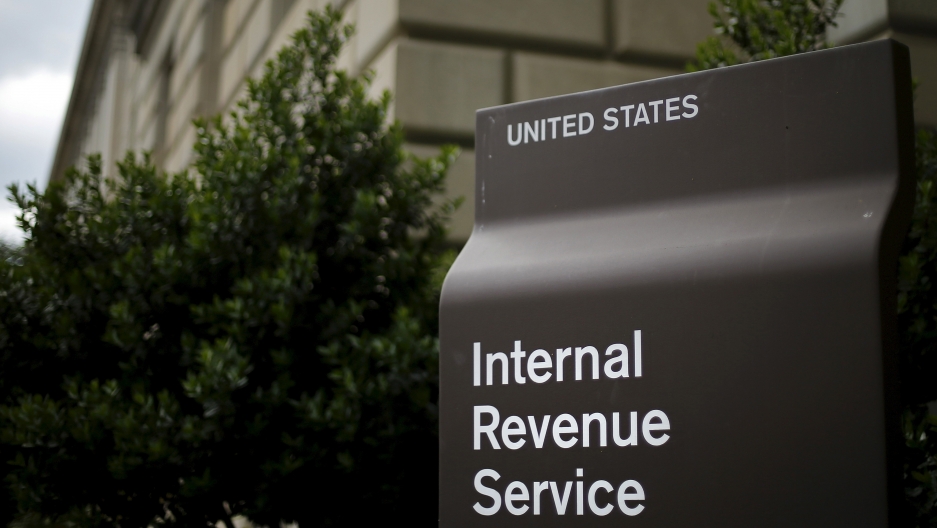 A view of the US Internal Revenue Service building in Washington, DC.

Republicans in Congress unveiled a bill Thursday to rewrite the US tax code. The bill is facing an uphill struggle, as it threatens to eliminate some popular credits and deductions while handing large cuts to corporations.

Republicans say the plan will simplify taxes and strengthen the economy. Democrats argue it will hurt blue states, and favors the wealthy.

But if you really want to understand the tax bill, take a look at other countries — and history.

How other countries do it

Author T.R. Reid says it’s clear the US tax code needs an overhaul, and there are plenty of models around the world for how to do that. His latest book is “A Fine Mess: A Global Quest for a Simpler, Fairer and More Efficient Tax System.”

Take the corporate rate. Reid agrees the Republican bill is designed to benefit businesses, but the new rate will still be high compared to many other countries.

“They're going to cut the American corporate income tax rate, which I think is a good idea,” Reid says. “We have the highest nominal rate of any country and even the effective rate ... is higher.”

“I don't think it's going to work,” he says. “They want to cut the rate to 20 percent. And a lot of countries ... already have rates lower than that: Ireland, Germany, Switzerland. Bermuda has a zero tax rate.”

Related: How we could simplify the American tax filing process

Backers of the GOP plan are also promising taxes will be simpler and easier to pay. But it will hard to simplify taxes as much as countries like the Netherlands.

“In the Netherlands it takes 15 minutes to file your taxes,” he says. “In Britain they send you a card and say, 'Here's what we think your taxes are.' If you like it you're done in one minute. And we're just not going to get that simple. And the reason is all the complications, the deductions and exemptions. They all have strong lobbyists defending them. So we should get to the level of simplicity of Germany, the Netherlands, Japan or Britain but we're not going to do it with this bill.”

“Australia and New Zealand have done a great job of eliminating deductions, credits exemptions, loopholes and therefore you can really raise the same amount of tax at lower rates,” he says.

Reid also highlights a novel way to make lawmakers think carefully about tax changes. “In Slovakia,” he notes, “they said any member of the parliament or the cabinet has to pay tax at a rate 5 percent higher than anybody else at the same income. In other words, if they raise taxes the lawmakers get hit the worst.”

How we got here

If we want to make sense of the Republican tax plan, and why it will be so hard to get to the level of simplicity seen in other countries, one way is to look at how we got here.

Taxation, in its simplest form, has always been a part of human life. Even in the earliest human societies, such as the hunter gatherers, the survival of the band depends on its members pooling their resources to ensure the survival of the weak and the vulnerable.

When agriculture came along, and the creation of food surpluses, societies found ways to provide for people deemed useful enough to get out of the business of producing food. Craftsmen and women, of course, but also a class of priests and soldiers, and eventually a class of administrators.

But of course, decisions about who pays taxes, and how much, and how the money gets spent — these are some of the prime causes of conflict in human society. Politics, at its most fundamental level, is the mechanism for resolving that — or at least attempting to.

It's partly about power. Rulers in a sense cut a deal with the ruled — something that political thinkers call a “social contract.” Philosophers like Thomas Hobbes argue that order is achieved through the compliance of society with the rule of a benevolent but absolute monarch. Others like John Locke or Jean-Jacques Rousseau give a more modern view of the social contract between rulers and ruled. They argue that if the contract is breached, the ruled have a right to change their rulers.

When one constituency believes it's being treated or taxed unfairly, it will protest. If it can't be heard, it must either comply or take further action. One of the first things to do is simply stop paying taxes, or refuse to raise new taxes — think of the Stamp Act in the US during colonial times, or the Boston Tea Party.

The first taxes, of course, were just levies of surplus food, but as societies got more complex, taxes could also include other goods and services and, eventually, money.

Governments really started to cash in when trade took off. It's relatively easy and efficient to levy taxes on ships entering or leaving a port.

Income tax is a relatively modern innovation. It’s difficult to administer cheaply and fairly, and therefore hugely unpopular. It was tried in the UK during the Napoleonic Wars a little over 200 years ago. It was tolerated only as a desperate measure by a nation fighting for its survival. But the income tax was scrapped in 1816, immediately after the war.

In America, federal income tax arrived even later, because of constitutional disputes. An income tax was imposed temporarily during the Civil War — 3 percent on incomes over $800 per year. But it was ended in 1872.

Another attempt to introduce an income tax in 1894 ran immediately into legal challenges and was, in fact, ruled unconstitutional by the Supreme Court. Article I, Section 9 of the Constitution barred any direct tax, not apportioned according to the Census:

"No Capitation, or other direct, Tax shall be laid, unless in Proportion to the Census or Enumeration herein before directed to be taken"

Congress eventually responded with the Sixteenth Amendment, ratified in 1913, and which states:

"The Congress shall have power to lay and collect taxes on incomes, from whatever source derived, without apportionment among the several States, and without regard to any census or enumeration."

For context, you should remember there was a huge amount of social unrest at this time. There was incredible poverty among the masses of industrial workers, miners and poor farmers. Income disparity was at an unprecedented height. There was tremendous anger at the ostentatious wealth of the "robber barons." Fear of violent socialist revolution encouraged the elite to give up some of their cash for the greater good.

This was just in time for World War I. Tax rates jumped. The rate for the highest earners peaked at 77 percent. The effective rate was lower, but would still astonish today’s super-rich.

But even that peak was topped during World War II. Top tax rates hit 90 percent and stayed at that level through the 1950s. The peak year was 1945 when the tax rate hit a staggering 94 percent for incomes over $200,000 (roughly equivalent to between $2 million and $3 million today). Again the effective rate was lower, but still around 70 percent.

It was also during World War II that the US introduced payroll withholding, and quarterly payments.

Income tax rates started to come down in 1964, but were still over 60 percent in the 1980s before the Reagan-era tax shake-up.

That change accelerated an increase in income disparity in the US.

And now we're looking at a new tax regime. You can see all the details here and you can find out your US income tax rate for any year between 1913 and 2012 here.

One thing is for sure: The days of 94 percent income tax rates are long gone.