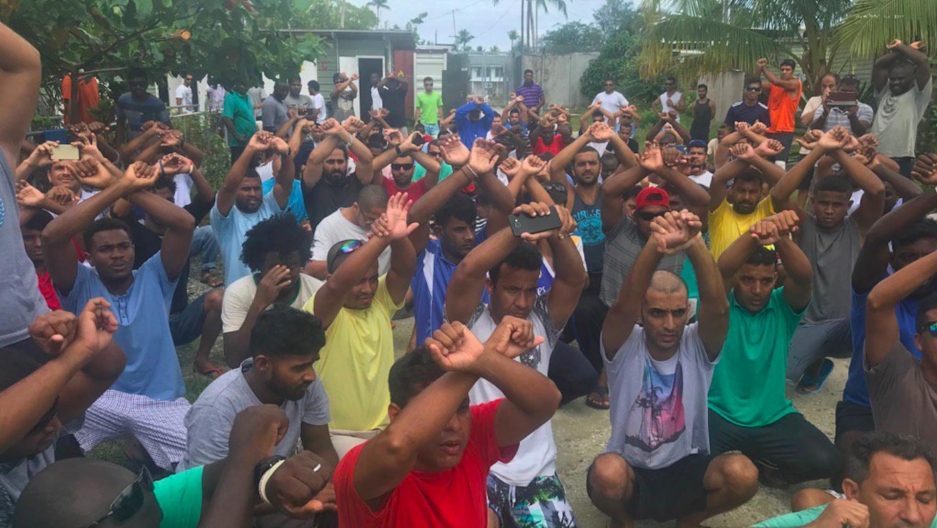 About 600 asylum seekers at the Manus Island detention center in Papua New Guinea have refused to leave after Australian and Papua New Guinean officials formally shut down the camp and cut off power on Oct. 31.

Hundreds of asylum-seekers in an Australian offshore detention camp on Papua New Guinea are hunkering down and refusing to leave. The power lines have been cut, there's no air conditioning and food is running out.

Officials from Australia and Papua New Guinea closed the Manus Island camp on Oct. 31, after Papua New Guinea's High Court ruled last year that conditions at the detention center violated the country's constitution. The camp property is now technically in the hands of Papua New Guinea, but there's no one in it except the 600 or so men who refuse to leave. They've barricaded themselves and say that it's too dangerous for them to move among the locals on Manus Island without protection.

Since 2013, Australia's "Sovereign Borders" immigration policy bars asylum-seekers arriving by boat, even for processing. Instead migrant boats, often coming from Indonesia, are intercepted at sea by the Australian navy. The migrants are then taken to one of two camps: the one in Papua New Guinea or a second on on the tiny island nation of Nauru. But since the policy went into effect, outcries from human rights groups, the United Nations and many Australians have put pressure on the government in Canberra to shut down the camps.

Since it was opened, the Australian-run camp on Manus Island has been under near constant scrutiny and criticism by human rights groups about everything from the poor state of its basic infrastructure to allegations of torture and mismanagement, astonishing rates of trauma and mental illness, and six deaths including one murder by a local resident.

Last November, in the waning months of his term, President Barack Obama agreed to resettle up to 1,250 of the asylum-seekers on Manus and Nauru. President Donald Trump called it a "dumb deal," but eventually agreed to honor it. The United Nations High Commissioner for Refugees is carrying out the vetting of the detainees, but so far, only 54 asylum-seekers from both camps have been approved for resettlement and flown to the US.

In the short term, Australia wants the asylum-seekers to leave the closed camp and board a bus to a new temporary transit center on another part of Manus Island. But the detainees say it's not safe for them there and UN representatives say the new center is not ready for occupancy. As a permanent solution, Australia has tried to get the remaining refugees to go back to their home countries or accept resettlement in Papua New Guinea. The detainees have refused both options. Most of them are from countries like Afghanistan, Iran, Myanmar, Pakistan, Sri Lanka or Syria and say returning is not an option.

New Zealand says it will accept up to 150 refugees from the offshore detention centers, but Australia has repeatedly refused the offer.

Australian Senator Nick McKim visited the closed camp on Oct. 31 and was given a tour by the men there. "I walked around that center ... and one of the questions I was asking myself was how have we lost our moral compass so badly in this country? And how have we fallen so far?"

The media have had little access over the years to Manus Island. The Guardian is getting some of its news from a reporter who is himself a detainee, a Kurdish journalist from Iran named Behrouz Boochani.

One of the detainees refusing to leave the Manus Island camp is Abdul Aziz Muhammed of Sudan, whom we've previously profiled. He's been stuck on Manus since 2013. Australian journalist Michael Green's podcast The Messenger is an ongoing chronicle of Aziz' life at the detention camp through recorded WhatsApp audio messages they have been sending to each other for the past several years.

Listen to @AbdulAz39171807 chronicle the last dark days of the #Manus detention centre. This is an SOS #EvacuateNow https://t.co/oCLfDx6oQy pic.twitter.com/yW4RGnDFJg

The World has also profiled an Iranian detainee, a cartoonist with the pen name Eaten Fish. Below is a cartoon by Eaten Fish, who has been detained on Papua New Guinea for more than four years. He sent this cartoon in mid-October, via WhatsApp. 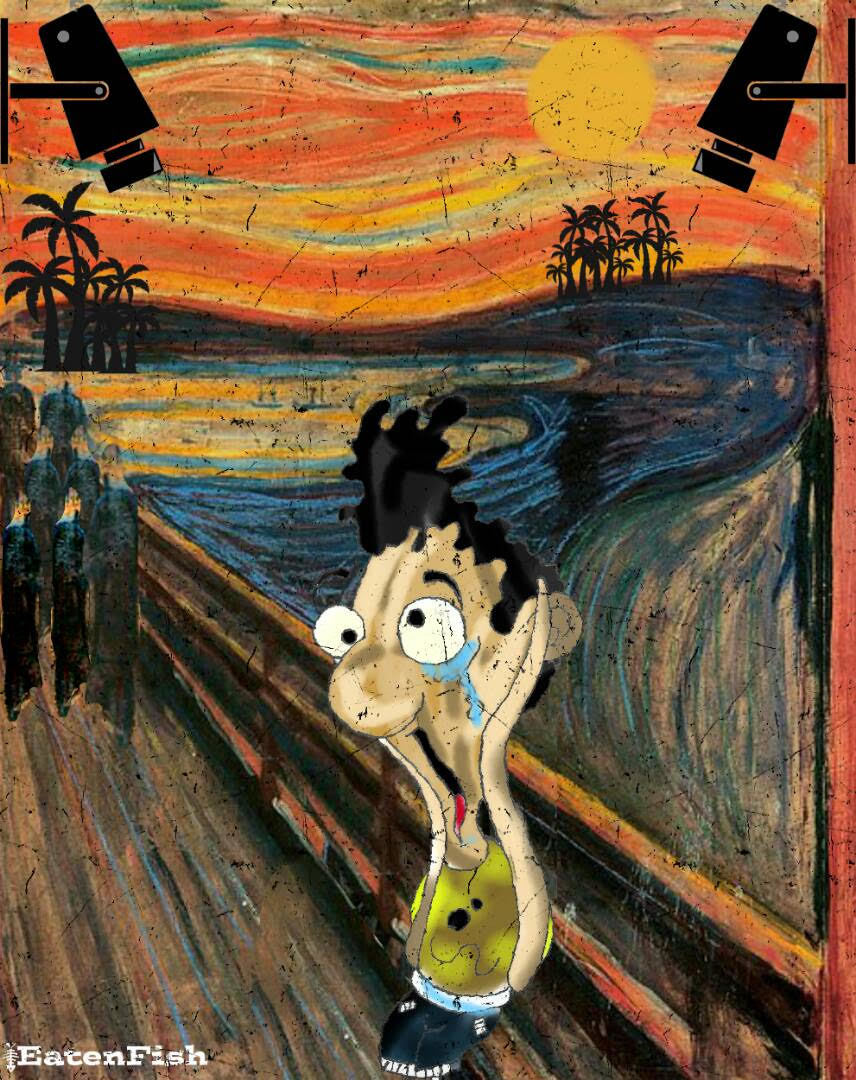