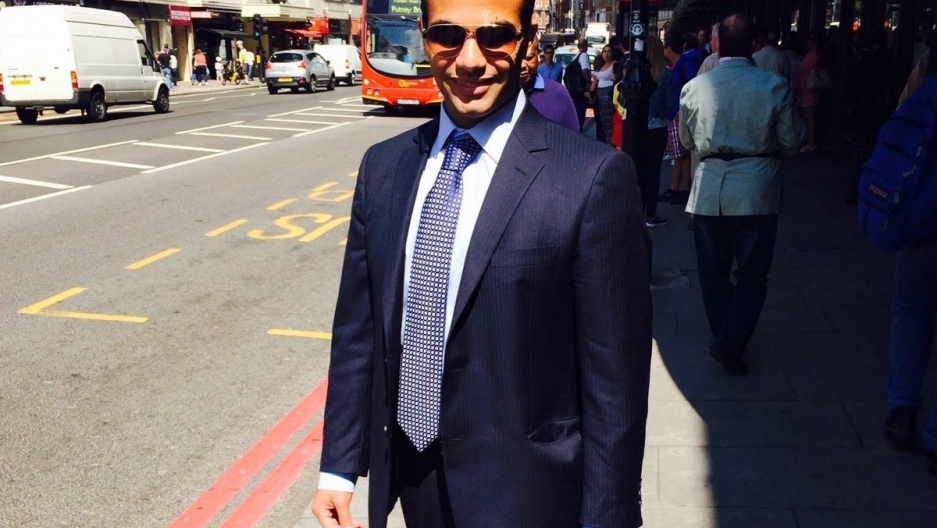 George Papadopoulos posted a picture of himself on his Twitter page Oct. 25, 2017.

Monday’s 12-count indictment against former Trump aides Paul Manafort and Rick Gates includes a slew of charges, from money laundering to failing to file reports of foreign bank and financial accounts to conspiracy against the United States.

So far, none of the charges point to direct collusion between the Trump campaign and Russia, but a guilty plea released shortly after could have more serious consequences. George Papadopoulos, a little-known foreign policy adviser to the Trump presidential campaign, pleaded guilty on Oct. 5 to lying to the FBI. Papadopoulos had received an email from an individual with close ties to the Russian government in April 2016, and concealed that from FBI investigators.

The email said the professor had Russian “dirt” on Hillary Clinton in the form of “thousands of emails.”

White House Press Secretary Sarah Huckabee Sanders described Papadopoulos as a "volunteer" for the campaign. Today, President Donald Trump said that Papadopoulos “has already proven to be a liar.”

But what do we really know about Papadopoulos, his background and his role in the campaign?

“He didn’t have a lot of experience when President Trump, as a candidate, first announced that he was on his national security and foreign policy team,” says Max Kutner, a senior politics writer at Newsweek. Kutner — who covers the FBI, Department of Justice, and the Russia investigations — began looking at Papadopoulos in August.

Papadopoulos graduated from college in 2009 and went to work at a think tank for several years, Kutner says. He then went on to work for Ben Carson's presidential campaign. Carson is now the secretary of the Department of Housing and Urban Development (HUD).

“When that campaign winds down he goes over to the Trump campaign, and he stayed there, according to his LinkedIn page, until January,” says Kutner. “As we learned, it was in January that he was first asked to speak with FBI agents.”

Though the White House has sought to minimize his role, Papadopoulos has literally had a seat at the table with President Trump when he was a candidate, and he consistently represented himself as a member of the Trump campaign, Kutner adds.

“He was certainly in touch with campaign leadership,” he says.

Unlike with the Manafort and Gates indictments, the case involving Papadopoulos is all about the Trump campaign, according to Kutner.

“I think he thought he was doing a great thing — he apparently met this professor, according to the documents released [Monday], who had said that he had Kremlin connections and that he’d introduce Papadopoulos to [Vladimir] Putin’s niece,” says Kutner. “He was new to the campaign, and I think he thought that this would make him an asset and very valuable to the campaign. Obviously, that’s come crashing down because he then lied to the FBI about all of this.”

When it comes to the Russia investigation, Mueller’s team will likely be looking for Papadopoulos to reveal who he spoke to, what his Russian contacts told him, who in the Trump campaign knew about his connections to Russia, and how the Trump campaign responded to such information, says Amy Sabrin, a retired partner from the law firm Skadden Arps, where she represented public officials and executives in DOJ investigations.

“[Investigators] might have put a wire on him, but that’s speculation at this point,” says Sabrin. “That’s a real-world scenario. As both his guilty plea and the Manafort indictments show, Mueller and his team are playing hardball.”

When considering the big picture, the plea Papadopoulos took may be strategically related to obstruction of justice allegations.

“The question is why did he lie at that interview?” says Sabrin. “Did he talk to anyone before he was interviewed about what he was going to say and receive any instructions on how to respond? That would be obstruction of justice in that case.”