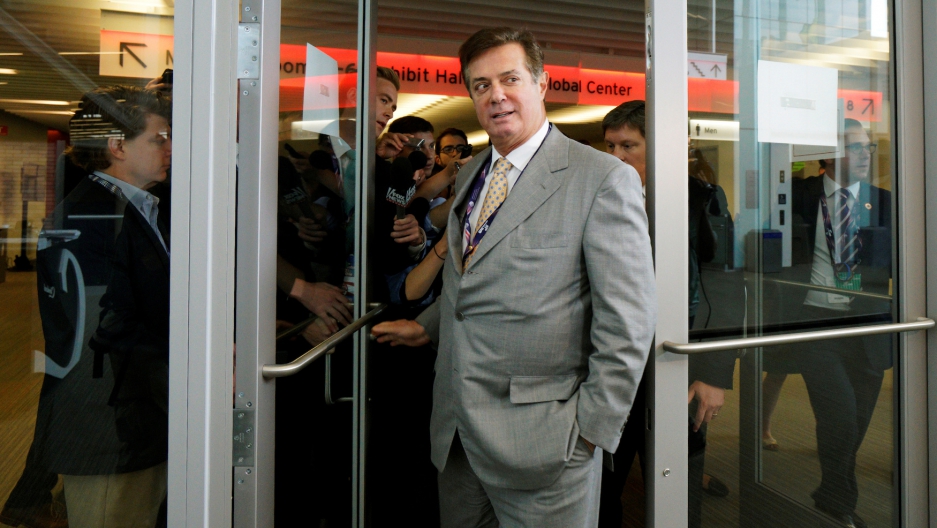 Donald Trump’s former campaign chief, Paul Manafort, was indicted Monday on multiple charges in the United States’ ongoing special investigation into Russian interference. But the US is not the only nation investigating Manafort.

An internal investigation in Ukraine concluded that Manafort earned larger sums than he previously reported as a political consultant in the Eastern European country.

Manafort was paid at least $28.5 million, far more than the $12.5 million reported last year, from “black money” funds run by the Party of the Regions, according to a source with knowledge about the investigation. The Party of the Regions served as the pro-Kremlin political base for Ukraine's former President Viktor Yanukovych, who fled to Russia in 2014.

There are at least two other funds the Ukrainian investigation identified, and maybe more, each allegedly supported by oligarchs with ties to the Kremlin.

Ukraine’s domestic intelligence service, the SBU, infiltrated Manafort’s operation at the time he was working for Yanukovych. An internal report states that Manafort was paid $600,000 a month over four years, reaching the $28.5 million total, according to a source who has seen the report.

It wasn’t clear when Manafort’s relationship with Yanukovych's party ended, but the four years covered by the internal report ended in 2014.

Manafort ran Trump’s presidential campaign from May to August 2016, when he resigned amid reports about Manafort's past work for pro-Russian Ukrainian businessmen.

Manafort and his spokesman did not return calls for comment this morning. But he has previously denied any wrongdoing. He maintains — as do his friends and supporters — that entries in the ledgers in the Ukrainian investigation are forgeries.

The question then for investigators in the US is whether Russian money in Ukraine’s political system bought influence, first with Manafort — and then, by extension with, Trump. The US president denies alleged collusion with Russia and calls the investigation a "witch hunt."

Manafort and a business partner, Rick Gates, turned themselves into the FBI on Monday, to face the first indictments to come out of a sprawling investigation into Russian interference in the 2016 US presidential election. They were put under house arrest after pleading not guilty to all charges in the Federal District Court in Washington.

This is a developing story.