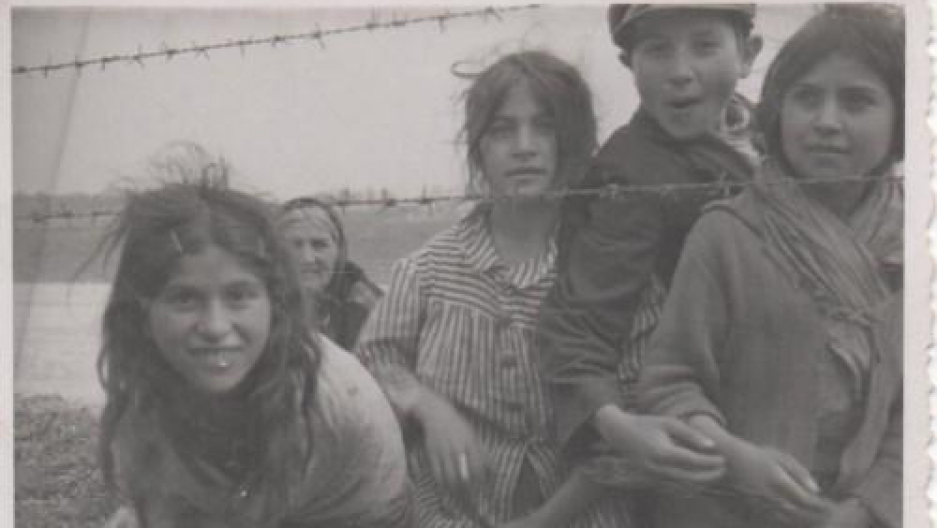 Roma prisoners in a concentration camp in the Transnistria region.

Courtesy of the Academy of Sciences of Moldova

More than 70 years after the end of World War II, the former Soviet country Moldova is planning to build a new monument to Roma victims of the Holocaust — thanks to a good Samaritan.

Also called Romany or Gypsies (which many consider an offensive label), the minority group was targeted for extermination by the Nazis. But while there are many monuments to Jewish Holocaust victims, Roma memorials started being built only recently. Germany erected one just five years ago and Ukraine unveiled one last year. In Moldova, which has a large Roma minority, there’s no standing monument to the Roma victims of the Holocaust.

“I know that the number of Roma Holocaust victims is small compared to Jews, but we must still build a monument,” said Zagorcea, a district council member in the town of Edinets who is neither Jewish nor Roma. “It should be made so that people know about the Holocaust.”

Approximately 25,000 Roma in Romania and Moldova were deported to camps in the Romanian-occupied region of Transnistria, now part of Ukraine, between 1942 and 1944, according to Ion Duminica, a Roma researcher who is head of the Ethnic Minorities Department at the Moldovan Academy of Sciences. He said only about 11,000 survived. The thousands who died were some of the hundreds of thousands — if not 1.5 million — Roma killed during World War II.

These are estimates, at best. Duminica explains that often the Roma did not keep documents and officials did not count them well either. In some instances, an official may have recorded the head of the household as deported to a camp, while not mentioning the rest of the family. Children were not counted. Women were often kidnapped by Romanian soldiers and sold to the German army to be raped — and no one saw them alive after that, Duminica said.

In general, very little is known about what happened to the Roma during the Holocaust in Moldova. While Jewish organizations have interviewed thousands of Jewish survivors, Roma victims’ memories of the atrocities are rarely recorded.

“We lost time. We should have done it in the Soviet time, or at least in the 1990s, but no one did it,” Duminica said. “Now even if you pay me, I can’t promise that we’ll be able to find a survivor [with their memory intact]. What we can find now is people with fragmentary memories of childhood.” 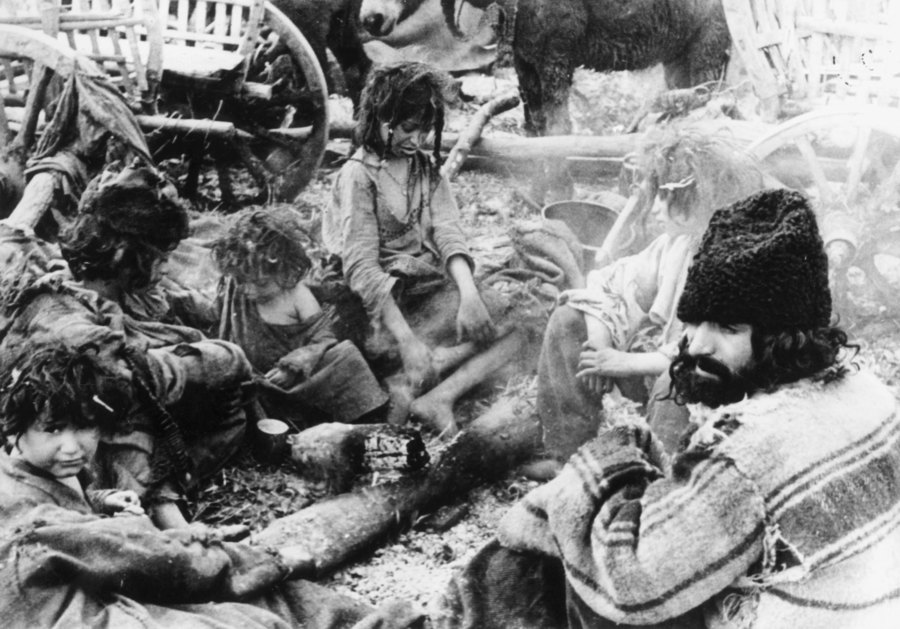 A still from a film shot by a German soldier in April 1944 of Roma who were deported from Moldova to the Romanian-controlled region of Transnistria.

What scholars do know is that Romanian fascists, who sided with Adolf Hitler and occupied Moldova during the war, treated the Moldovan Roma differently from Jews. While they deported the Jews right away in the summer of 1941, the Roma were allowed to stay put until 1942. And even then, not all Roma were deported. The authorities expelled nomadic families and those considered unproductive, including those with a criminal record, those who were destitute and even fortune-tellers. Duminica said there were no mass executions of Roma in Moldova.

In some towns, the Roma were able to strike a deal with Romanian officials. For example in Soroca, which is known as the Roma world capital, the Roma baron saved his community from deportation using his negotiation skills, said his great-grandson Artur Cerari, who is the current Roma leader in Soroca.

But the communities in the towns of Edinets, Balti, Floresti, Briceni and other areas were not so lucky. Lured by fascist propaganda to the so-called work camps, and robbed of their gold and their horses, they perished from hunger, typhus and from the cold. There were even cases of cannibalism, according to Duminica, with parents trying to save their children by feeding them dead family members.

“The Roma said, ‘I wish we were executed like the Jews,’” Duminica said. “When they remember [that time], they start crying.”

The only difference between the fate of the Jews and the Roma in the Romanian concentration camps was that the bodies of the Roma were not burned, because a priest once came and told the fascists that since the Roma are Christians, it is not right to cremate them, Duminica added.

A prior attempt to honor Roma is trashed

Moldova’s new Roma monument will be the country’s second attempt to honor the memory of the Roma during the Holocaust.

In 2003, a monument was built in the capital Chisinau, but it has been completely destroyed by vandals. Only the foundation is left.

“Who destroyed it? When and why? Nobody can answer these questions,” Duminica said. “It’s very politicized because there are people who don’t want to remember the Holocaust and praise the actions of [Ion] Antonescu,” he added, referring to Romania’s fascist leader.

Moldova’s Roma minority, which is estimated at between 12,271 and 250,000 people, still suffers from discrimination. Sometimes negative feelings erupt into violence. For example, last summer, the residents of the Tirnova village wanted to throw all of their Roma neighbors out of the village.

“Most people still think the Roma are lazy, that they are parasites who should be sent somewhere and isolated,” Duminica said. “It’s the same as it was between the two wars that led to the Holocaust.”

What he said he fears the most is that the Roma could be deported again, as they were during the Holocaust.

“I don’t know what will happen if an order is made to deport the Roma somewhere again. I’m afraid that society will accept it,” he said.

Not all Moldovans feel this way, however. Some like Zagorcea want to raise awareness of the group and their historical suffering. 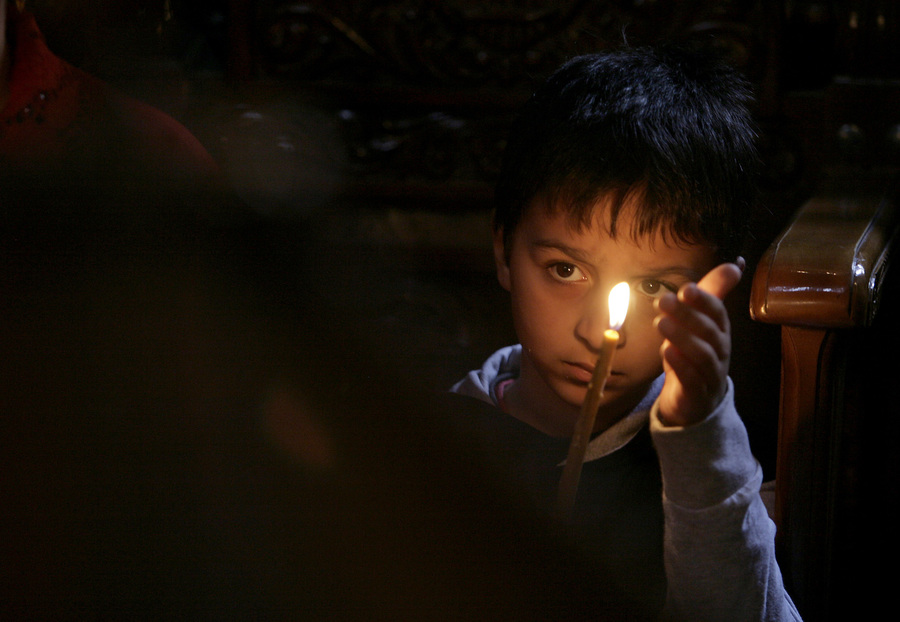 A child from the Roma community holds a candle at a church in Bucharest, Romania, on June 1, 2007, in a religious service marking the deportation of thousands of Roma people during World War II.

The former politician envisions a structure that’s 65 feet long and 6 1/2 feet tall, made from local stone, with columns and a roof resembling an ancient Greek temple. He estimates the project will cost $4,000. He also wants it to include an engraved illustration of a Roma concentration camp and inscriptions in Romanian, Russian, Romany and English.

Cerari, the Roma baron of Moldova who is regarded as the most respected Roma leader in the former Soviet Union, said that a monument to the Roma victims of the Holocaust is a step in the right direction — but more needs to be done.

“The monument for Holocaust victims — we definitely need it. We are also planning that monument in Ukraine in Domanevka,” he said, referring to a project in southern Ukraine’s Mykolaiv region, where the concentration camps were.

The Roma in Moldova, one of Europe’s poorest countries, largely live in deep poverty. Cerari said funds donated by the European Council for the Roma people recently disappeared, and he alleged that government officials pocketed it.

In the town of Edinets, where Roma make up about 3 percent of the population, Zagorcea said his biggest challenge will be getting the City Hall to give him a permit to put the monument in the center of town.

He already has friends who will donate the stone and let him use a crane, he said.

“If the City Hall doesn’t agree, I’ll put the monument while they’re sleeping at night — and let them try to take it down,” he said. “I'll mobilize the entire community.”