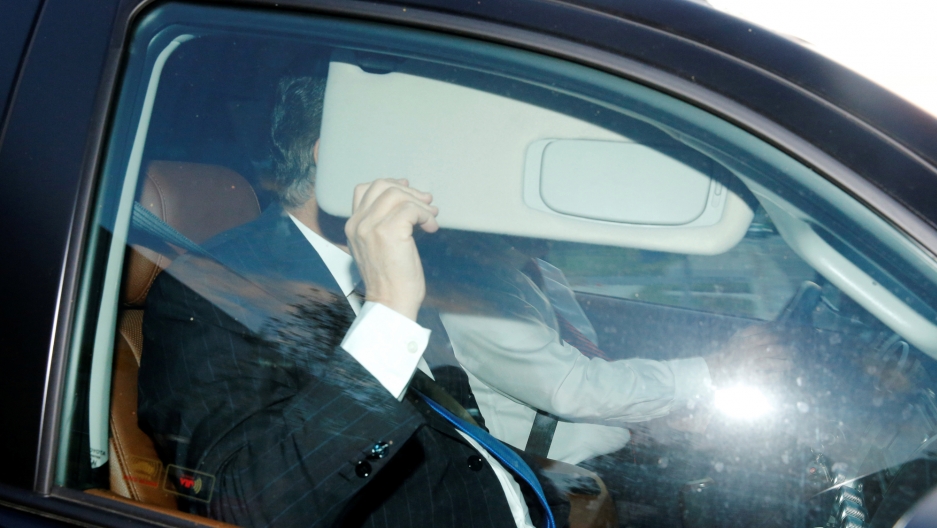 Donald Trump's former campaign chairman and two other senior aides have been charged as part of the investigation into Russia's manipulation of the 2016 election, bombshell court documents revealed Monday.

Paul Manafort and associate Rick Gates were hit with a dozen indictments ranging from conspiracy against the United States to money laundering, while another former campaign aide pled guilty to lying about Kremlin-related contacts.

The unsealed charges were an explosive opening salvo from special FBI investigator Robert Mueller, after months of speculation and spin about possible Trump campaign collusion with Moscow.

While falling far short of being a smoking gun for conspiracy, the unproven charges suggest a pattern of top Trump associates looking East for political and economic gain.

Papadopoulos also said he met with a woman he described as Vladimir Putin's niece as well as with the Russian ambassador in London in March last year, after which he told other campaign officials that they had discussed arranging meetings with Trump and campaign staff.

The revelations prompted a furious and defiant reaction from Trump, who dismissed allegations of collusion and called on election rival Hillary Clinton to be investigated.

"Sorry, but this is years ago, before Paul Manafort was part of the Trump campaign. But why aren't Crooked Hillary & the Dems the focus?????" Trump tweeted. "....Also, there is NO COLLUSION!"

Sorry, but this is years ago, before Paul Manafort was part of the Trump campaign. But why aren't Crooked Hillary & the Dems the focus?????

But the charges signal a dramatic new phase in Mueller's investigation, one that holds grave perils for the Trump presidency.

Papadopoulos told the FBI that he had informed Trump and others in a March 2016 meeting that he could organize a meeting between then candidate Trump and Russian President Vladimir Putin.

"Through his false statements and omissions, defendant Papadopoulos impeded the FBI's ongoing investigation into the existence of any links or coordination between individuals associated with the campaign and the Russian government's efforts to interfere with the 2016 presidential election," the indictment said.

US intelligence agencies have concluded that Putin ordered a vast influence campaign to help Trump win election, including the hack and release of Democratic Party and Clinton campaign emails.

Democrats — who dismiss counterallegations against Mueller and Clinton as a blatant attempt to divert attention — on Monday called for the special counsel to be protected.

"The president must not, under any circumstances, interfere with the special counsel's work in any way," said top Senate Democrat Chuck Schumer.

"If he does so, Congress must respond swiftly, unequivocally, and in a bipartisan way to ensure that the investigation continues."

Manafort and Rick Gates were due to appear before a US magistrate later Monday.

Manafort was among the participants of a June 9, 2016 meeting at Trump Tower with a Kremlin-linked lawyer that raised suspicions of collusion between the campaign and Moscow.

The meeting was arranged by Trump's eldest son, Donald Jr, in hopes of receiving damaging information on Clinton.

Manafort's indictment made no mention of Russian involvement in the US campaign, however, focusing instead on Manafort's earlier Ukrainian ties.

A long-time political operative and consultant, he was recruited in March 2016 to round up pro-Trump delegates to the Republican Party convention.

But in August he resigned as Ukraine corruption investigators released files showing large payments to Manafort companies and it became clear he was under investigation in the United States in relation to that.

Federal law enforcement officials were reportedly aware of wire transfers linked to Manafort as far back as 2012, when they began investigating whether he committed tax fraud or helped the Ukrainian regime — at the time close to Russian leader Vladimir Putin — launder money.

By AFP's Paul Handley and Andrew Beatty in Washington.