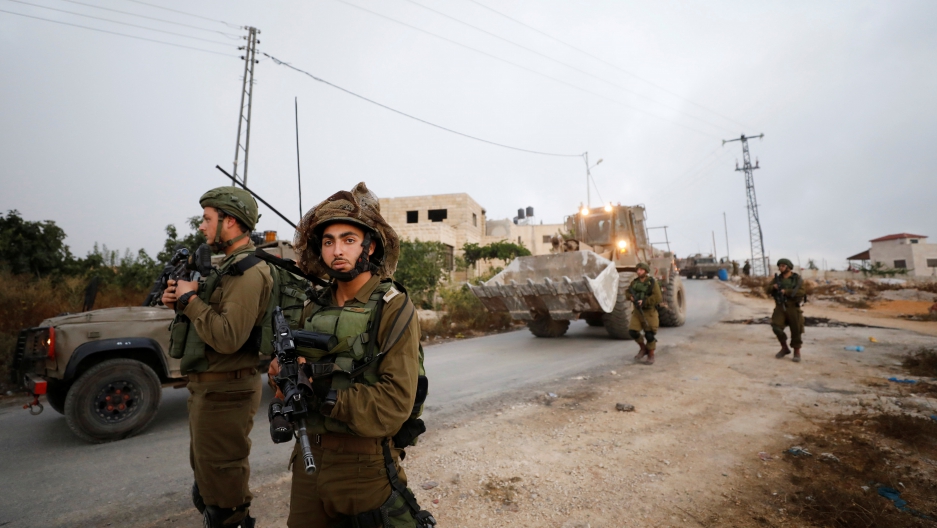 Israeli soldiers stand guard during the demolition of the family house of Palestinian assailant Omar Alabed in the West Bank village of Khobar near Ramallah Aug. 16, 2017.

Israeli Defense Minister Avigdor Lieberman said Sunday he wants to expand the controversial policy of demolishing homes of Palestinians involved in fatal attacks to include perpetrators who seriously wound Israelis.

The minister has instructed the army and defense ministry to "examine the possibility to demolish the homes of terrorists who carried out attacks in which Israeli civilians were seriously wounded," Lieberman said in a statement.

"Destroying the homes of terrorists who carried out murderous attacks is an effective and proven means in the fight against terror and deters those planning attacks," the statement said.

"There's no difference between an attack that ends in murder and one that ends in a serious injury," Lieberman said. "In both cases the homes of the terrorists must be demolished."

Israel says the demolition policy, in place since 1967, is a means of deterring future attackers.

Critics of the policy say it is a form of collective punishment, forcing family members to suffer for the acts of relatives, and illegal under international law.

They also question whether the policy acts as a deterrent or if it creates more potential attackers due to the anger it provokes.

In 2005 Israel halted the practice at the recommendation of a military panel.

There were essentially no demolitions until 2014, with the exception of 2009, when a number of homes were sealed and razed in east Jerusalem.

A wave of Palestinian attacks prompted Prime Minister Benjamin Netanyahu to announce the resumption of demolitions in the occupied West Bank as a policy in 2014.

According to Israeli NGO Hamoked, since renewing the policy in 2014 and until the end of 2016, Israel has carried out punitive demolitions of 35 homes in the West Bank and east Jerusalem and sealed another seven homes in the two territories.