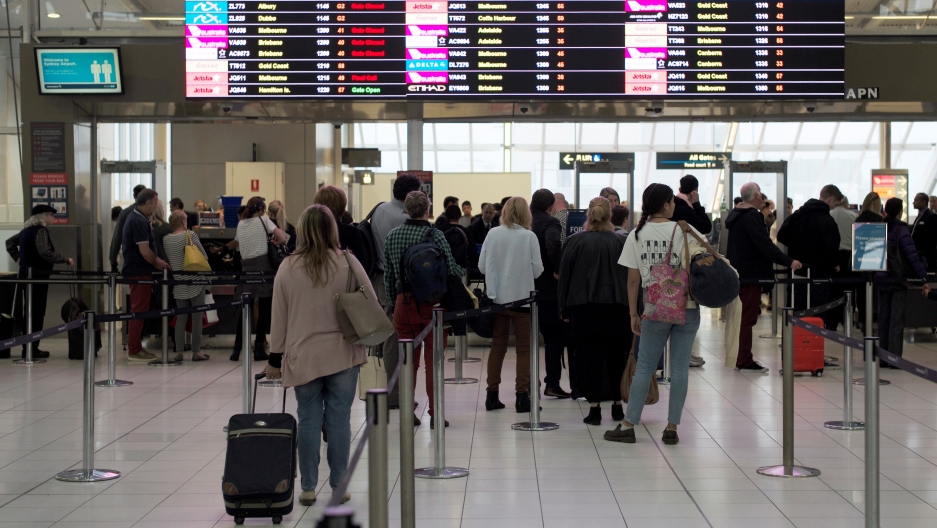 New security measures have gone into effect for all flights traveling to the US.

Airlines will be interviewing passengers at check-in and boarding gates all over the world to comply with new government requirements from the Transportation Security Administration, or TSA.

The new rules are expected to affect about 180 different airline companies — and the approximately 325,000 passengers that arrive in the US each day.

Passengers can expect a short interview with an airline ticket agent or security agent at the airport.

“The vast majority of people won't even really be aware of these questions — it’s going to be in the form of a casual conversation,” says Philip Baum. He’s the editor-in-chief of the magazine, Aviation Security International, and the director of Green Light, a security training and consulting company.

Baum says that many of the airlines who have the resources to do so have contracted security companies to conduct screenings. Others have trained their own workers to perform these duties.

Critics have raised concerns that the new security measures will increase profiling of passengers based on race, religion, nationality, etc. But Baum says the training airline employees have been receiving is focused on behavioral analysis.

It’s supposed to be more like an interview than an interrogation. “What we're asking agents to do is to look for people who do not match baseline expectations, through their behavior or through their documents, and to act on it,” says Baum.

He says it’s “common sense” security that should have been implemented years ago. You know, like the automated yes/no questions you get asked when checking in for a flight online. “Did you pack your bag yourself?” or “Has anybody given you anything to take on board?”

The TSA’s decision to add this human element back into security screenings, according to Baum, indicates a change in mindset from relying almost completely on technology to detect threats.

“Sometimes, human beings are better at identifying threats than machines.”