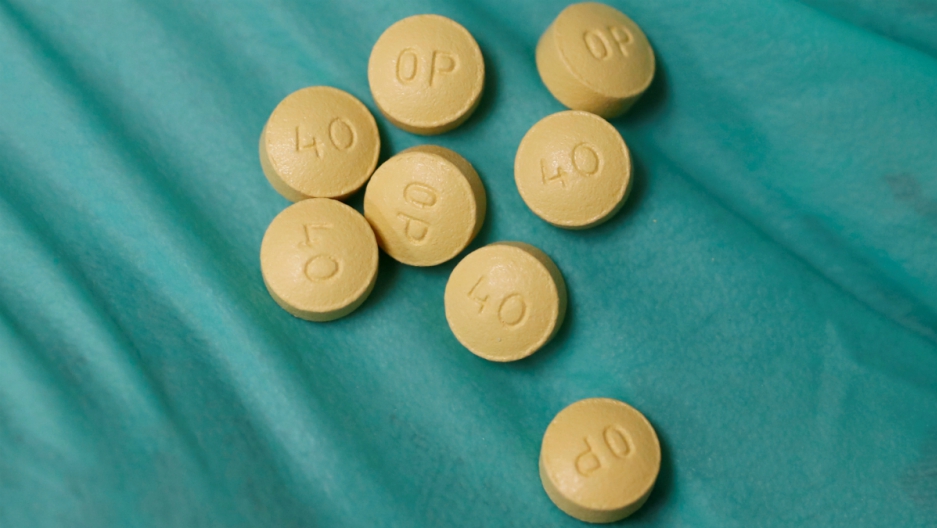 A pharmacist holds prescription painkiller OxyContin, made by Purdue Pharma, at a local pharmacy, in Provo, Utah, April 25, 2017.

When President Donald Trump declared the opioid epidemic a public health emergency, he pointed a finger directly at Mexico.

“An astonishing 90 percent of the heroin in America comes from south of the border,” he said, “where we will be building a wall which will greatly help with this problem.''

But the truth is that the opioid epidemic started here in the US. Back in 1995, a family owned-company called Purdue Pharma in Stamford, Connecticut, invented a pain-killer called OxyContin.

The family that owns the company is the Sacklers.

Patrick Radden Keefe wrote an article about them, called “The Family That Built an Empire of Pain,” for the New Yorker.

He says they are now one of the wealthiest families in America.

“They are pretty well-known for philanthropy, for giving money to museums, to universities, to hospitals, and often putting their name on the things they give money to,” says Keefe, “The one thing you don’t tend see their name on is the family business, which is Purdue Pharma, which has generated the vast bulk of the wealth of this family.”

Keefe says that the family was aware that the drug could potentially be addictive when they first put it on the market, but they covered that information up, when advertising it to doctors.

A former Purdue spokesman said the Sacklers “were unified in their shock that this was happening to a product they were very proud of.” In general, though, the Sacklers have refused to speak publicly about the OxyContin crisis.

You can hear Patrick Radden Keefe talk about his investigation into the Sackler family by clicking on the audio, above.