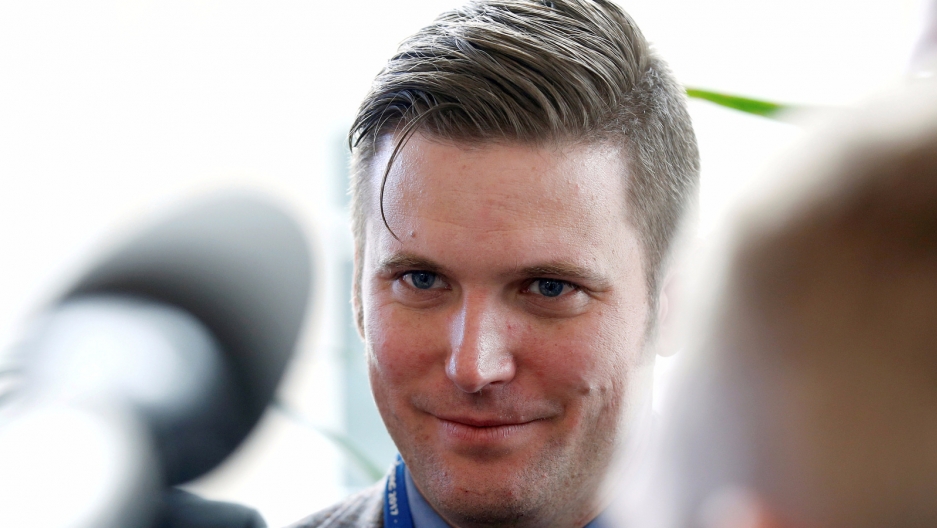 Richard Spencer, a leader and spokesperson for the so-called alt-right movement, speaks to the media at the Conservative Political Action Conference (CPAC) in National Harbor, Maryland, Febr. 23, 2017.

Poland's foreign ministry on Thursday said it objected to a visit by US white supremacist Richard Spencer, whom Polish nationalists have invited to an Independence Day event next month.

Spencer is the 39-year-old leader of the so-called "alt-right" movement — encompassing white supremacists, neo-Nazis and the Ku Klux Klan — and the organizer of a white supremacist rally that erupted in deadly violence in Charlottesville, Virginia, earlier this year.

"As a country that was one of the Nazis' greatest victims, we believe that the ideas propagated by Mr. Spencer and his followers may be a danger to all who hold dear human rights and democracy. They are also against Polish law and order," the Polish foreign ministry wrote in a statement posted to its Twitter account.

"The foreign ministry staunchly objects to a Polish visit by people expressing views based on racist, anti-Semitic, and xenophobic ideas," it added, without clarifying whether Spencer would be prevented from entering the country.

Earlier this month, the Polish far-right National Social Congress (KNS) wrote on its Facebook page that Spencer would be a panelist at its "Europe of future" debate in Warsaw on Nov. 10, on the eve of Poland's Independence Day.

On Monday, the American Jewish Committee (AJC) called on Polish authorities to stop Spencer from taking part in the event.

"We believe it is necessary for authorities to send out a clear, strong signal that taking part in Richard B. Spencer's activities is unacceptable," AJC Central Europe director Agnieszka Markiewicz wrote in an oped published in the Gazeta Wyborcza daily.

The white nationalist rally in Charlottesville that Spencer organized in August triggered a weekend of clashes in which a woman was killed when a car plowed into counter-protesters, and two police officers died in a helicopter crash as they were responding to the violence.

Spencer also co-organized a conference titled "The Future of Europe — Perspectives on Geopolitics, Identity and Nationalism" that was slated to take place in Budapest in October 2014 but was canceled by the interior minister, who described the speakers as "proponents of racist ideologies."

Spencer was then deported from Hungary.